Lord McConnell, better known in Scottish politics as plain Jack, has the distinction of being the only former first minister who still matters.

Henry McLeish, an underwhelming former Labour MP whose reign in Bute House was short-lived and ended in ignominy, and who has since kind-of, sort-of given his support to independence, is little respected on either side of the constitutional debate. Alex Salmond is both unlamented and not much more these days than an extremist darkling. The early loss of Donald Dewar means that McConnell pretty much has the role of distinguished grandee to himself, at least until Nicola Sturgeon leaves office.

In an emotional interview with Holyrood magazine this week, McConnell bares his soul. At times angry, at times despairing, even tearful, the lifelong campaigner for devolution passes withering judgement on how the Scottish parliament is performing, how the independence debate has devastated the capacity for serious debate and action on public services and the economy, and how little hope there seems to be that this will change. Coming from a politician who is known for his optimism and problem-solving approach, and who rarely lacks a twinkle in his eye, the anguish is all the more powerful. And it is very hard to disagree with any of it.

McConnell cannot be written off as just another Yoon whinger. For decades before the arrival of Holyrood he was regarded as being on the “nationalist” wing of Labour. In this week’s interview, he asserts that “I always talked about the United Kingdom, rather than Britain… I’ve always been really clear in my own head about the right of the Welsh to identify their own constitutional position, the right of the Scots, the right of the Northern Irish, the rights of the English, to ultimately all make their own decisions. The UK is not one nation, it’s a multinational construct.” 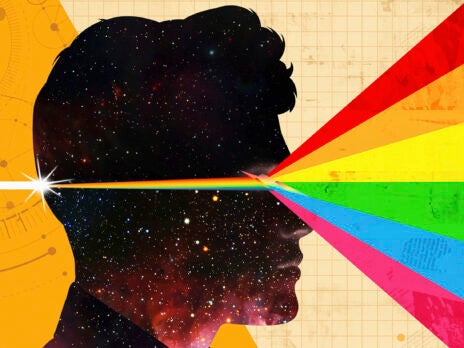 [See also: Is the SNP facing a winter of discontent?]

McConnell also has a good relationship with Sturgeon, whom he respects and admires. As first minister for six years he deliberately changed the nature of the job so that “Scottish solutions for Scottish problems” became more than just a slogan, and Holyrood began to behave with greater autonomy from Westminster. Under his leadership Scotland was the first part of the UK to introduce a smoking ban – not then the simple slam dunk it might seem in retrospect – and he changed the laws so that foreign students could stay on after graduating, in an attempt to boost the quality of the workforce. It has been a long way down for Labour since McConnell lost to Salmond’s SNP in 2007.

I know from our conversations over the years that while McConnell is a lifelong Labour man (apart from a childhood flirtation with the SNP) he is not overly tribal and puts nation before party. He has been quick to praise Sturgeon and her government when they have acted positively. I also know his frustrations have been bubbling closer and closer to the surface in recent months.

Scotland is “stuck”, he says. “Since the aftermath of the [2014 independence referendum] vote, basically, we are where we were back then and putting the pandemic to one side, almost nothing has changed in Scotland since the referendum.

“Not just in terms of public opinion, but in terms of everything else as well, education, employment and so on. Some things are slightly worse and at its heart is the polarisation around the constitutional issue. Public discourse in Scotland has got us to a stage where there is no potential in the immediate future, I don’t think, to change any of the policies or the delivery in areas where things could be improved, because all we are doing is waiting for the next referendum.”

There is, he says, “a lack of accountability” and “real discussion”. “If somebody makes a comment, positive or negative, about either the Scottish government or the UK government or about any public service or legislation or issue, then what they say is immediately categorised by where they are perceived to stand on the constitutional issue. And nobody engages with the actual issue itself. So, we have basically no public debate and no public accountability.”

As someone who runs one of Scotland’s few think tanks, I would agree that there is a depressing low level of policy debate. There is plenty of appetite for it in the country, among the business leaders, academics, third sector types and engaged citizens who turn up religiously at our regular events to debate education, healthcare and the economy, among other issues. But the level of engagement from the government is low and too often feels tokenistic. It is very hard to gain purchase and make a difference. One tires of saying it, but real reform takes courage and a willingness to challenge and fall out with vested interests – when your main goal is to win an independence referendum, you’re inevitably cautious about making enemies. So the country ends up stuck.

[See also: Labour needs to end its addiction to Britishness]

This is not to doubt Sturgeon’s abilities or her passion and ambitions for Scotland and its people, but it is to point out a real and seemingly insurmountable structural flaw. Because nearly 90 per cent of voters in May cast their ballot for the party that most closely mirrored their view of the constitution, there is also little carrot or stick facing the SNP and the Tories, who benefit most from this, to step away from the independence debate. Meanwhile the Nats remain 20-plus points ahead in the polls, but there is no public majority for a referendum. Again, stuck.

It is this tragic failure of devolved Scotland’s potential that seems to leave McConnell at his lowest. “…this is the exact opposite of what I believed and hoped for from the age of 18 about devolution,” he told his interviewer, his voice breaking and his eyes welling up. “Sorry, I’m feeling quite emotional about it right now. I mean, I spent my whole adult life, from the age of 18 to the age of 38, trying to get that Scotland Act passed because I believed that if you had a devolved parliament in Scotland, you could create a new quality of public debate in Scotland, that we would see us making, mostly, the right choices and vitally, improving life across every part of Scotland.

“I absolutely believed that’s what it would mean, and I think we tried to do that. But I think we’re in a situation now where probably Scotland is worse than it has ever been. And I find that just incredibly sad. I’m really, really, sad. Really, I mean, really. I’ve just found this year sad, everything about the Scottish Parliament election this year, before, during and after it.”

It’s worth giving space to his argument. “The drugs issue, for example, yes, it is complicated, but we’ll be no further forward on it, I guarantee you, by this time next year. There are real serious issues in the Scottish education system, for instance, and I am less bothered about whose fault it is, the fact that we’re not seriously talking about it is what concerns me. I worry about the Scottish economy and have been since the banking crash.

[See also: The Scottish Yes movement needs to rediscover its sense of fun]

“Where’s the progress, the big ideas? I despair about the delivery of transport. I cannot believe that we’ve had rail strikes every Sunday in Scotland since January or February and there hasn’t been even a public argument about it until the last couple of weeks when it may have affected Cop.

“I mean, the idea of devolution was to create better public debate in Scotland and more accountability. And it seems to me that we’ve ended up in a place where we have the opposite. And I don’t know how to change that. All my life, I’ve had strong views on what needed to be done and how you can change it… But right now, I genuinely feel like we are stuck in treacle and I don’t know how we get out of it.”

This should ring an alarm. It should stop politicians and voters in their tracks. It should make them think. What if he’s right? But as I finished writing this article I noticed an email had dropped into my inbox. The SNP, the pro-independence National newspaper and an organisation called Believe in Scotland are sending one million pro-independence newspapers to homes across Scotland. They’re gearing up for the referendum the SNP has promised by 2023. The one that will not happen, because Westminster won’t allow it and because Scots actually don’t want it. On we go, round and round, pedalling furiously, loathing each other and getting precisely nowhere. Stuck.