Borrowing will rise. But taxes will also rise – both through the previously announced National Insurance increase and through council tax. And welfare spending will fall overall, because the suspension of the pensions triple lock more than offsets the modest Universal Credit giveaway Sunak announced.

If you’re searching for an economic logic behind this, it is the right one: to go on spending and borrowing to keep the recovery on track. But the logic driving Sunak’s decisions was essentially political, not fiscal.

This was a budget of giveaways targeted to political ends: sweeteners for the Red Wall seats won by the Tories in 2019, sweeteners for the hedge-funders and bankers who call the shots, sweeteners for Scotland so long as it refuses independence, all doled out via a new delivery industry of quangos and private sector firms linked to the Conservatives. 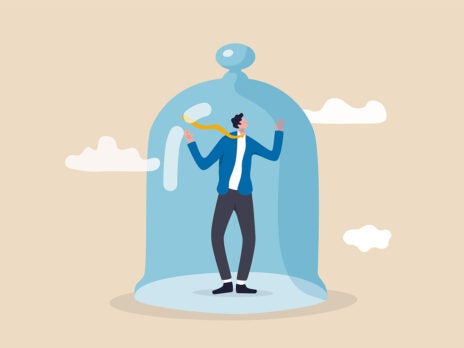 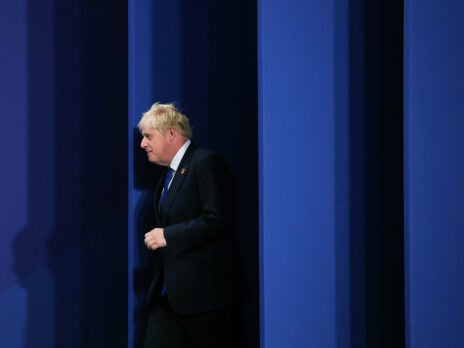 It is a Budget, in short, designed to win a snap general election – either in 2022, when growth is still expected to be around 6 per cent, or in 2023 when economic reality bites (growth of just 2.1 per cent). Thereafter, as Sunak took great pains to point out at the end of his speech, normal service will resume: taxes will be cut and the state will be shrunk, only not until the Tories have secured themselves a two-decade stint in power.

The Conservatives, in the space of just three years, have morphed – rhetorically – from advocates of a low-wage, low-skill economy to the opposite. They have shapeshifted from small-staters to running the most expensive state in living memory, and from stoking panic about gilt yields to becoming the relaxed curators of a £2trn debt pile.

There’s a whole school of Labourites whose response to this metamorphosis has been resignation and despondency. What can we do, they ask, if the Conservatives keep stealing our core idea?

Rachel Reeves, in a Budget response suddenly dumped on her by Keir Starmer’s positive Covid-19 test, gave a very effective answer. We can spell out a coherent alternative. And she did so with such clarity that it had the public schoolboys on the Tory backbenches rattled to their Asprey cufflinks.

Labour, unlike Sunak, would go on borrowing to invest. It would cut taxes on working people, starting with VAT on fuel tonight, and abolish business rates altogether, replacing them with taxes designed to force the tech monopolies to pay their fair share. It would, in addition, invest £224bn over eight years on decarbonising energy and transport.

While the Tories flaunt their insouciance over climate change, cutting the taxes paid by short-haul air passengers on the eve of the Cop26 summit, Labour has placed climate mitigation at the very centre of its investment plans. Reeves pointed out that, had the Tories not spent ten of the last 11 years squeezing life, growth and social justice out of the UK economy, Britain might not have suffered the worst recession and the worst scarring of any major country.

She told, in short, a convincing alternative story – something Labour has struggled to do since Starmer took office. By summoning the image of Johnson and Sunak as street pickpockets, buffooning around while they lift your purse, doling out favours to champagne-drinking bankers on pointless short-haul flights, Reeves also dramatised the social dynamics.

[See also: “Utter moral failure”: Why Rishi Sunak’s Budget was anything but green]

For all the fawning press Sunak gets from media types inside the network of favours, garden parties and wedding receptions that surround the Tory elite, the Chancellor wants – openly and philosophically – to radically shrink the welfare state, but who’s been forced by the unexpected arrival of Covid-19 to put it off for a bit.

The lives of real people, facing wages eroded by inflation, rising tax, fuel and energy bills, and crumbling public services, do not match the sunny optimism generated within Sunak’s Potemkin village. And that is Labour’s opportunity. In Red Wall seats where one Tory MP after another voted to flood local rivers with sewage, the penny has begun to drop: that people feel worse off because they are worse off; and that nothing in the actions of the Tory party suggest how they and their families might claw their way out of grinding, multigenerational, post-industrial distress.

So the warnings from some Labour-leaning commentators – that the Tories have put their tanks on Labour’s lawn and that the party’s electoral prospects are therefore doomed – are misguided. The differences could not be clearer.

And in Reeves the party has found – both at conference and by complete accident at the Budget – its most effective and gutsy communicator. Yes, she authored a book about Alice Bacon, “hammer of the Trotskyists”, and once disparaged benefit claimants, but Reeves also seems able to articulate the basic class antagonism Labour was formed to address.

In a party bereft of talented and articulate lawmakers, and of professionally competent people, this is all you can ask of a centrist social democrat. And Reeves’s achievement raises an interesting question. Last week, Dominic Cummings offered Labour a massive brain dump of advice on how to defeat Boris Johnson. The core of it is impossible to achieve: forget the socially liberal agenda of the labour movement and lure potential Tory switchers with promises to terrorise terrorists and jail criminals.

But in one respect, Reeves, and we should assume Starmer (who held the pen on the response speech until minutes before it was delivered), have followed Cummings’s advice – and were doing so as early as the Labour conference. They have begun to frame the party’s anti-austerity offer around tax cuts for working people – VAT, National Insurance and business rates – as well as borrowing. For it is a truism often forgotten by the Labour left that fiscal austerity can be embodied in a tax rise just as much as in a spending cut.

[See also: Who will benefit from Rishi Sunak’s Universal Credit taper rate cut in the Budget?]

The heart of Cummings’s advice was about the place and face of the party leader. If, he said, Labour could replace Starmer with “a woman from the Midlands”, she could morally destroy Johnson and force the Tories to switch to Sunak. Even facing Sunak, added the wizard of Barnard Castle, Labour would have a 25 per cent chance of depriving the Tories of their majority and a similar chance of outright victory.

Though these percentages are plucked out of Cummings’s superforecasting brain, they make basic sense. We have no way of knowing how Starmer might have delivered the Budget reply speech – only that it would probably not have been as effective as Reeves’s.

Her eyes took on a laser-like intensity as she pointed them at Johnson, reminding him that the vast majority of rapes go unprosecuted. It was a moral gut punch that most voters will never get to see. But repeated over and over, by an effective communicator, it could easily begin to chip away at public forbearance with Johnson.

There is, of course, no vacancy through which “a woman from the Midlands” could suddenly become Labour leader. But there doesn’t need to be. Labour has a clear alternative economic strategy and a senior female figure who can communicate it. Reeves should simply front Labour’s communications more and Starmer less. It wouldn’t be the first time a shadow chancellor and a party leader evolved into an effective double act.

What Labour needs to do now is find the confidence to begin the real summit hike of all parliaments: the moment where you take a vision and an agreed fiscal strategy, understand its communicative power, and begin detailed policy formation that can tell stories through pledges and actions.

A bigger army? (How much bigger?) More nurses? (How many more?) A £224bn investment programme? (On what exactly?) Greater devolution? (Through what means?)

I’ve come away from Budget day deeply unworried by Sunak and his political burlesque show.

[See also: Tories bicker about face masks, but Covid economics is what really divides them]