Carbon-neutral cheddar cheese, climate songs and Cop26 dominated the pre-Budget debate. But green was not the headline colour in Rishi Sunak’s Budget today. Cheaper domestic flights, a freeze on fuel duty for cars and investment in roads all seemed to show a total disregard for the UK’s claims to be a “climate leader” that next week in Glasgow will get the world on track to stop dangerous levels of global heating.

Ed Miliband – the UK’s shadow energy minister, standing in after Labour Party leader Keir Starmer tested positive for Covid – took the government to task before the Budget speech over the need to deal properly with the climate crisis. However, Sunak subsequently barely acknowledged climate change and the urgent need to slash emissions.

Veteran Green MP Caroline Lucas said the Budget amounted to an “utter moral failure” in such a crucial year for the climate. The Budget “takes us yet further away from the kinder, greener, fairer economy we desperately need”, she wrote on Twitter.

Over an hour passed before the Chancellor made any mention of greening the UK (the word climate never passed his lips). This came in the form of a promise to provide £30bn for green infrastructure, though it is unclear how much of this is new funding. And while the Chancellor has pledged £30bn in total investment from 2020 to 2024, the Green Alliance, a UK organisation, believes £14bn in additional investment is needed every year during this period. 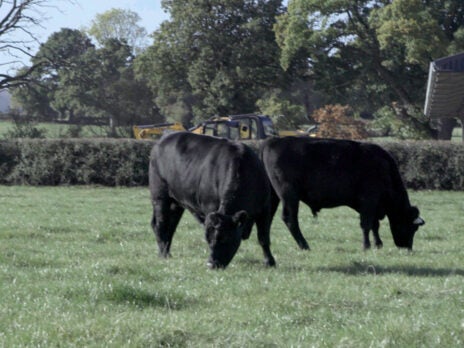 His decision to make short-haul flights cheaper by adopting a lower rate of air passenger duty caused particular outrage among environmentalists. France, for example, is banning short-haul flights for routes where train services are available. Instead, Sunak chose to increase the rate of tax on longer flights, where there are generally no viable, less-polluting alternatives.

Sold as help for lower-income households, Sunak also introduced measures that should save the average driver £1,900 a year on fuel. This comes from a government whose net-zero strategy envisages a world of electric cars and has agreed a ban on the sale of new petrol and diesel cars from 2030. “Those of us who don’t have cars or have electric vehicles will now be subsidising those who drive SUVs,” commented Molly Scott Cato, the Green Party’s economics expert.

The Chancellor did, however, also promise to increase investment to support London-style transport across the regions of England and to invest £46bn in railways – as well as £21bn in a less green transport method in roads.

His plans to invest £20bn in research and development by 2024-25 “to secure the UK’s future as a global science superpower” could also benefit the green transition, but this was not explicitly stated. As could promises to raise government spending on skills and training by £3.8bn over the parliament, given the huge shortage in heat pump engineers and construction workers, who will be vital in helping to decarbonise the nation’s homes and offices.

A final point of green discontent was Sunak’s pledge to return UK overseas development to 0.7 per cent of GDP, from the current low of 0.5 per cent, but not until 2024/2025. Campaigners and researchers have underlined how this cut will hit climate action in developing countries. It could also reduce money for other areas of need, such as healthcare, in poorer countries, as the UK sticks to the global commitment from developed countries to spend $100bn a year on climate in the Global South.

“When the Beatles and booze get more airtime than net zero, you know where the Chancellor’s loyalties lie,” commented Heather McKay, policy adviser at UK think tank E3G. The Chancellor announced £2m in the Budget for a new Beatles attraction on the Liverpool Waterfront and radical changes to alcohol duty.

Sunak was “living in a parallel universe”, commented Rachel Reeves, shadow chancellor, in her response to Sunak’s speech. She underlined the job and economic opportunities offered by climate action and the enormous cost to society of allowing greenhouse gas emissions to go unchecked. By failing to invest properly in the green transition, the government was leaving consumers to bear the burden of insulating their homes, and UK heavy industries, such as the steel sector, lagging behind in the global race to decarbonise, she said.

“At next week’s summit in Glasgow, the government wants to be seen as a global climate leader, yet there is nothing in this Budget about climate finance,” said Nick Dearden, director of Global Justice Now. “If the Chancellor’s failure to give the climate more than a passing mention in today’s inward-looking Budget is anything to go by, there will be little trust or faith in the UK’s ability to deliver on its pledges at Cop26.”

Topics in this article: Budget