Today’s IPCC report on the physical basis for climate change states unequivocally that the world is at a crucial moment for mitigating disaster. Even with determined international effort, global temperatures will rise by 1.5°C on average. Heatwaves, wildfires and flooding will become even more severe and more common. By 2100, once-in-a-century weather events could start to happen every year.

But it would be a mistake to think that everyone in Westminster, in government or in politics more broadly accepts the scientific and economic consensus that this is the greatest and most pressing challenge humanity has ever faced.

Last week (5 August), for example, a group of British MPs released their own report, which struck a very different note. Decrying the “environmental evangelism [and] virtue signalling” of the government’s plan to phase out petrol and diesel engines, the report by the All-Party Parliamentary Group for Fair Fuel for UK Motorists and UK Hauliers was written largely by Howard Cox, who founded Fair Fuel UK, a lobbying group that campaigns against fuel taxes (successfully – fuel duty has remained frozen since 2009).

The publication supported by, among others, the Road Haulage Association and the Global Warming Policy Foundation (GWPF), a lobbying group which contests the scientific basis for anthropogenic climate change. 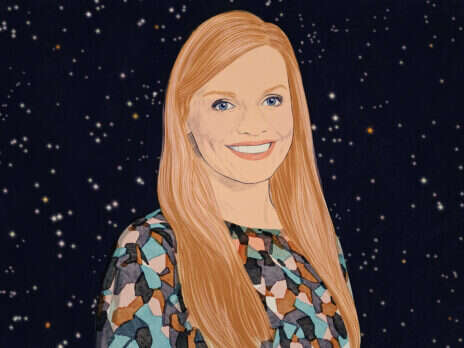 The report quotes the MP Steve Baker, who stated when he became a trustee of the GWPF that he was “increasingly concerned about the astronomical costs of the current net zero plans”, which he thinks “would mean the end of the comfortable lifestyles we have enjoyed for generations”. For “expert perspective” it speaks to the GWPF’s energy editor, John Constable, who has campaigned against wind and solar farms for many years.

While the report was described by the Association for Renewable Energy as a “barely credible” aid to “climate change denialism”, it contains warm praise from 14 parliamentarians, including the APPG’s chair, Craig MacKinlay and fellow Conservative MPs John Redwood, Julian Knight, Andrew Bridgen, Robert Blackman and John Hayes, as well as the Labour MP Graham Stringer. Another parliamentarian applauding the report from its own pages is the Conservative peer and “global lukewarmist” Peter Lilley, who is a former trustee of the GWPF, while Stringer and Baker are both current trustees.

Smart, active MPs such as MacKinlay and Baker, experienced in coordinating backbenchers, already appear to be managing opposition to what commitments the government may make at COP26. Their argument – that hard-working voters shouldn’t have to pay through the nose to avert catastrophe, as if the catastrophe itself were a cheaper option – shares a stable with other Conservative “research group” ideas about trade, Brexit and China (the Fair Fuel APPG report makes much of the argument that China is racing ahead by building more coal-fired power stations).

If this commitment to seeming reasonable and keeping a good grip on the purse strings in the face of disaster is seen to be electorally attractive, it could bring along others, such as Esther McVey, who warned last week that she didn’t want UK PLC to “go red” at the same time as it went green, and Douglas Ross, the leader of the Scottish Conservatives (and former chair of the Fair Fuel APPG), who has said his party “will not throw away oil and gas jobs to achieve climate goals”.

Opposition to any really significant commitments at COP26 might also be able to count on the support of the Telegraph and the Spectator, which have long questioned the scientific consensus. Charles Moore, the former editor of both titles, is another trustee of the GWPF.

In a year in which a Canadian town at the same latitude as southern England was obliterated by fire after experiencing a heatwave of over 49°C; as more wildfires blaze across Greece, Turkey, Siberia and California; and as scientists warn that the Gulf Stream may be becoming unstable, it is tempting to imagine most people agree the climate crisis exists. But that is not the case, and the government’s efforts to address it will face real opposition.

[see also: “Dangerous climate change has arrived”: IPCC report is a warning to the world ahead of COP26]