In this article from 1964 the New Statesman’s theatre critic John Holmstrom observed second-wave feminism‘s move into popular culture. The movement focused on the differing domestic habits of men and women. Women, Holmstrom noted, “won’t much longer be content to be thought of primarily as unpaid nannies and housekeepers”. He reviewed a series of television shows that focused on the role of women in society, including the BBC’s “Marriage Today” and “The Second Sex” – “a lively-to-a-fault series of girls-only arguments”. Holmstrom listened in to a range of assertions: Brigid Brophy believed there is “virtually no differences between the sexes”; another speaker thought married happiness largely consists of “being unhappy together”. The feminist movement still had a long way to go.

A recent rekindling of the Newsom debate has suggested the need for a second wave of suffragettism, whose aim this time won‘t be political but domestic. Sir John’s gibe about girls being educated to become “imitation men” springs from a conception of sexual roles that more and more women see as stultifying; they won’t much longer be content to be thought of primarily as unpaid nannies and housekeepers, with a little culture as a relaxing sidekick, like crochet-work. Till recently, however, only a few crusading female voices had made themselves heard, and TV hadn’t given them much scope for argument. Now, suddenly, there‘s an outburst of programmes on Woman in Society.

The dullest to date has been BBC Two‘s series Marriage Today, which favours a fussy, shapeless montage of street-interviews, specialist statements and studio discussion. We get far better value from The Second Sex (also BBC Two), a lively-to-a-fault series of girls-only arguments. In the first, on “Men as Lovers”, Elizabeth Jane Howard, chairing the group, nearly lost control in the first minute when the debaters appeared to be racing with commendable frankness straight into a discussion of sexual techniques. This premature climax was averted, but the rest not surprisingly shambled a bit – it was enjoyable, though, with Edna O’Brien striking an admirably independent line (anti-domestic, anti-romantic and rather anti-men), in contrast to the world of gallant fantasy evoked by ex-Gaiety Girl Ruby Miller.

The second programme, “Men as Husbands”, excellently chaired by Joan Bakewell, was harder-hitting, this time with the saturnine Brigid Brophy as chief anarch, putting great strain on the unshockability of the two elder members of the debate. About 10 per cent of the population, she said, had any talent for marriage, and the divorce rate ought to be much higher than it was. She slyly and devastatingly turned all the conventional totems on their heads. “My husband is a wife,” she declared happily. “I’m not a husband – we’re both wives.” She believed there were virtually no differences between the sexes – “about four” – and this of course is exactly the sort of outrageous (and probably true) statement one wants to hear aired in an adult discussion. 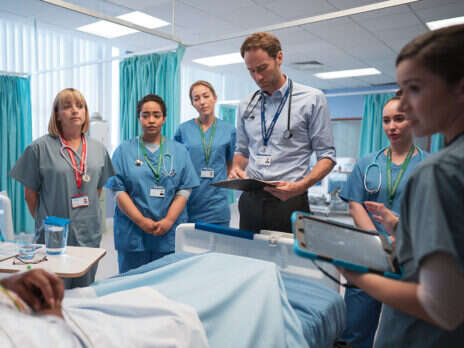 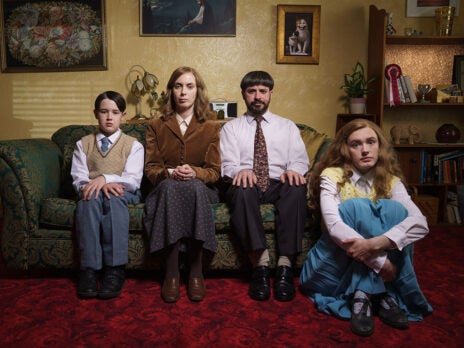 Everyone Else Burns attempts “edgy” comedy – but ends up predictable

[see also: The Case Against the Sexual Revolution: liberal feminism under attack]

Miss Brophy wasn’t the only good one – all four speakers, old and young, were forthright and unbigoted, and their conclusions satisfyingly fresh: that it was just as reasonable for a woman to support a man as vice versa, that promiscuity, like foreign travel, may enrich, that platonic infidelity can cause quite as acute jealousy as the physical kind, that married happiness largely consists in “being unhappy together”, and that honesty is the one essential. The third debate, on “Men as Children”, was a disappointment, falling into all the predictable clichés about men’s childishness being their main charm; but this series has real zest.

TV drama, too, seems to be turning a special eye on to the new feminism. BBC Two has launched another of its daunting Theatre 625 trilogies – this time by Colin Morris on Women in Crisis – which began with a rather glib and over-eloquent casebook study of a young woman married to an insecure, neurotically jealous and aggressive husband. The second play was an upsetting but uninspiring piece about a couple with a child with learning difficulties – too calculatedly harrowing and too tragically and “beautifully” played by the mother, but with a staggering performance by the little boy, Alan Baulch, who I’d only noticed before (in Z Cars and with Sid James) as a perfect natural comedian.

I was more drawn to Margaret Drabble’s Laura, in the Granada play series It’s a Woman’s World, which expressed vividly and comically the desperation of a young flat-bound mother, with her university education painfully festering inside her (a dankly waspish characterisation by Patricia England).