The people most ignorant about a prescription drug are the patients taking it, wrote Jad Adams in this article from 1984, which argued for a reconfiguring of the British pharmaceutical industry. According to a 1977 law, if pharmaceutical companies informed patients about a drug at all, they were obliged to provide a leaflet detailing information on all side effects. But the industry and doctors argued that juxtaposing major but rare side effects with minor, common ones resulted in a decrease in patient compliance. The (totally legal) alternative was for companies to give absolutely no information at all. Adams described a new method of identifying drug risks that involved doctors recording events which happened to a patient while they were taking the drug, whether they seemed related – a rash, for example – or not – perhaps a broken leg. “The obvious way to pick up side effects before people have died is simply to involve the patients themselves,” Adams asserted.

It could be put in the form of an Anglo-Saxon riddle: Those who buy me do not use me, those who choose me do not buy me, those who use me neither buy, nor select, nor understand me though I can change their lives. What am I?

The answer is a prescription drug from a British pharmacist where the people in most ignorance about a product are the patients taking it. 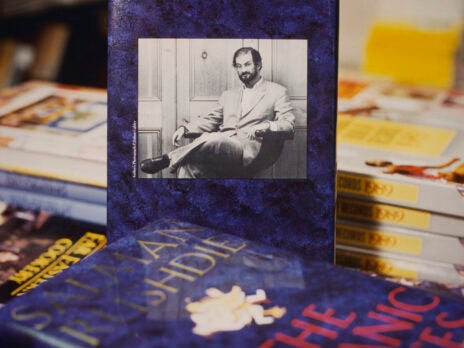 This is despite EEC regulations, existing in British law as the Medicines (leaflets) Regulations 1977. If pharmaceutical companies tell patients anything about a drug they are obliged to provide a leaflet giving full information about the effects, contraindications, side effects, precautions and warnings of the drug. However, if they prefer to, the companies can opt for an alternative – which is to give absolutely no information at all. The alternatives were written in to the original EEC directive in accordance with the wishes of two major interest groups: the pharmaceutical industry and the doctors, who both argued that patient compliance would go down when major but rare side effects were juxtaposed with minor, common ones. There was also concern about interference in the doctor’s exclusive right to communicate with patients about their condition.

One group of companies, the oral contraceptive manufacturers, decided to blaze a trail – which has not subsequently been followed – and issue complete patient information leaflets in 1979 to the three million women using the pill. The Family Planning Association graph shows that pill use is jumpy and reactive to every media scare, but it showed no flicker when the leaflets were introduced.

Fears that patients will stop using their medicines just because they know what they might do have been undermined by the work of Professor George and Professor Waters in Southampton, who ran a pilot study with patients taking anti-arthritis drugs and penicillin which found: “Patients who received a leaflet were more likely to be completely satisfied with their treatment and with the information they had been given. They were also more likely to know the name of their medicine and much more aware of potential unwanted effects.” (British Medical Journal)

But in the meantime, patients are left in ignorance and if there is a safety scare drugs are whisked off the market, either by the drug watchdog, the Committee on Safety of Medicines, or by companies fearing enforced withdrawal, with no apparent thought for the patients taking them. In the past two years we have seen the withdrawal of Opren, Zelmid, Osmosin, Zomax, Flosint, Flenac, Tandacote, Tanderil and restrictions of the phenylbutazone range.

Many of these restrictions were more than justified but as Dr Bill Inman said about Zomax, there was no consideration for “some 400 patients with terminal cancer, many of whom suffered severely when the drug, which was unusually effective in controlling pain from secondary deposits in bone, was withdrawn”.

Dr Inman was a principal medical officer at the DHSS and was one of the originators of the yellow card system of adverse reaction reporting where doctors send in reports of reactions observed in patients. No longer a civil servant and so free to speak, Dr Inman now heads the Drug Surveillance Research Unit at Southampton where he has pioneered a new method of identifying drug risks – and benefits.

Prescription Event Monitoring relies on the “green card” on which prescribing doctors record events which occur to a patient while taking a drug. This means not only is an obviously drug-induced rash recorded but also such things as a patient breaking a leg. Although this may seem unconnected with the drug, if it occurs to many patients it suggests the drug may be having an adverse effect on the patients’ central nervous system, making them more liable to fall or causing metabolic bone changes rendering the bones more liable to break.

This system, which has already had the involvement of 75 per cent of all GPs in England, allowed Dr Inman to study 10,000 Zomax patients for eight months – before and after withdrawal of the drug. The drug was withdrawn in America following its use by 15 million people of whom five died of anaphylactic shock (an extreme allergy similar to toxic shock). There had been no deaths in Britain but because there had been a media outcry in the US (a relative of one of the dead people was the owner of a television network) the manufacturers Ortho-Cilag withdrew it in Britain as well as in the US in March 1983. If there is one thing drug companies do not like it is bad publicity.

But Prescription Event Monitoring produced a surprising result. Zomax appeared to have a protective influence against heart attack and stroke. There was only one death from these causes while the patients were on Zomax but 26 in the same group after the drug’s withdrawal. Comparison with the background mortality for this age group shows this was not a rebound effect due to withdrawal from the drug.

Did anyone – drug company or government agency or doctor – ask Zomax patients if they would be prepared to accept a one in three million potential risk of death from anaphylactic shock in return for the benefits of the drug? For terminal cancer patients the risks may seem acceptable.

The story of Opren, the drug for severe arthritis, is more complicated. The delayed removal of the drug from the bodies of elderly people – because of their slower metabolisms – led to the build-up of the chemical which caused the liver, skin and nail side effects and the drug’s association with 76 deaths.

Regardless of this, doctors and patients wrote to the medical and lay press after Opren’s Withdrawal saying they or their patients would rather have accepted the risks and continued taking the drug because of the relief it gave them from the perpetual agony of arthritis. If your release from constant pain contains a risk of death you may accept that risk – if you are asked.

The obvious way to pick up side effects before people have died is simply to involve the patients themselves. They know what is happening to them and they should be allowed to report it. However, Professor David Grahame-Smith’s Working Party on Adverse Reactions (Committee on Safety of Medicines) rejected patient reporting on the grounds that: “It is essential for the Committee to have the expert opinion of the doctor treating the patient as to whether the condition suffered by the Patient was likely to be an adverse reaction to a drug.”

But as the rate of reporting of adverse reactions is only ever reckoned at 1 per cent and sometimes much lower, perhaps the expert opinion of the doctor needs a little support from the patients. Moreover, drug reaction reporting should be looking not at recognisable adverse drug reactions but – as in Prescription Event Monitoring – at all symptoms while the drug is being taken, even if they include a continuous feeling of wellbeing or an absence of travel sickness. Adverse reactions alone cannot be relied upon.

Some doctors are meanwhile attempting to produce a two-way dialogue with their patients including the use of a new card, produced by the Consumers Association’s Drug and Therapeutics Bulletin, informing them they have a new drug to which there may be side effects which are still unrecognised.

“You could help to uncover such effects if you report to your doctor any new symptom or any unexpected effect that develops while you are taking the drug, or within a month or so of stopping it.”

One such pioneering GP, Dr Laurence Pike of the Birchfield Medical Centre, Birmingham, uses these cards and patient information booklets. He says: “I will think I have arrived when each patient says, ‘What are you prescribing? Why? What will it do to me? Do I really need it? What are the side effects?’ and then maybe comes back and tells me something about its effects next time.” Would that there were more doctors like him.