What is known as the Great Strike of New Zealand, which occurred between October 1913 and January 1914, began with two minor disputes at a coal mine and waterfront. It ended with between 14,000 and 16,000 workers, from watersiders’, miners’, drivers’, builders’ and seamen’s unions, having striked  –​ the most disruptive strike in the history of the country. Writing just as the strike was coming to an end, and published six weeks later in the New Statesman, Edward Tregear, Wellington City councillor and president of the Social Democratic Party, analyses the causes of the disruption.

It is important that Socialists and progressives living in Great Britain and on the Continent should know the real causes and conduct of the disastrous strike which has recently taken place in New Zealand. If the information sent abroad has been of the character of that disseminated through the local capitalistic press (as it almost certainly has), then a true presentment of the position is absolutely necessary – more necessary to students of comparative sociology or economics than to others, because there is a common likeness in these industrial events and a growing similarity in the methods of repression which connect them all round the world. Colorado, Dublin, Vancouver, Johannesburg, and Wellington – they are all, with little points of local difference, “sisters under their skins”.

In the latter half of the year 1913 trepidation began to show itself in the counsels of those employers of labour whose guiding policy is a determination “to run their business in their own way,” a way which it is hardly necessary to state is seldom an unselfish effort for the general good. A fund of £35,000 was raised by levy of the Employers’ Federation and an “understanding” arrived at with the Merchants’ Association, the Farmers’ Union, and kindred Conservative bodies. It soon became apparent to this alliance that attack must be made on the United Federation of Labour and on the Social Democratic Party, one of these being the industrial and the other the political wing of the only really militant force of Labour in New Zealand. 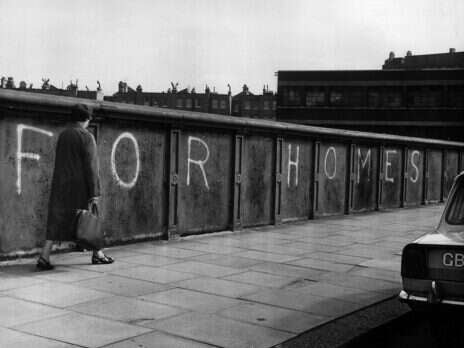 So successful had been the advance made by these organisations since their inauguration last July, so evident was the fact that if undisturbed they would soon dominate the industrial and political positions, that, to those who opposed the growing power of the workers, instant action seemed imperative. With a sympathetic Tory Government in office this seemed the opportunity to destroy their youthful opponents before they had time to collect funds or perfect their arrangements. By ways which have lately been exposed again and again in America, strikes were initiated by subtle agency or by “pin-pricking” on the part of employers. Naturally, the United Federation of Labour was bitterly opposed to premature strikes in its own immature condition, so the first and second strikes which occurred (those at Denniston Coal Mines and Warkworth Lime Works) were smothered and the men ordered to pick up their tools again. A month or two later, at Huntley Coal Mine, 16 of the miners, including the whole executive of the Miners’ Union, were abruptly dismissed – most of them after years of service – on the plea of “reduction of hands”. The miners asked why, if hands were shortened by the discharge of 16 men, 14  new hands were taken on next day. No answer. The men said, “Since there is not work enough for all, we will work only five days out of six if you will keep us all on.” The reply was “No”. Again the miners pleaded “Allow us to ballot for any 16 of us to leave, but not this particular group of marked men”. The answer came, ” No. The men to whom we gave notice are discharged.” It was then evident that victimisation of trade unionists was being carried on; so the men put down their tools.

At Wellington the shipwrights (a small union of about 40 men) asked the union S.S. Co. for a rise in wages, on the ground that they had received no increase for many years. The reply to this request was to cut five shillings a week off the existing rates of pay. The shipwrights laid their case before their main union – they were affiliated to the Wellington Waterside Workers, which numbered about 1600 men – and the Watersiders held a “stop-work” meeting that lasted an hour and ten minutes only. There they decided that they would not strike to enforce the grievance of the shipwrights. However, on going back to work they found their places filled by others, upon which, in indignation, they called all their men out. They were undoubtedly wrong, technically, to stop work to hold a meeting, but they contend that it is difficult for “casuals” to hold a meeting at night; that they are piece-workers, paid by the hour, and so did not anticipate so severe a penalty as dismissal. In fact, as workers have so often done, they walked blindfold into the employers’ trap, which after-events proved would certainly have caught them somehow, if not at that particular place or time. Pickets were sent out along the waterfront, and the whole commerce of the port suspended.

Two or three days of idleness followed, in which assaults and fisticuffs played their part on board some of the ships on which attempts were made to work cargo. During this time the police were withdrawn from the waterfront, in order, as it was alleged, that the wilder spirits among the strikers might make reckless display of force. Then the Watersiders’ Union, which belonged to the United Federation of Labour, asked the executive of the latter body to take charge of the strike, and the Federation, hoping that through its mediation better terms could be obtained, reluctantly assumed control. This hope proved to be without foundation. Day after day passed, each with its conference between the representatives of the employers and the workers; each day with its disappointments and added heartburnings. It soon became evident that there would be “no surrender” on the part of employers; if a proposal was made by them it was retracted as soon as the workers agreed to accept it, and, finally, an ultimatum was issued, that the Watersiders must come under the Arbitration Act. The Watersiders Union had formerly been registered under this Act, and, utterly dissatisfied with the treatment accorded, had, by a large majority, agreed to cancel its registration. So it was “like a red rag to a bull” to insist that under duress they should register again.

The great objection felt by the Watersiders and by other “free” unions to the Arbitration Act needs explanation. Twenty years ago, when Industrial Conciliation and Arbitration were introduced into New Zealand, it was purely voluntary; no union was coerced to register or even to remain registered. It did not prohibit strikes, except in one case – i.e., when an industrial dispute was sub judice. Strange to say, under this measure, strikes were non-existent. As the years went on and amendments were made, and (alas!) when subtle influences were permitted to tamper with the Act, strikes began again to make their appearance, and, to meet these, drastic clauses were inserted into the Act providing severe punishments for strikers. Registered unions became restive, and many powerful societies of workers cancelled registration. Towards the end of 1913 an amending Bill was circulated; this – among its many other harsh proposals-threatened heavy penalties against all strikers or those who aided them.

[See also: From the NS archive: The wound and the bow]

The unions, registered or not, became alarmed. They said, in effect, “Under what Act are we supposed to be registered? Is it the Act as it was, or the Act as amended, or the Act as the Tories may make it this year or next year?” In fact, industrial arbitration is now regarded as a quicksand, as a system which can be altered out of all recognition at the will of one of the parties to the agreement, the state. So long as the free right of retirement was permitted there was a measure of safety, but now that penalties can be inflicted on unions for striking, whether they share the benefits of the Act or not, there appears to be no margin of security outside it. The proposed Bill passed into law, and it was this feeling of insecurity as to the future position under the Act which made the Watersidcrs resist for weeks the attempt of employers to force them back under it, knowing that the employers had strong interest (their own class-interest) in this determined compulsion.

I have endeavoured to show clearly the cause of the strikes which for weeks produced unrest and danger in the whole of New Zealand and part of Australia. With what high-handed autocracy, with what severity and show of force the suppression of the strikes was conducted must be left for another article.