The city of Kherson, liberated at the beginning of November, is rebuilding after the retreat of Russian troops. Among the residents, aid workers and the Ukrainian government officials flocking to the city will be international war crimes investigators, drawn by what Russia has left behind.

As Ukrainian forces recaptured the city, reports emerged of traumatised survivors, torture chambers and mass graves. “So far, 63 bodies [bearing signs of torture] have been discovered throughout the Kherson region, but we must understand that the search has only just begun,” said Ukraine’s interior minister Denys Monastyrsky in a broadcast on 16 November. “Many more places of torture and burial places will be found.”

This is not the first mass grave to be left behind by retreating Russian forces. More than 400 bodies were found in a makeshift grave site in the strategically important city of Izyum, in the Kharkiv region of eastern Ukraine, which was liberated in September. In April, Russian forces withdrew from Bucha, a quiet suburb north of Kyiv. When Ukrainian soldiers entered the town, they found evidence of a massacre – hundreds of civilians had been killed during Russia’s 33-day occupation.

“The bodies of both civilians and military personnel are being found [in Kherson],” said the Ukrainian president Volodymyr Zelensky during his nightly address on 13 November. “The Russian army left behind the same atrocities as in the other regions of our country.” 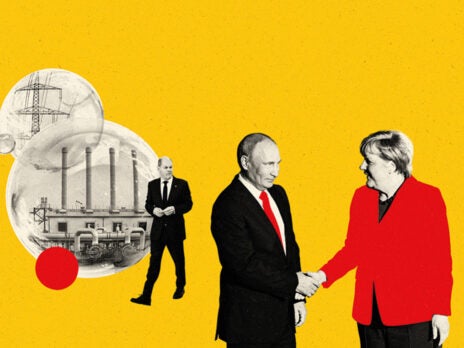 Russia’s siege of Mariupol is thought to have destroyed 90 per cent of the city’s buildings, according to its mayor. But with Moscow’s forces still in control, no reliable estimates of the siege’s death toll have been produced. The head of Mariupol TV, Mykola Osychenko, told regional journalists that the number could exceed 100,000.

Ukrainian prosecutors, alongside investigators and researchers, have been documenting war crimes in Ukraine since the start of Russia’s invasion in February. The International Criminal Court (ICC) has announced that it will investigate both current and past war crimes and crimes against humanity committed by Russia. The investigations are being assisted from afar by thousands of researchers and volunteers.

Among those helping are the investigative journalist organisations Bellingcat and the Centre for Information Resilience (CIR), which have been working hard to identify and verify reports of human rights abuses. As part of this broader investigation, the CIR is working to track and verify reports of mass graves – including those in territory currently under Russian control.

To investigate how civilians bore the brunt of Russia’s invasion, open-source investigators track and verify mass graves in Ukraine.

Scroll down to open the interactive map ▼

The Centre for Information Resilience’s Eyes on Russia team has been monitoring the expansion of several mass graves and gravesites since the beginning of Russia’s invasion of Ukraine.
The investigation started in March when the investigators noticed reports on social media suggesting an increase in graves being dug and people being buried in a forest close to a cemetery in Chernihiv.
Using satellite imagery, investigators discovered that three large areas had been cleared of trees near an existing burial ground at Yalivshchyna between the end of February and the beginning of March. They counted between 323 and 381 new headstones in these areas.
The researchers also discovered many improvised graves, like this one in a churchyard in Bucha. At least 12 body bags can be seen lying down in the grave. According to authorities, more than 100 people were buried here.
In Russian-occupied areas, many people were unable to bury their loved ones. Researchers located a makeshift grave in a football field here, in Bucha.
Another makeshift grave was spotted outside a kindergarten in Mariupol.
The largest gravesite under investigation is Mariupol’s Starokrymske cemetery. Since the beginning of the war, over 4,600 new graves have been dug here – although it is unclear how many bodies are buried at the site. The number is significantly above pre-war numbers. Using satellite imagery, the investigators estimated that in the five months before the invasion only around 1000 graves were added.
As Russian forces retreat and Ukraine liberates occupied territory, more mass graves are being uncovered. In a forest outside Izyum, a city in the Kharkiv region, a mass grave with over 440 bodies was reportedly discovered in mid-September.
The investigators found a significant increase in graves in Kherson, with an estimated 824 new graves dug in early April. Researcher Nathan Ruser analysed an image to estimate the number of graves in each row, with each row containing 26 graves on average and the smaller row containing 10 graves. Ruser estimates that around 300 of the graves have been filled in, with the rest remaining open.

The investigation began in April after social media posts alleged an increase in graves in a Chernihiv forest, northern Ukraine. The CIR investigators monitored local pages on Telegram, Facebook and Twitter to find footage they could verify.

“After two weeks, the first video came out of people allegedly burying corpses at the grave site in Chernihiv,” said Benjamin den Braber, a lead author on the CIR’s report on mass graves. “We geolocated the footage to the cemetery and then wanted to know how many people were buried there. While the video is interesting, it doesn’t tell a lot. We acquired satellite imagery and estimated that there were approximately over 300 new graves based on the size of the graves and the rows added.”

The findings in Chernihiv were puzzling. While there had been fighting in the area in the first months of the conflict – Russian forces withdrew from the area in April – Chernihiv didn’t see the same level of conflict as places like Mariupol, where the team were also finding evidence of a large increase in the number of graves.

While satellite imagery has proved useful in locating suspected grave sites in areas of Ukraine still occupied and estimating the dates on which they were dug, on-the-ground social media footage has also been vital. “In satellite imagery we can see that grave sites are increasing [in size],” said Den Braber. “But are they being filled, or are they just precautionary being dug? To find that out, on-the-ground footage is really essential.”

The investigators found that more than 3,000 new plots were dug in the Mariupol cemetery in the first two months of the war – compared with 1,000 added in the six months before Russia’s invasion. “We have a lot of footage of civilian casualties, but in the end, that doesn’t justify the claims in, for instance, Mariupol, where officials say thousands of people were killed,” said Den Braber. But by “using satellite imagery we are not able to 100 per cent verify this, but we can see that there is a significant increase in deaths in Mariupol.”

Reports of mass graves in Ukraine long predate Russia’s latest invasion. In 2014, investigators from Amnesty International found evidence of four extra-judicial killings by Ukrainian forces in the Makiivka, a city in the Donetsk region that had recently been taken over by Russian-backed forces.

[See also: Jens Stoltenberg: “We will support Ukraine for as long as it takes”]

The investigators found evidence of Ukrainian involvement in only one of the incidents. Nevertheless, Russia presented the killings as a justification for war. “The Russian Federation claimed the Ukrainians were committing genocide against the people of the Donbas region,” said Maryna Slobodyaniuk, a legal expert at Truth Hounds. “This was one of their reasons to justify their attack on Ukraine.”

Aside from these cases, very little information has come out of eastern Ukraine since Russia’s occupation began in 2014. “There has been a lot of control over what comes out of [the area], and that’s a really interesting and stark contrast,” explained Melanie Klinkner, author of the Bournemouth Protocol on Mass Grave Protection and Investigation, to the New Statesman.

“On the one hand we have this digital explosion of evidence and citizens being engaged in it because they can record, and [the grave sites are] being reported. You will have seen that digital evidence is increasingly important in any investigation and is increasingly starting to be accepted before courts. But then on the other hand, the stark contrast is that we know so little.”

Those constraints are one reason why open-source investigators like the CIR have taken on such a prominent role in investigating war crimes in Ukraine. As well as being able to look into allegations in otherwise dangerous and inaccessible locations, these investigators are able to do so without risking the contamination of evidence.

“There’s always a little bit of a risk that contamination occurs when people think they’re doing something good,” Klinkner explained, “and they enter the crime scene and maybe move things around, and it would have been better to leave it. The rule of thumb is if you’re not an expert, just document, take pictures and protect the site – possibly even with covering, so it’s not disturbed by animals – and seek advice on how to proceed.”

Evidence gleaned from mass graves can be critical in bringing perpetrators to justice. “There’s a great deal of information that can be gleaned from these mass graves,” Klinkner said. Such evidence, for instance, was instrumental in the Yugoslav tribunal’s conviction of the Bosnian Serb commander Radislav Krstić for his involvement in the 1995 Srebrenica massacre, in which approximately 8,000 Bosnian Muslims were killed. The study of mass graves allowed investigators to demonstrate the ethnicity and ages of those killed, supporting the assertion of prosecutors that the casualties were non-combatants and that the attack was racially motivated.

Will we ever see the evidence from Ukraine bring justice to the perpetrators? Klinkner thinks it is possible. “Assuming there is [reliable evidence], I do think it’s quite possible that that information will feature,” she said. “It’s really about who’s in those graves. Why did they die? Are they civilians? Those are the really important questions, and you can deduce that. Evidence of prior trauma, bullet wounds. Were the injuries consistent with fighting, or was it a gunshot to the back of the head, execution-style?”

The Ukrainian investigators at Truth Hounds are more sceptical of the ability of organisations like the ICC to bring perpetrators to justice any time soon. “To be frank, due to bureaucracy and slow processes, we don’t expect the ICC to serve swift justice,” said Slobodyaniuk. “While we still support international investigations, we also think it’s important to launch national and local investigations where possible.”

Focusing their investigative efforts on these jurisdictions, the Ukrainian organisation cooperates with national European legislative authorities and prosecutors’ offices as much as possible. As Slobodyaniuk put it, “We don’t want to give war criminals any chance to avoid punishment.”

[See also: Letter from Kherson: The war of the villages]