TBILISI – Simone de Beauvoir’s friend Claudine Monteil recalled that when Simone Veil, France’s health minister, gave a speech in 1974 declaring that her government would support legalising abortion, she turned to the feminist to tell her: “Simone, we won!”

De Beauvoir’s face darkened and she replied: “Yes, Claudine, we have won, but only temporarily. All that will be required is a political, economic or religious crisis for our rights – women’s rights – to be called into question. You must remain vigilant throughout your life.”

The prescient quote has been circulating in the French media in the wake of the US Supreme Court’s overruling of Roe vs Wade, ending federal protections for the right to abortion in America. The decision has echoed globally, even though its effects will be directly felt only in the US, rekindling debates on the procedure on the old continent.

“It feels like the US is living through the moment Veil described,” Tara Varma, head of the Paris office of the European Council on Foreign Relations, told me. “While the political situations in Europe and the US are quite different, it does feel like there is now a backlash against women’s rights and against the #MeToo movement in particular.” 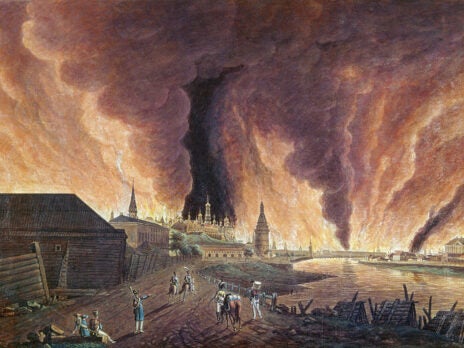 European countries mostly permit women to end their pregnancies, but a handful never legalised the procedure, while one – Poland – outlawed it in recent years.

Poland banned abortion in almost all cases in 2021 – also through a decision handed down by the courts, which the EU considers under the control of the nationalist government. The move illustrates that it is possible for a European government to take reproductive rights away from women: under communist rule, the procedure had been widespread in the heavily Catholic country.

[See also: The message from the Supreme Court: do not get used to having rights]

The governing Law and Justice party (PiS) faced some of the largest protests in Poland’s post-communist history when it attempted to ban abortion with a proposed law, which it ultimately withdrew before the constitutional court’s decision imposed the same result.

PiS officials have accordingly hailed the US Supreme Court’s decision. Education minister Przemysław Czarnek called abortion “making a crime law”, placing its legalisation across the Western world within a trend he characterised as “the slow decline of civilisation since about 1968”.

Abortion is also prohibited in Malta, the only EU country with a total ban with no exceptions for rape, incest or the life of the mother. The US Supreme Court decision was welcomed by some in the country such as Adrian Delia, a former leader of the centre-right Nationalist Party, who said: “In the land of the free, life has prevailed.” On Thursday 23 June, an American woman who had suffered an incomplete miscarriage while on holiday in Malta had to be airlifted to Spain; she had developed potentially life-threatening complications but could not have an abortion under Malta’s strict law.

Some countries with a pro-choice political culture have, by contrast, moved to strengthen legal protections. Left-wing parties in Sweden and Denmark have proposed constitutional protections for abortion in response to the Supreme Court decision, while most Finnish parties have swung behind suggestions to liberalise the country’s comparatively restrictive laws.

In France, Emmanuel Macron’s centrist party has proposed an amendment to inscribe the right to abortion in the constitution. Aurore Bergé, the leader of Macron’s Renaissance party (formerly La République en Marche!) in the National Assembly, said that she feared women’s rights could one day be rolled back in France as they have been in the US.

“Unfortunately, nothing is impossible and the rights of women are always fragile and regularly called into question,” Bergé said, citing recently elected deputies of the far-right National Rally whom she claimed were “fierce opponents of [the right] for women to get abortions”.

The left-wing Nupes, an alliance of progressive parties, supports a similar proposal. Mathilde Panot, the parliamentary leader of the France Unbowed party, the largest in the Nupes, wrote on Twitter: “The tragedy across the Atlantic obliges us.”

The French president’s party had in the previous legislature opposed a measure to inscribe the right to abortion in the constitution, proposed by the Socialist deputy Luc Carvounas. Agnès Buzyn, Macron’s health minister at the time, said that she wished to avoid “legislative inflation”, particularly on constitutional matters.

The far right – historically an anti-abortion movement – has been placed in a bind by the move to inscribe reproductive rights in the constitution. Marine Le Pen, the leader of the National Rally (RN), frames herself as a defender of women’s rights against Islamism, which she views as the true threat to the liberal order.

Le Pen has for decades maintained that she would not take away the right to abortion from French women, contrary to the stance of her party before her leadership. Several of her past statements, however, indicate an uneasiness with the procedure, perhaps a reflection of the delicate balancing act she must maintain, caught between a party base hostile to abortion in principle and public opinion, which generally considers the issue closed.

During the campaign for the 2012 presidential election, Le Pen denounced what she termed “comfort abortions” (“avortements de confort”) in a TV interview. She later doubled down, claiming that some women “use abortions as a mode of contraception” and floating the idea of making abortions paid in certain circumstances.

Accordingly, the RN has denounced the recent proposed constitutional amendment as a political “distraction”. It is embarrassed by a debate on such terms, which may remind voters of its far-right lineage at a time when it is enjoying unprecedented electoral success, partly because it is increasingly normalised as a party like any other. The RN won 89 seats in France’s recent parliamentary elections, by far the party’s best result in history.

At least three of its newly elected MPs are openly anti-choice, such as Caroline Parmentier, a representative of the Pas-de-Calais region, who has called abortion “a genocide of French children”. The debate on the new constitutional amendment is likely to amplify divisions within the party, an inauspicious start to what its leaders had hoped would be a new chapter in the party’s long quest for power.

There is little immediate prospect of more European countries rolling back reproductive rights. Yet the global echo of American politics has meant that debates that were once thought all but closed appear less settled than previously thought.

[See also: My abortion showed me that women in Britain are far from free]