After a day of bilateral talks, the German chancellor Olaf Scholz and Boris Johnson appeared this afternoon (8 April) in Downing Street for a 40-minute press conference. Only one question really mattered to the assembled media: when will Germany stop importing Russian fossil fuels, and thus stop its indirect funding of Vladimir Putin’s war machine?

Scholz – a precise and finely suited man who answers questions with an unflappable calm – was resolute. It was simply not possible, he told journalists, for Germany (or many other countries in Europe) to end its current dependence on Russian gas imports this year.

As Josep Borrell, the EU’s foreign policy chief, recently pointed out: Europe has, since the start of the Ukrainian war, sent £1bn in aid to Ukraine but £35bn in fossil fuel payments to Russia. A British journalist pressed Scholz on whether he felt shamed by that. After fixing the journalist (the Mail’s Jason Groves) with a withering look, Scholz answered serenely.

It is “not feasible” he argued, for Germany to get gas from other suppliers today “in the amount we need it”. A supply of gas is not easily substituted, Scholz argued: it requires a great deal of new engineering and investment across Germany. Gas cannot simply be transported to Germany in ships. The country needs alternative infrastructure in place to turn off Russia’s supplies.

Hungary and the US right deepen their illiberal mutual admiration 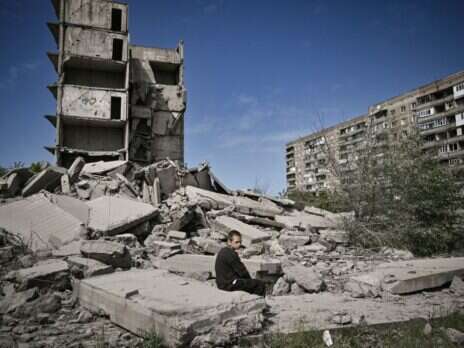 Germany, he explained, is on a 20-year mission to end its dependence on fossil fuels and meet its energy needs from solar energy and onshore and offshore wind power (the country’s short-sighted, decade-long rejection of nuclear power is a major reason for its current dependence on Russian energy). In the short term, Russian supplies of coal and oil would be phased out this year, Scholz added, with shipments of coal to end from August. “We are being tough,” Scholz stressed, closing his hand in a rare moment of emphasis, and “we will be successful”.

But will Ukraine? Scholz’s answers were ultimately issued from a position of great safety and minimal sacrifice. Putin, for all his miscalculation in this war, is benefiting from an enduring geopolitical fact: Europe cannot – or will not – end its dependence on Russian fuel. Billions of euros will continue to flow to Russia throughout this spring and summer, if not for the rest of the year and (in the case of gas purchases) throughout 2023.

That is a consequence of a years-long failure across Europe to foresee or forestall the consequences of European dependence on Russian energy. Scholz was keen to trumpet his country’s rapid action to alleviate this fact “since December”, when the West began to truly fear a Russian invasion, but the question – which no one asked today – is why Germany and others in Europe did not act throughout the 2010s, when Putin repeatedly made clear his intention to threaten the European order and attack those he feared.