On any other day, it would have dominated the headlines. In an unprecedented joint speech in London on 6 July, the heads of MI5 and the Federal Bureau of Investigation (FBI) warned of the “enduring” and “immense” threat China poses to economic and national security in the US and the UK through industrial espionage, cyber-attacks, and influence operations.

“The most game-changing challenge we face comes from the Chinese Communist Party [CCP],” MI5 director general Ken McCallum told the audience of business and academic leaders. “It’s covertly applying pressure across the globe. This might feel abstract. But it’s real and it’s pressing. We need to talk about it. We need to act.”

McCallum laid out the details of what he called a “coordinated campaign on a grand scale” by the CCP as part of a “strategic contest across decades”. That campaign involved spying and conventional intelligence operations, such as hacking into computer networks and stealing trade secrets, he said, as well as less obvious approaches such as pursuing commercial deals with Western firms via front companies that require them to share their technology with Chinese partners. The country’s leader Xi Jinping had made no secret of his ambition to “catch up and overtake” the West in areas of core technology, McCallum explained, and where necessary employing asymmetrical methods to advance Chinese capabilities.

“This means standing on your shoulders to get ahead of you,” McCallum warned. “If you are involved in cutting-edge tech, AI, advanced research or product development, the chances are your know-how is of material interest to the CCP. And if you have, or are trying for, a presence in the Chinese market, you’ll be subject to more attention than you might think.” 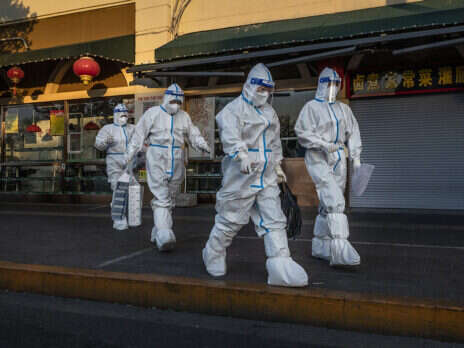 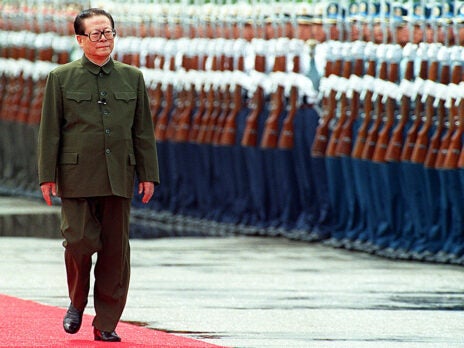 China’s Jiang Zemin has died. That could be a problem for Xi Jinping

MI5 has more than doubled its efforts to combat Chinese espionage in recent years, McCallum said, with the security service now running seven times as many investigations as it had in 2018, and plans to increase the scope of that work still further. Among the specific examples he listed were sophisticated cyberattacks linked to China’s Ministry of State Security and attempts to cultivate unwitting individuals through shell companies. In one case, for instance, he said a British aviation expert was offered an “attractive employment opportunity” and invited to China, where he was “wined and dined” and then paid for technical information on military aircraft by a company that was run by Chinese intelligence officers. “That’s where we stepped in,” McCallum said.

“The Chinese government is set on stealing your technology – whatever it is that makes your industry tick – and using it to undercut your business and dominate your market,” Christopher Wray, the director of the FBI, added. “They’re set on using every tool at their disposal to do it.” He estimated that the FBI was opening a new counter-intelligence investigation related to China on average every 12 hours, with cases ranging from large-scale hacking attacks on companies using Microsoft Exchange Server software, to researchers “sneaking into fields to dig up proprietary, genetically modified seeds”.

“As laser-focused as both our agencies are on the Russia threat,” Wray said, noting Vladimir Putin’s invasion of Ukraine, it was China that posed the most “complex, enduring and pervasive” challenge. “We consistently see that it’s the Chinese government that poses the biggest long-term threat to our economic and national security,” he concluded. “And by ‘our’, I mean both of our nations [the US and the UK], along with our allies in Europe and elsewhere.”

Both men were careful to differentiate between the CCP and the Chinese population as a whole, noting that their comments were not aimed at Chinese citizens or diaspora communities around the world. This was an important point to make given the significant increase in anti-Asian hate crimes in both countries since the start of the Covid-19 pandemic in particular, which the former US president Donald Trump labelled the “Chinese virus”.

Having almost 150,000 Chinese students enrolled in British universities was “good for them and good for us” in almost all cases, said McCallum. Although he also pointed out that at least 50 students allegedly linked to the Chinese military, the People’s Liberation Army (PLA), had left the UK since the government tightened restrictions on international researchers studying sensitive subjects, and that the US had stopped issuing visas to students from PLA universities in certain fields in recent years.

Beyond espionage and concerted Chinese efforts to acquire advanced technology, the intelligence chiefs also warned that the CCP was funding influence campaigns that were intended to manipulate Western democratic, media and legal systems for their own gain. Wray said the Chinese government had already gone so far as to interfere in a congressional election in New York earlier in 2022 to try to prevent the unnamed candidate – said to be a former Tiananmen Square protester and government critic – from winning office by hiring a private investigator to dig up embarrassing information, and attempting to manufacture a scandal using a sex worker.

Finally, both McCallum and Wray noted that the CCP was carefully studying the international response to Russia’s invasion of Ukraine to understand how to mitigate the fallout if they ever attempted to invade Taiwan. “We’ve seen China looking for ways to insulate their economy against potential sanctions, trying to cushion themselves from harm if they do anything to draw the ire of the international community,” Wray said. “In our world, we call that kind of behaviour a clue.”

Perhaps the most significant difficulty both countries face in the near term, however, is less in identifying the scale of the threat as the security service laid it out, and more in maintaining the political focus and the will to confront it. That challenge was underscored, as the two men spoke at MI5’s headquarters in Thames House, by the collapse of Boris Johnson’s government a little further down the river, with scores of ministers and senior officials resigning. On 7 July, he also resigned, a necessary move that nonetheless has promised more political turmoil as another leadership race begins. Countering the threats posed by China, McCallum said, would require a “profound whole-of-system response” – but that will first need a functioning government.

Topics in this article: CCP, China