Firefighters brought the blaze that engulfed Notre Dame Cathedral in central Paris under control on Tuesday morning, though the roof and spire of the cathedral have been destroyed.

Thousands of Parisians watched in horror as fire engulfed the medieval landmark and destroyed its spire.

Onlookers sung hymns as rescue workers attempted to put out the flames. 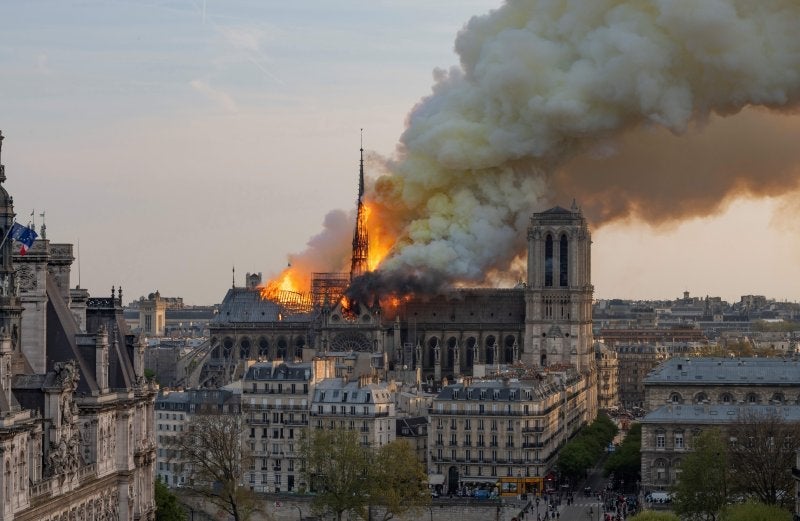 The blaze tears through the roof of the cathedral on 15 April. All photos: Getty. 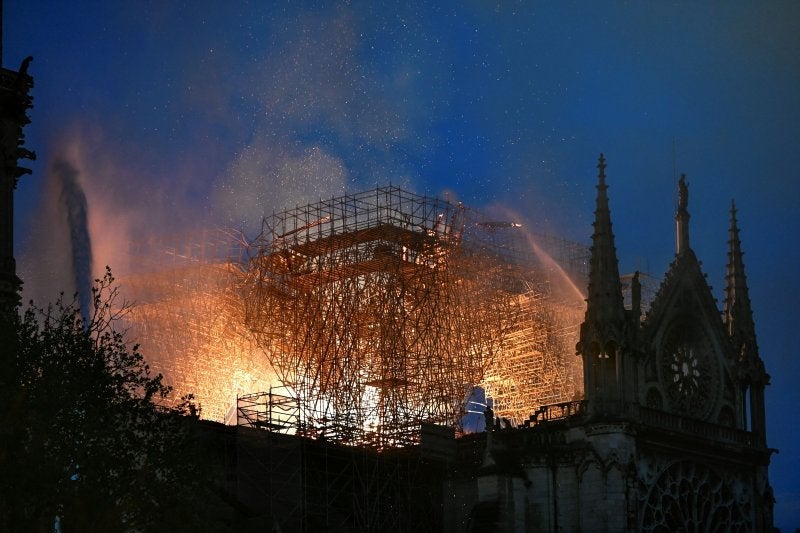 The fire destroys the roof of the cathedral. 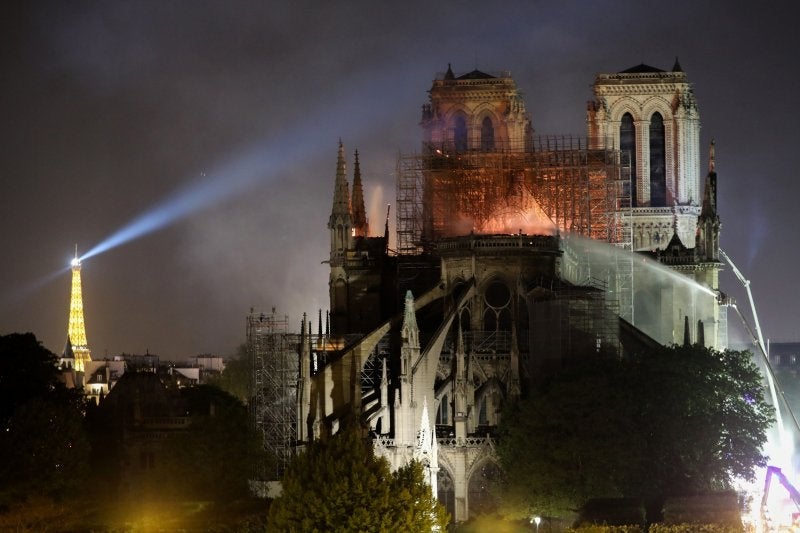 Firefighters attempt to control the blaze on 15 April. 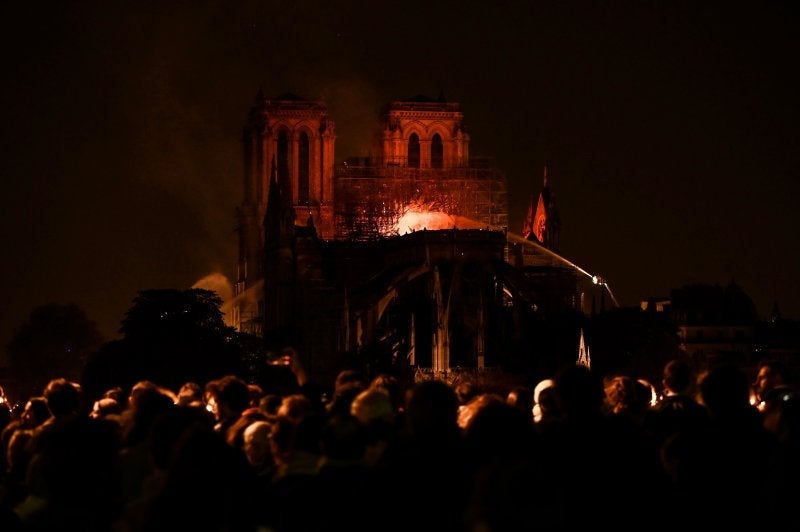 Bystanders look on as the flames engulf the cathedral. 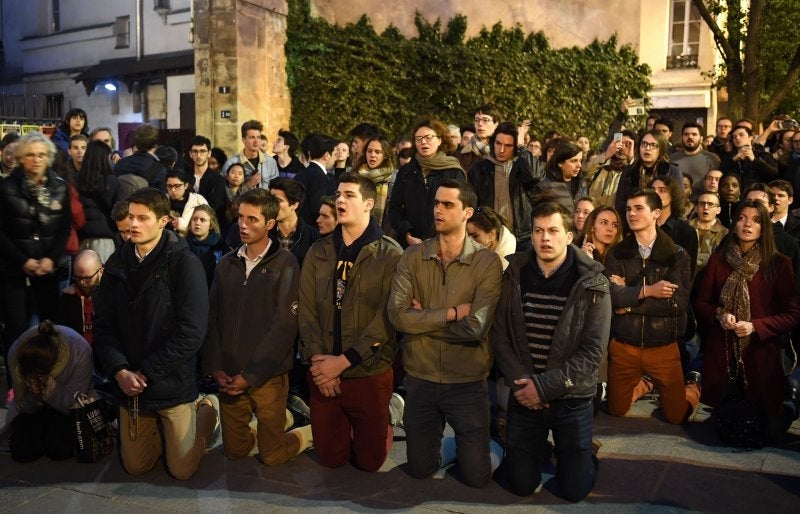 People kneel, pray and sing as the fire rages. 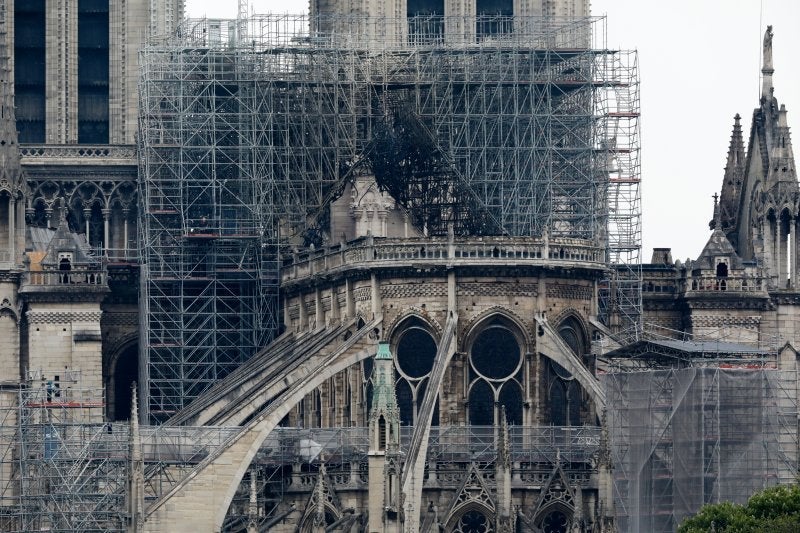 The cathedral on the morning of 16 April. 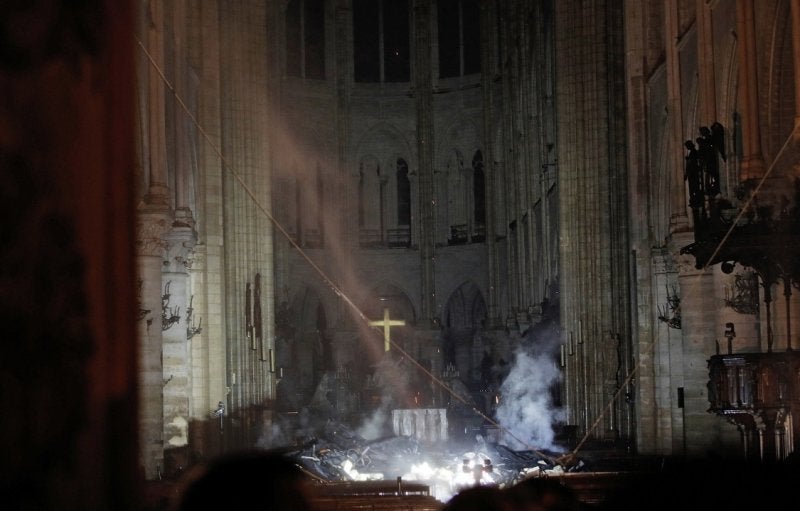 The interior of the cathedral after the fire. 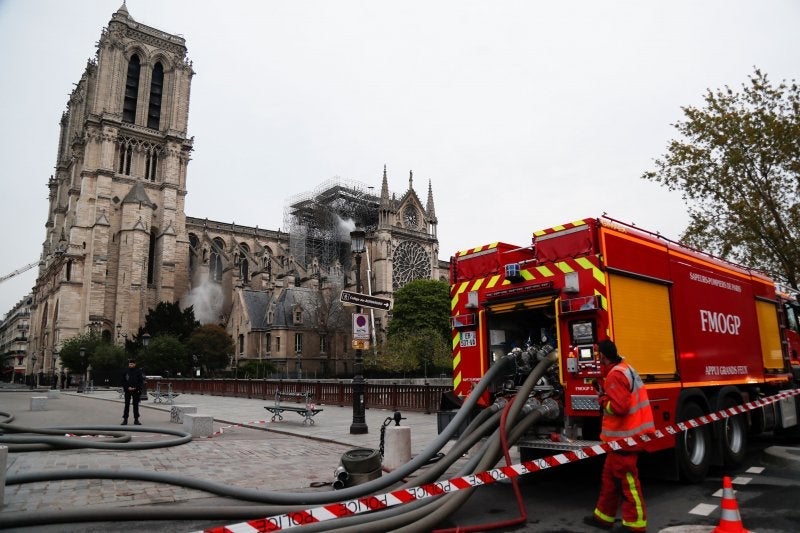 Firefighters continue to secure the cathedral on 16 April. 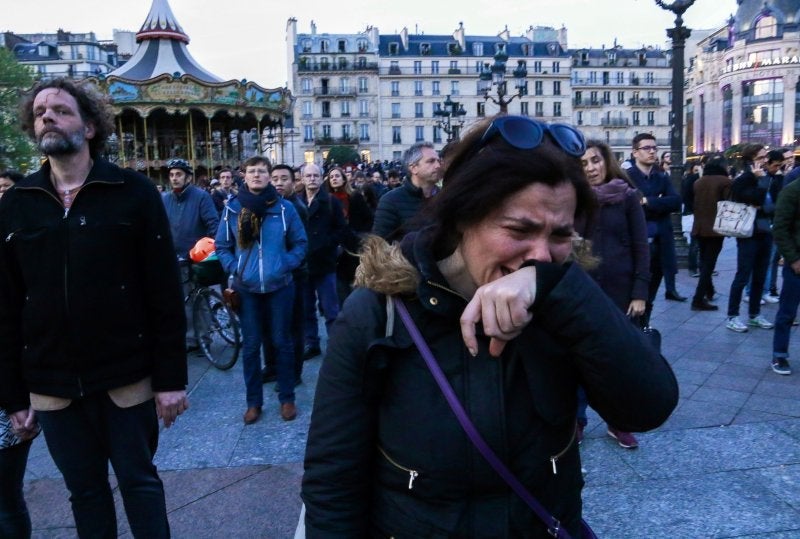 A woman cries as she looks on at the destroyed cathedral on 16 April. 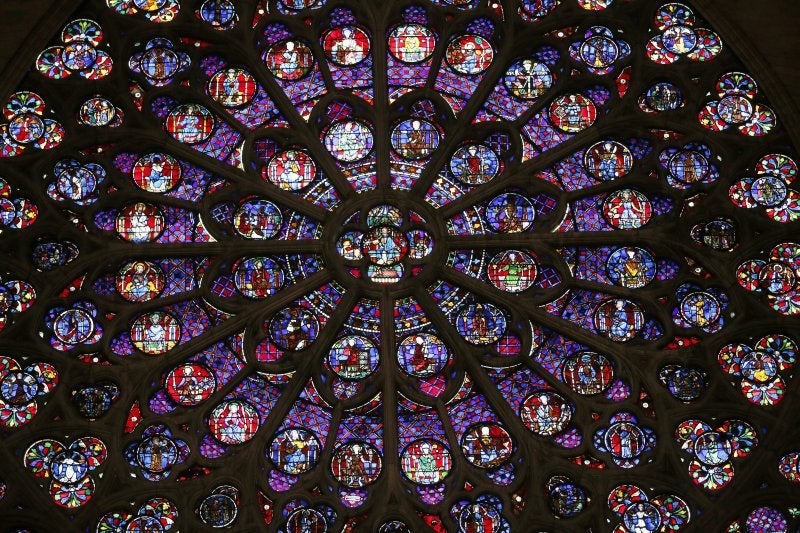 The original stained glass window on the southern side of the cathedral. 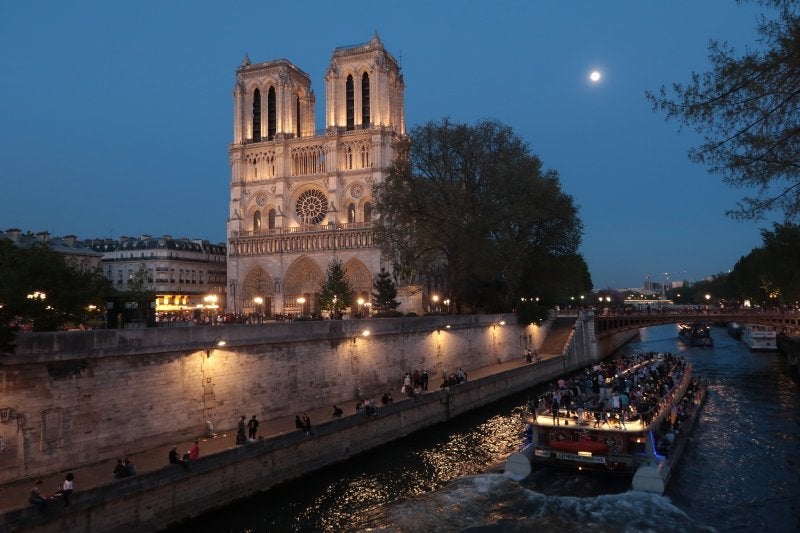 Notre Dame cathedral viewed from the Seine in 2017. 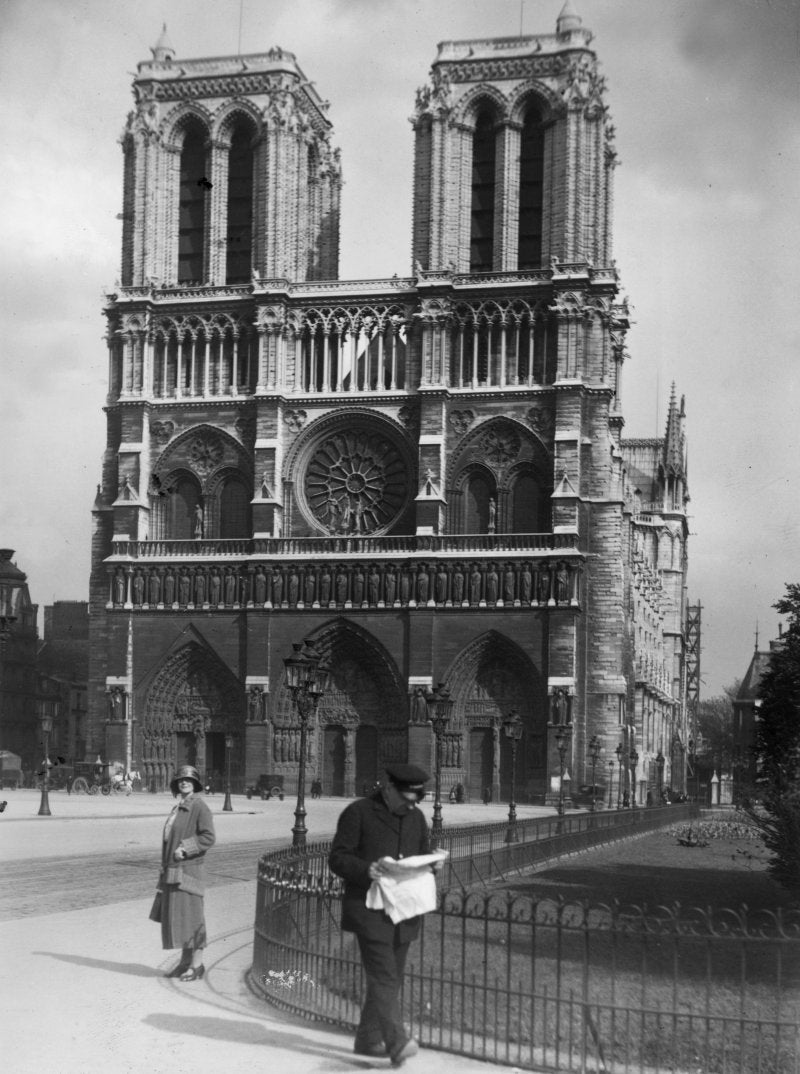 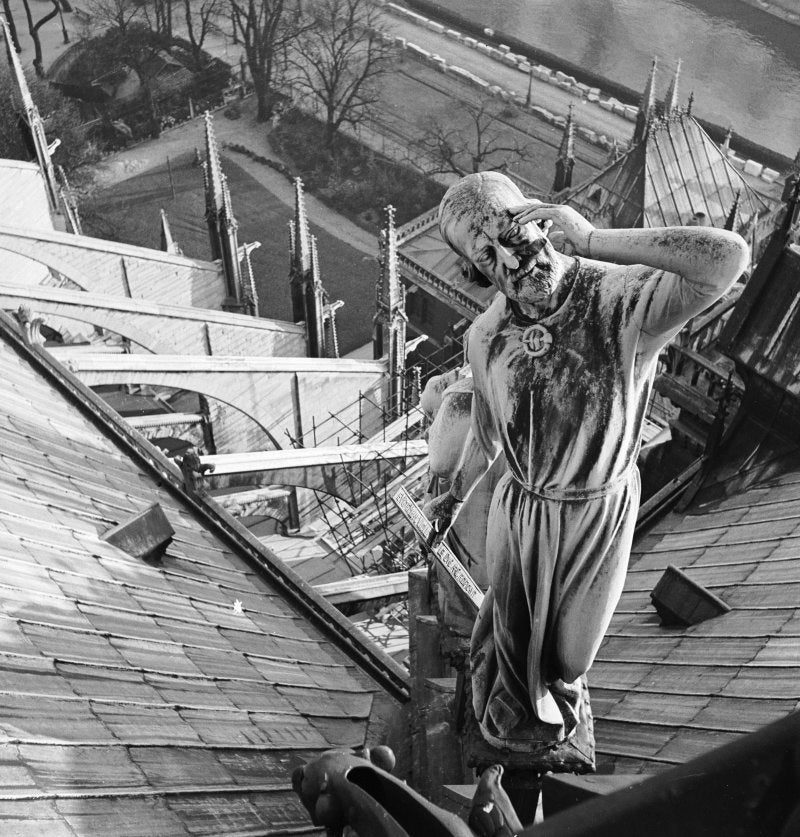 A statue of Violet le Duc, French architect on the roof of Notre Dame in 1939.