Earlier this month, the government of Montenegro approved plans to transform an island fort, used during the Second World War as a concentration camp, into a luxury resort.

The news has sparked a debate around the world. Many are asking whether this is an appropriate use of a former place of suffering and death.

But how should such spaces be dealt with? Should they be left to crumble because the task of commemorating a painful past is just too daunting? Should they become museums to educate us and future generations? Or should we welcome commercial developments that create jobs, attract tourists and bring new life to a space associated for so long with horror?

At the heart of this case is a crumbling fortress, built in 1853 to defend the southern border of the Austro-Hungarian Empire. It sits atop the tiny island of Mamula, just off the coast of Montenegro.

Between Russia and the EU, Kaliningrad is isolated by Putin’s war 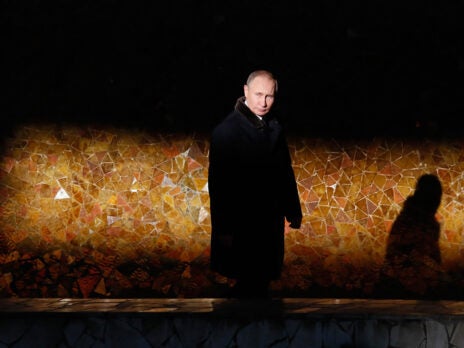 Lawrence Freedman’s Diary: My ban from entering Russia and memories of Cold War encounters with the KGB

Many locals whose relatives were imprisoned on Mamula by Mussolini’s fascist forces have fought to prevent the €15m development by Orascom, which features a marina, spa and luxury suites and promises a “party ambience”:

Jovanka Uljarevic’s late grandmother Ljubica was a prisoner on the island in 1942, as reported by Balkan Insight. “The Orascom project would ruin every memory of Mamula and what it really was,” she told the Balkan Investigative Reporting Network.

The president of Orascom responded to concerns by announcing that the resort would include a museum or memorial dedicated to the concentration camp victims. Yet the promotional website makes no mention of any kind of commemoration of the site’s traumatic history.

Instead, the focus is on preserving the site’s pre-war history. The original idea, claims architecture studio Salt&Water, was to preserve “one of the biggest and best preserved Austrian fortifications on the Adriatic Sea”.

When a site is steeped in history like Mamula, it is far easier to deal with and preserve the trauma-free parts of that history, such as observation posts, walls and cisterns, than the parts that tell of suffering.

This points towards a broader trend in the memorialisation of history. Places that inspire feelings of pride or are just historically interesting are far less problematic when it comes to preservation than sites that remind us of trauma or prompt feelings of shame.

No nation has faced a greater struggle to deal with its sites of shame than post-war Germany. At the end of the war, many Nazi concentration and labour camps were destroyed to prevent the spread of disease or put to new uses, housing displaced people or Allied soldiers.

Issues of practicality (for the Allies) and the desire to avoid confronting deeply uncomfortable truths (for the Germans) meant that preservation was not considered.

Several former camps were used as military bases, some until as late as 1990. Others were turned into prisons or hospitals, or leased to commercial companies.

A few camps, such as Dachau and Bergen-Belsen, were eventually turned into memorial sites, but only after sustained protest from victims’ groups and the results were often controversial. Some memorials were criticized for being overly Christianised, while the prettification of others with trees and parks was deemed inappropriate.

Many memorials failed to mention the persecution of groups such as Roma and homosexuals, while East German memorials massively exaggerated the role of heroic communist resistors.

In general, the process of memorialization was sluggish and the memorials themselves disappointing in their lack of nuance. Attitudes began to change in the 1980s, however, when groups of young people started delving into the history of countless sites of Nazi terror.

As a result, the quality of exhibitions improved and the focus turned towards education, rather than just commemoration. Total exposure was now the mantra. Vegetation was stripped away, ruins were revealed and signposts were erected to inform and educate.

Not all developments were so enlightened. In 1991, plans to build a supermarket on the grounds of an old potato store and joinery at Ravensbrück camp were halted due to protest only after construction work had started.

A recent study has revealed that there are some 42,500 sites of Nazi terror, including ghettos, camps and killing factories. If we added the sites of suffering under Mussolini’s forces to the list, such as Mamula Island, the number would be far higher. And those are just some of the places that saw terror during a single conflict.

Not all sites of terror can be given over to museums and memorials. It’s both impractical and undesirable. The chance to inscribe a new, positive, forward-looking narrative on a site of past trauma should be cautiously celebrated. Yet supermarkets and luxury resorts must not be built on such sites without debate and must not be allowed to erase discomfiting truths about their history.

We should learn from Germany’s decades-long (and continuing) struggle with memorialization. Neglect or demolition is not the answer and nor is half-hearted commemoration. Victims’ groups and relatives must be involved in any discussions and public engagement should be at the centre.

Commemoration is always contested and never perfect. But it must always be attempted. There must always be a reminder on Mamula – and at every known site of terror – of what happened there and why it must never happen again.