This post first appeared on our sister site CityMetric. Read the original here

This weekend, Lee Kuan Yew, ex-prime minister and founding father of Singapore, died at the age of 91. His legacy is somewhat controversial: while he headed up the city-state’s transformation from a colonial port town into a rich and highly developed world city, he also presided over a draconian justice system, and was well known for suing (and often, subsequently bankrupting) his political opponents.

Here’s a timeline showing Lee’s positions in government and major events in the city-state’s history since 1959: 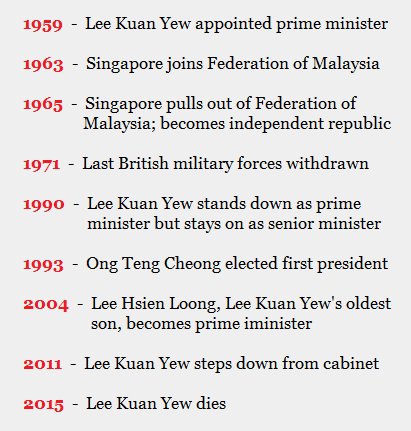 No matter your views on Lee’s politics, it’s undeniable that the city-state has undergone a dramatic transformation since 1959. Here are a few key figures and visualisations demonstrating its rapid rise in status and wealth.

Perhaps the most obvious symptom of the change in Singapore’s status over the past half century is the way its wealth has skyrocketed. Here’s a chart: 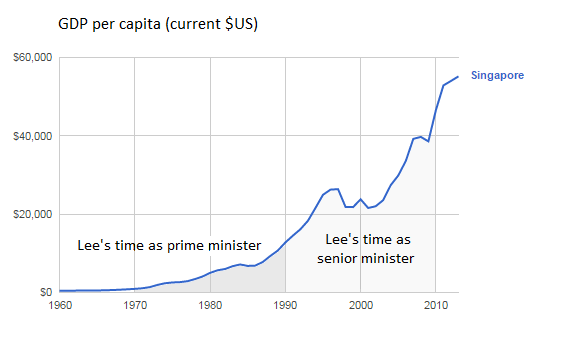 Singapore’s population has more than tripled in the past 50 years, from about 1.4m to 5.4m. Part of this growth has come from immigrants attracted by the city’s growing prosperity: since 1960, Singapore’s local-born population has dropped from over 90 per cent to just over 60 per cent. 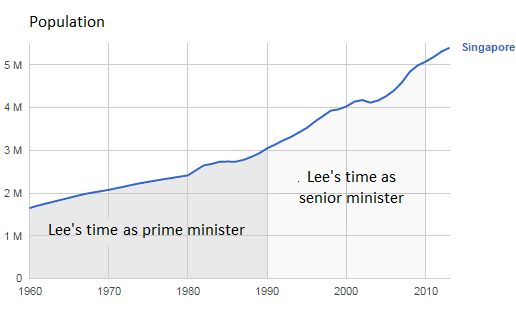 As any world city worth its salt knows, very tall, very shiny buildings are key to boosting your stature on the world stage. Reliable figures on this are pretty hard to track down, but best we can tell, Singapore had no buildings taller than 150m when Lee came to power (though it did have the 79.8m tall Cathay building, which was the tallest in Asia for some time). 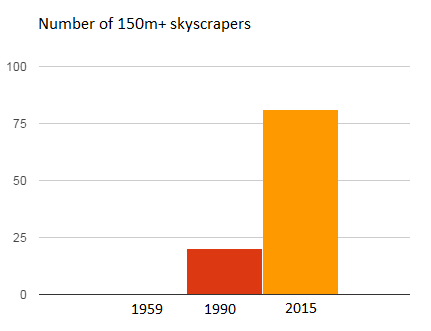 Half of Singaporeans use public transport every day, and central government views it as a priority: congestion is bad, and many roads are now tolled. As the Ministry of Transport noted in the 2015 budget, “given Singapore’s land constraints, only public transport can meet our travel demands on a sustainable basis”. 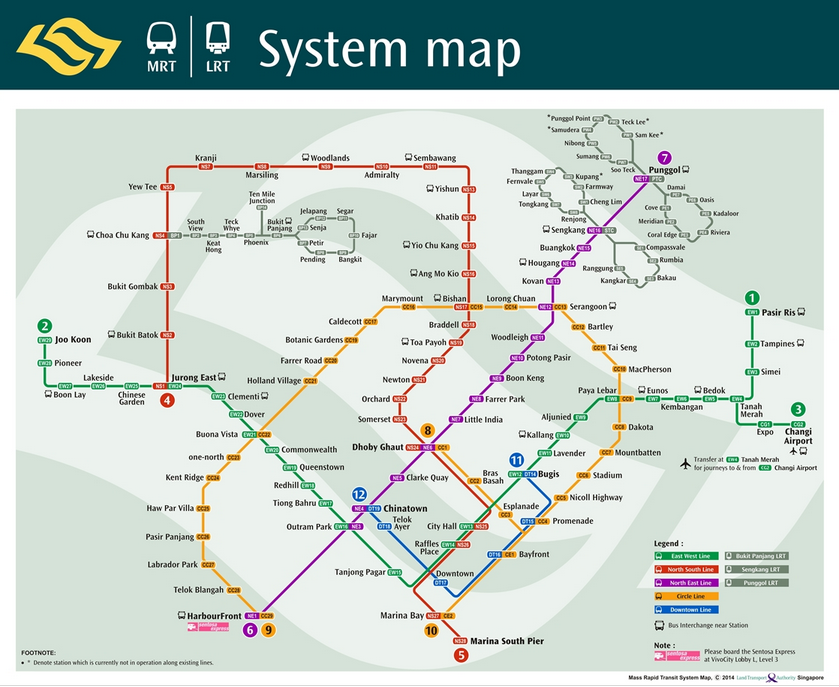 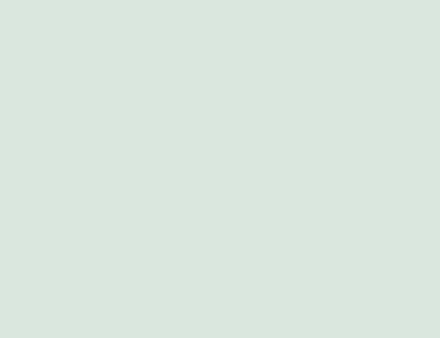 Before the ’80s and ’90s, citizens relied on cars, buses or their own feet to get around. Construction on the mass rail lines began in the late 1980s, while construction on the four lines of the light rail network spanned the late ’90s and 2000s.

Looking at pretty much any of the metrics listed above, it’s clear that Lee’s time as prime minister didn’t instantly bring about massive changes: financial growth has increased since 1990, and the lion’s share of the transport network and tall buildings were built since he left office.

But what Lee’s tenure did do was fire the starting gun on financial and infrastructure-based development; while his watchful eye as senior minister no doubt contributed to ensuring it came to fruition.