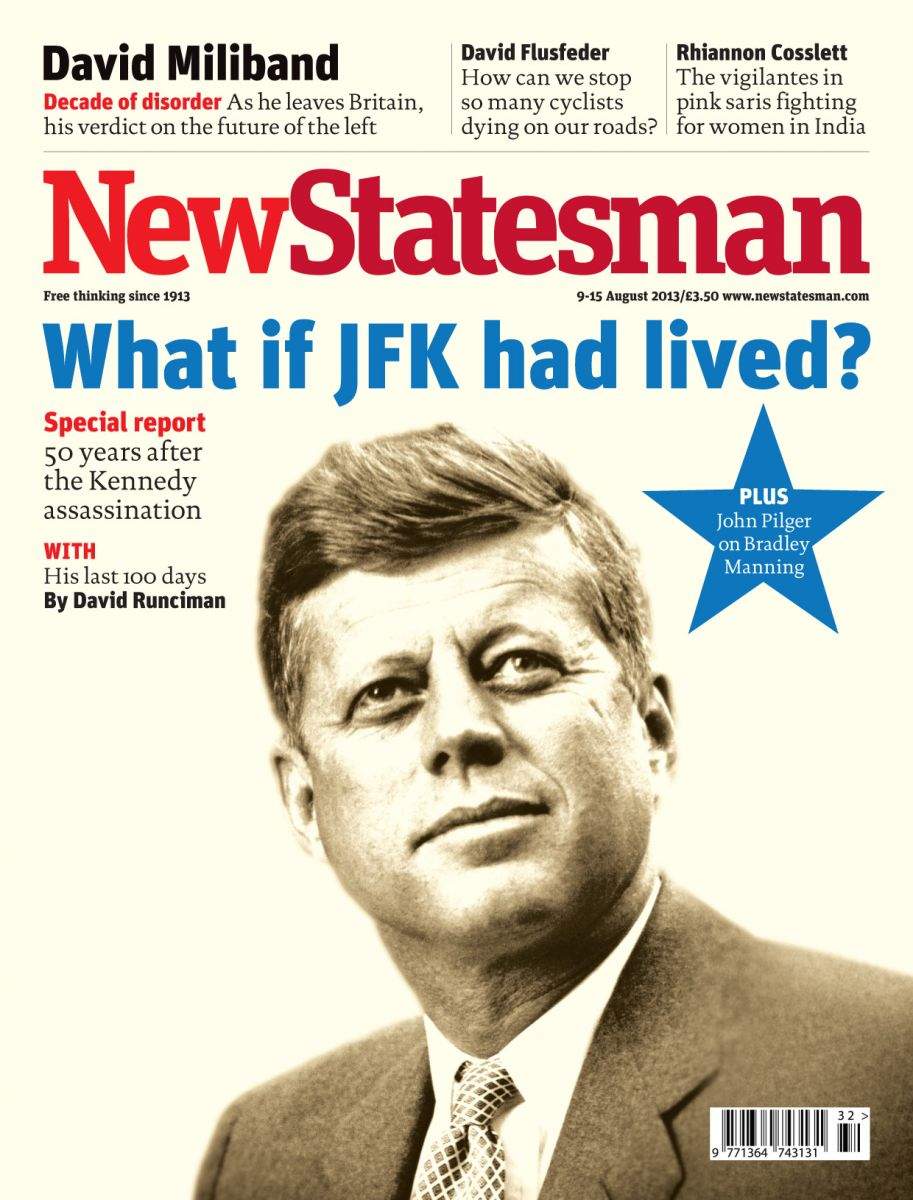 You are invited to read this free preview of the upcoming New Statesman, out on 8 August. To purchase the full magazine – with our signature mix of opinion, longreads and arts coverage, plus columns by Laurie Penny, Will Self, Caroline Criado-Perez, Rafael Behr and John Pilger, as well as our cover features on John F Kennedy and all the usual books and arts coverage – please visit our subscription page

People sometimes ask why – or lament that – the financial crisis of 2008 has not led to an upsurge of support for the centre left. One answer is that in many countries parties of the centre left were in government, and so got the blame, yet this is insufficient. In truth there was a major market failure and in particular a failure of under-regulated markets. But there was state responsibility, too. Moreover, as Stan Greenberg has written, “a crisis of government legitimacy is a crisis of liberalism”. That is why reforming the state as well as reforming the market is a necessity, not a luxury. Where centre-left parties do get elected, they quickly find that, while the nostrums of what Tony Judt called “defensive social democracy” can strike a chord when a party is in opposition, they are insufficient for government. The welfare state needs defence in the face of unfair attacks. But it also needs reform. Inequality is undoubtedly a modern menace exacerbated by austerity, but macroeconomic policy and even full employment will not tackle its roots. Those at the bottom need a voice, but the middle class is also feeling squeezed. The public sector and its services have been a civilising force in western societies, but they need to operate very differently to meet the twin challenges of changing public expectations and needs and limited public funds.

Francis Fukuyama has laid down the challenge as follows: “It has been several decades since anyone on the left has been able to articulate, first, a coherent analysis of what happens to the structure of advanced societies as they undergo economic change and, second, a realistic agenda that has any hope of protecting a middle-class society.”

We who are on the centre left should take this challenge seriously. There is not an “off-the-shelf” model of social democracy, though there are powerful examples of what can make a positive difference (as well as what doesn’t). The starting point for the modern left has to be to understand the new world.

David Miliband is president and CEO of the International Rescue Committee and the former UK foreign secretary.