President Obama really let himself go at this year’s White House Correspondents’ Dinner. For starters, he came on stage to DJ Khaled’s “All I Do Is Win”, saying “Rush Limbaugh warned you about this, second term baby!” He also referenced his greying hair, saying: “I’m not the strapping young Muslim socialist I used to be.”

He also suggested he was willing to try “one of Michelle’s tricks” to get a poll bounce, which turned out to be getting a fringe: 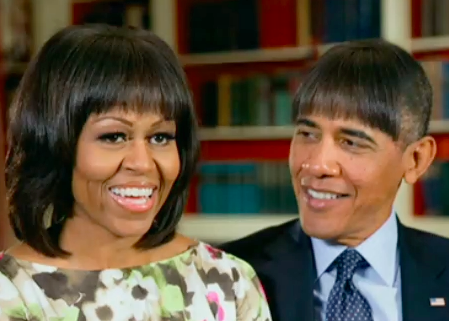 The various news networks didn’t escape – he went for CNN in particular, saying “I admire their commitment to cover all sides of a story, just in case one of them turns out to be accurate.”

America has learned nothing from its million Covid deaths

The Buffalo shooting and the rise of the lone wolf terrorist

You can watch his speech in full here: