Bulgaria erupted in protest last week, as a campaign against high electricity prices morphed into a general collection of protests against corruption and abuse of power. 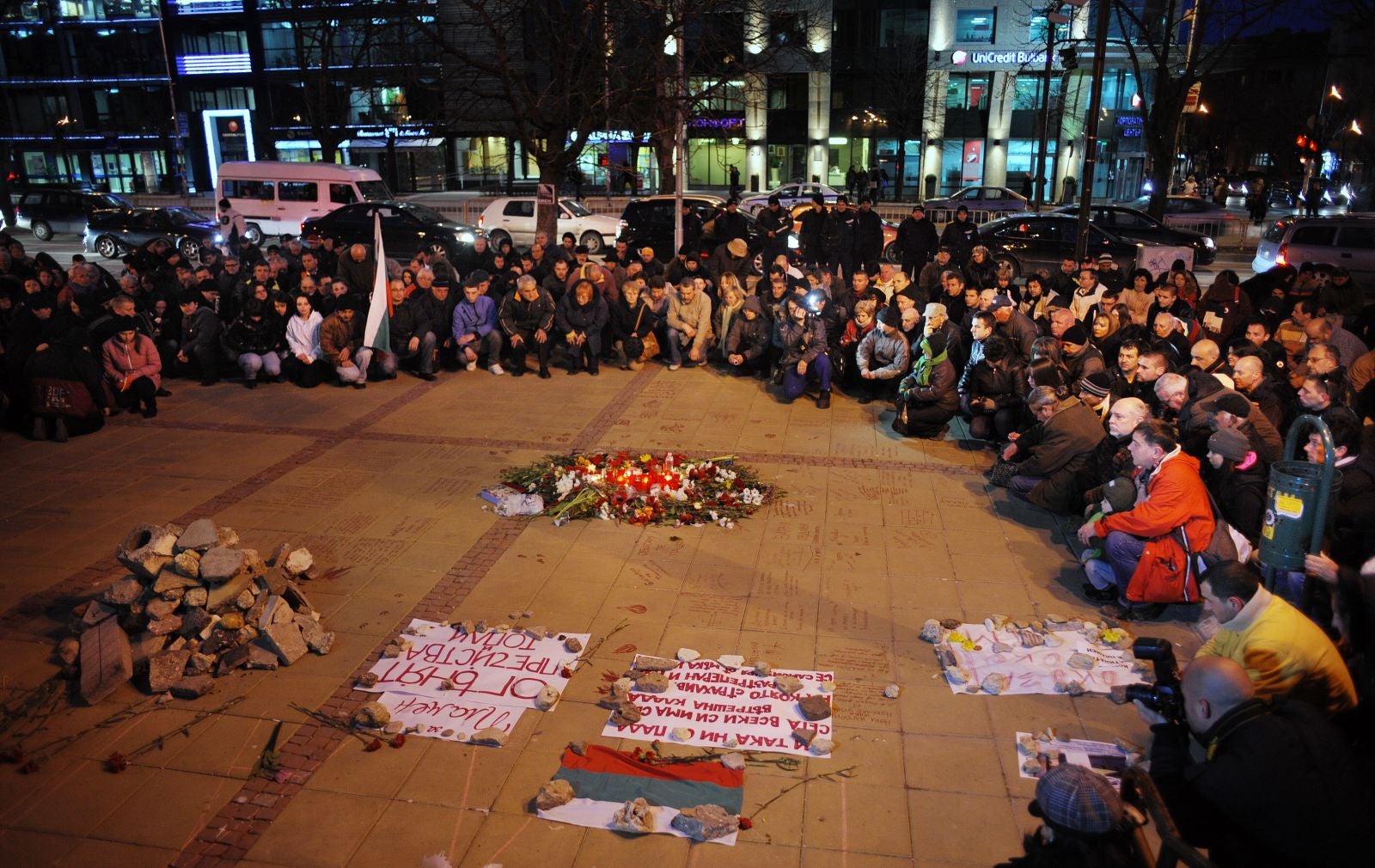 5 March: People attend a vigil outside the city hall of Varna, on the site where Plamen Goranov immolated himself

The spark for the progression of the protests was the self-immolation of 36-year-old Plamen Goranov, an amateur photographer and rock climber, in the town square of Varna on 20 February. Goranov’s move prompted the Varna protestors to turn their focus from their bills to the long-term mayor, who they accused of corruption and favouritism. 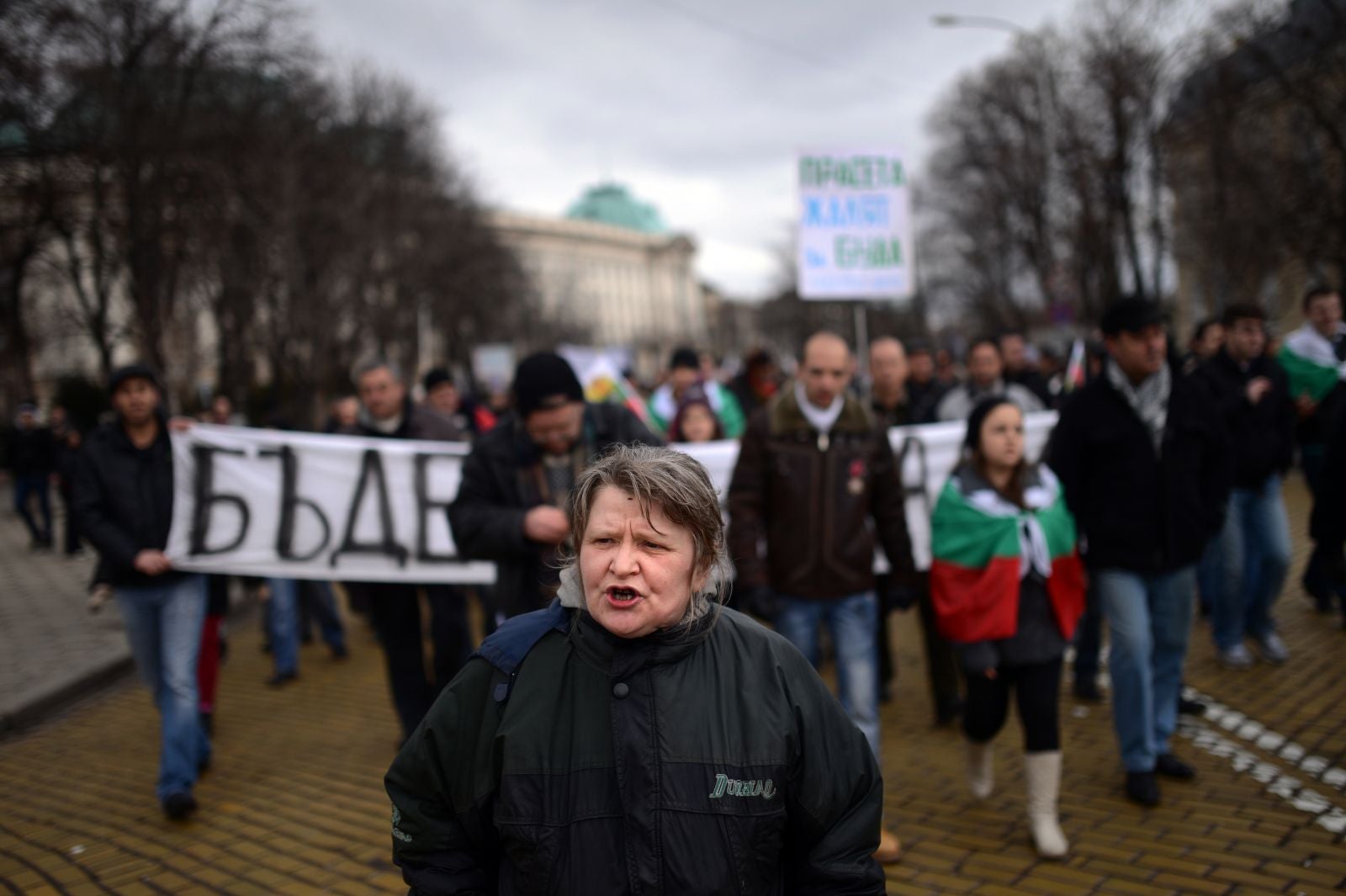 February 24: Protesters shout slogans during a protest in Sofia

The day after Goranov’s stand, the Prime Minister, Boiko Borisov, submitted his government’s resignation, saying “the people gave us power, and today we are returning it”. His last-ditch attempt to cling to power had involved pledging to cut electricity prices by 8 percent, and even promising to revoke the license of the Czech power supplier CEZ.

But Borisov’s government has presided over many of the corruption scandals which have angered protestors. In just one example, the nominee of the state electricity regulatory commission—which sets the price of electricity, itself an unpopular body—was accused of selling cigarettes illegally online. 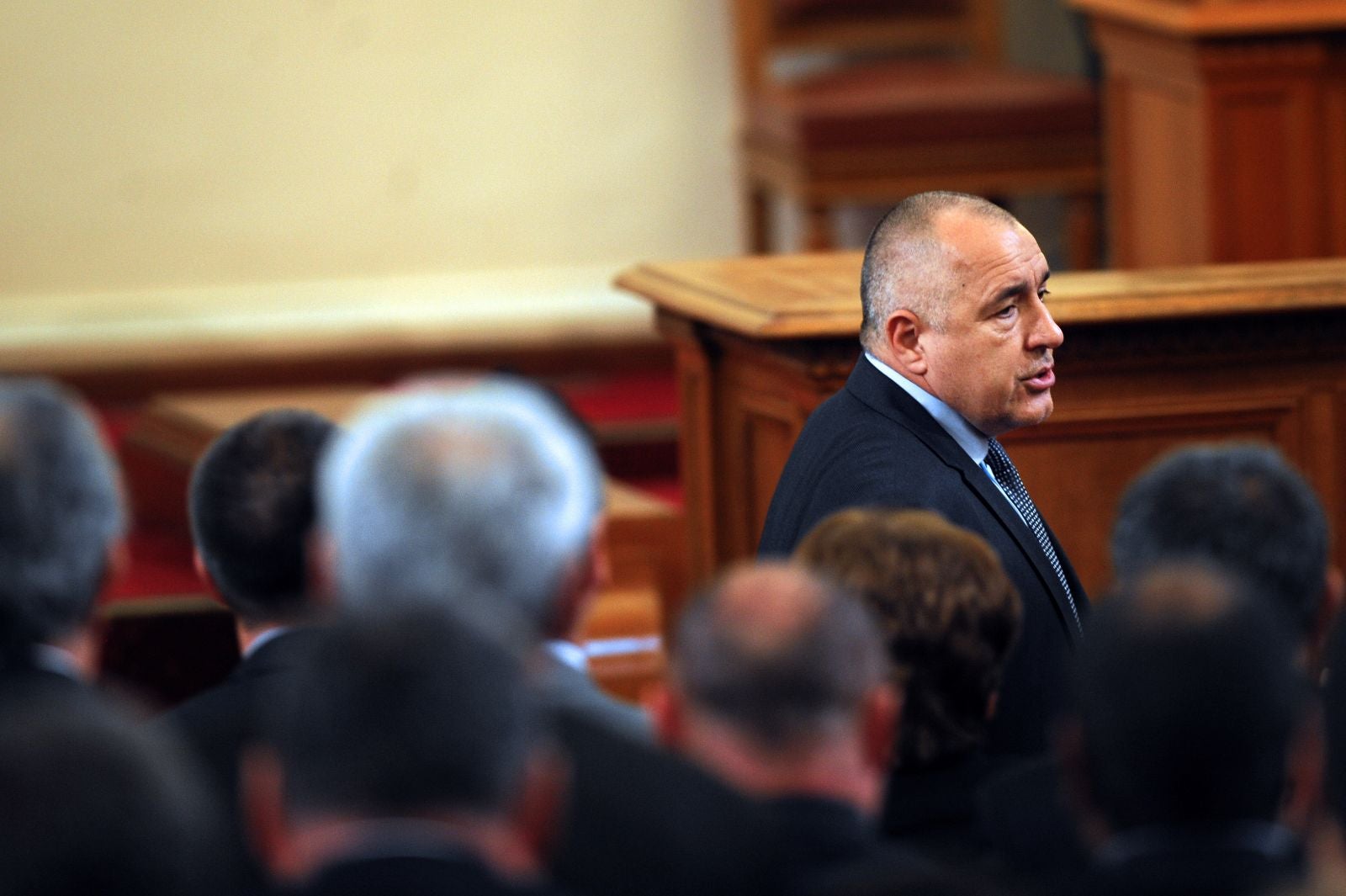 Two days before Borisov’s resignation, his finance minister, Simeon Djankov, stepped down to try and take heat off the government. Djankov was the architect of Bulgaria’s austerity programme, which—naturally—lies at the heart of many of the country’s problems. His resignation did little to sooth tempers. Reuters quotes one protestor:

“We can’t take it any more. How can I have a bill for 200 levs for electricity and all the job offers that I find are for salaries of 300 to 500 levs per month?” said jobless Monika Vasileva, 25, among a crowd in central Sofia. 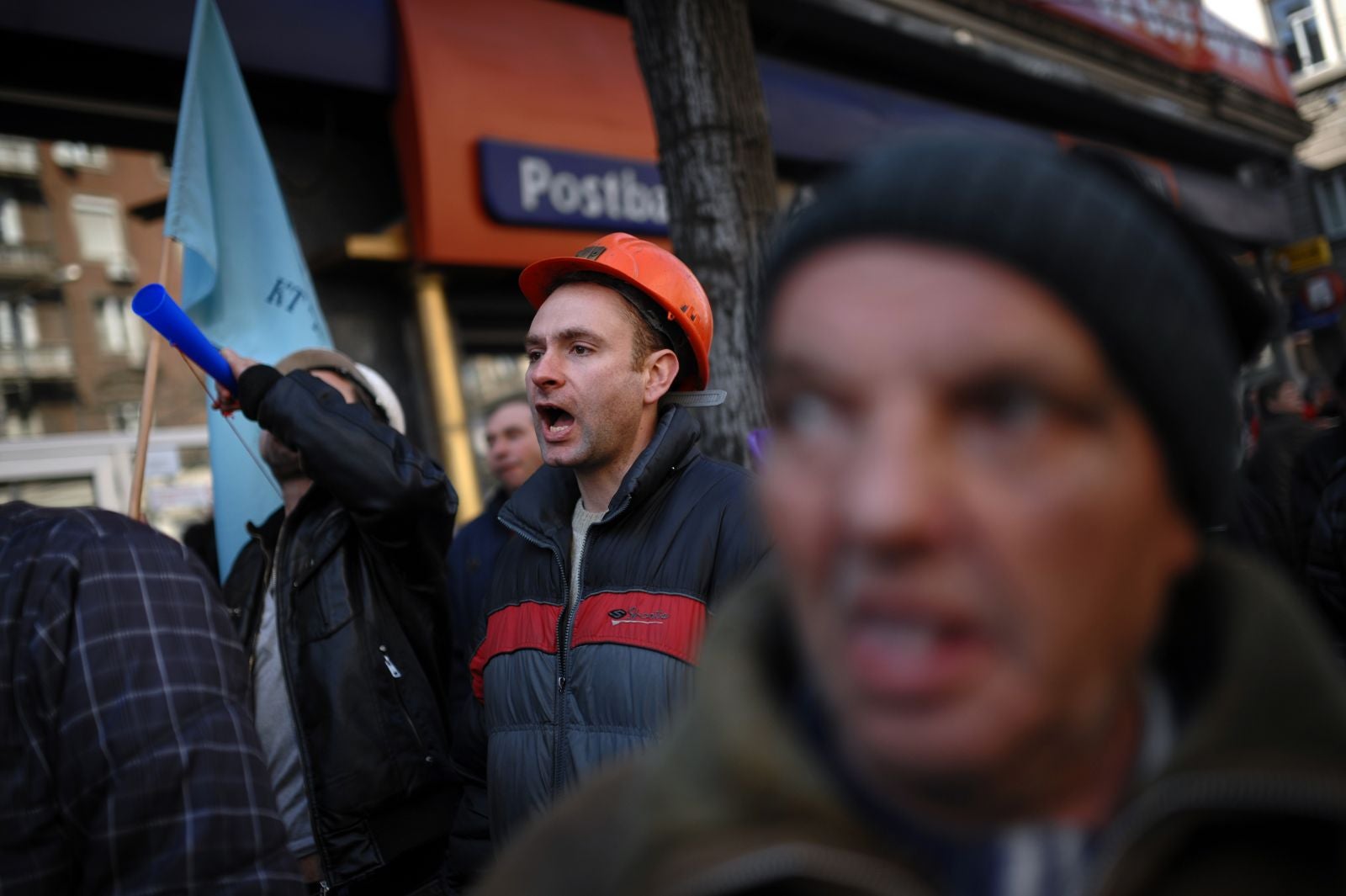 March 5: Miners shout slogans during a protest in downtown Sofia

Even Borisov’s resignation has not put an end to the crisis. On Sunday, waves of protests again swept Bulgarian cities, hitting Sofia, Plovdiv, Burgas, Blagoevgrad, Ruse, Sliven and Varna. The protestors demand the interim government heed their demands, but are faced with the problem that, while Borisov’s party has lost much support, the opposition Socialist Party has not made equivalent gains. With no-one to turn to, and a movement united more through opposition to the current government than support for any future one, the protestors have a difficult task ahead. Borisov, meanwhile, was reportedly hospitalized with “high blood pressure and general weakness”.