In the aftermath of the Sandy Hook shooting, a lot of people have been sharing this image: 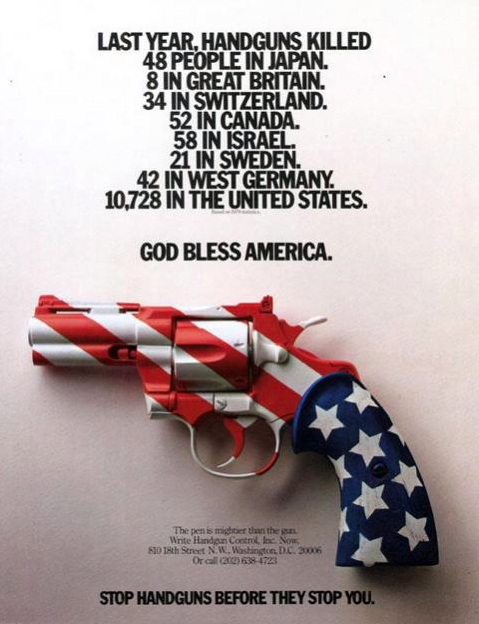 It’s powerful, sure. But it also dates from 1979, and so is a tiny bit out of date. (The fact that it’s called “West Germany” should give it away). So I made an updated one. The figures come from the Guardian datablog, and aren’t strictly comparable; they’re for all guns, not just handguns, and they don’t aggregate “Great Britain” together, so I had to add together the England and Wales, Scotland and Northern Ireland figures and called it “United Kingdom” instead.

Also, the fact that I couldn’t match the font perfectly hurts me like nothing else.

Still, if you must share one, please use this one: 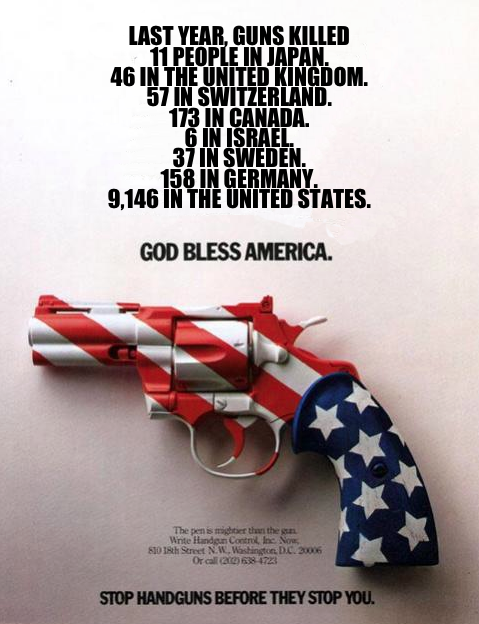