There is a scene in the TV show Girls that I watched six years ago and never forgot. Lena Dunham’s Hannah, an aspiring writer of personal essays, tearfully confesses to her one-night stand: “I made a promise such a long time ago that I was gonna take in experiences, all of them, so that I could tell other people about them.” But, she has realised, she is tired of collecting painful experiences. “Please don’t tell anyone this,” she whispers. “I want to be happy.”

I thought about this as I read Leslie Jamison’s new essay collection, Make it Scream, Make it Burn. In The Empathy Exams – her 2014 book of mostly personal essays that not only made her famous, but was credited with reviving the form – Jamison mines the wounds of her restless twenties: heartbreak, self-harm, a violent mugging abroad. Her follow-up, The Recovering, features the stories of alcoholic writers such as Raymond Carver and David Foster Wallace, as well as a thorough account of her own drinking problem.

These days, Jamison is sober, married and successful. She has been labelled the voice of her generation and is compared to Joan Didion and Susan Sontag. “For years,” she writes, “I’d been an expert at longing, an expert at loving from a state of not-quite-having, an expert at daydreaming and sinking back into the plush furniture of cinematic imagining.” Now, she seems calmer and happier – that state that Hannah feared would render her boring and creatively barren.

The wide-ranging essays of Make it Scream – circling themes of intimacy and obsession – show how fertile stability can be. In the first part, “Longing”, Jamison profiles outsiders and eccentrics, such as a family who believe their son is possessed by a Second World War pilot, and a community devoted to tracking a solitary whale in the Pacific. In the cerebral second section, “Looking”, she probes her own discomfort with journalism – the ethical issues of extracting stories from strangers and imposing narratives on them – while travelling to Sri Lanka for a glossy magazine, attending an exhibit of Civil War photographs, and reading James Agee’s 1941 book about impoverished southern farmers. Finally, in “Dwelling”, she turns the lens on herself and her (successful) pursuit of a lasting relationship and a child. The thematic arc of the book, from wanting and striving to having and achieving, loosely mirrors Jamison’s own trajectory. 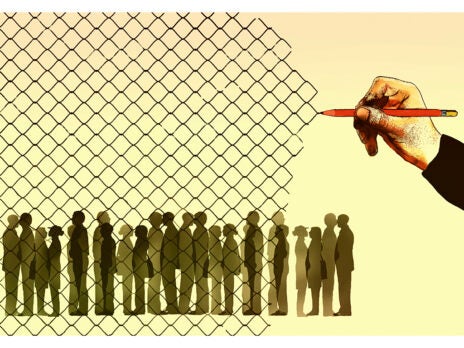 Her language is typically lush. Carrying a stranger’s bags through Penn Station, she feels “swollen with virtue”. A photographer who returns to the same Mexican village 26 times is seeking “the elusive horizon of a complete gaze”. Letters from an ex-lover are “relics from two-person civilisations that no longer existed”.

Jamison picks excellent topics for her reported pieces. In my favourite essay in The Empathy Exams, she attends a convention for “Morgellons disease” patients who, in defiance of the medical establishment, blame a range of ailments on microscopic fibres in their skin. Jamison walks a careful line between scepticism and compassion – never sacrificing her subjects’ dignity – as she considers the psychological component of their pain. She strikes a similar balance here in the fascinating “Sim Life”, which profiles an idyllic computer-simulated world and its real-life inhabitants. On the online game Second Life, housebound Alice (or, at least, her avatar) can play in a water-park, and Bridgette can escape the demands of raising autistic twins. Alicia, who is unable to have children, logs on six nights a week to parent her virtual daughter. (“Wednesday is what she calls ‘real-life night’, and she spends it watching reality television with her best friend.”) In “We Tell Ourselves Stories in Order to Live Again”, Jamison shadows a scientist studying reincarnation at a University of Virginia-affiliated lab and meets a teenage boy haunted by visions he attributes to a past life.

While she offers her subjects plenty of empathy – focusing on the reality of their experiences rather than the likelihood of their beliefs – she allows herself to deviate from the agnosticism of the 2014 version of this essay. Now, she reflects: “Maybe I wasn’t doing anyone any favours by pretending that my belief system was tolerant enough to hold everything as equally valid. Maybe there were experiences I couldn’t relate to and things I might never believe.” For a writer like Jamison, that’s a braver confession than the details of her drunken escapades.

Until this book, I preferred Jamison’s journalistic writing to her personal essays. Here she admits that she has, at times, “loved nothing better than telling inflated stories about my own ordinary dysfunction”. In his review of The Recovering, Dwight Garner of the New York Times wrote that Jamison likes to “rub our noses in her bad-girl bona fides”. Even here, when she reminisces about her days “smoking cigarettes on my stoop and feeling sorry for myself”, I can’t help but imagine her holding the cigarette like she expects it to give her cancer. Smoking conveys nonchalance; Jamison cares so much. She mentions that she often writes 10,000 words more than she has been assigned.

I find her more plausible and interesting here, at the Disney Store, anxiously looking for a toy that will win over her stepdaughter; in Las Vegas, sticking to mocktails and feeling deprived, “drinking juice in the land of two million crystal beads”; on the toilet, turning in an edit and signing off, “PS I am in labour.” The minor dramas of her sober, settled life are more compelling than her self-cutting or her eating disorder.

If she is drawn, in her journalism, to people who are obsessive – whether about their work, their art, or just a computer game – she herself is obsessed with the limits of storytelling. She laments the impossibility of writing objective truth, and the fact that “representing people always involves reducing them”.

A short piece called “Layover Story” – a kind of interlude – is a powerful case study. Stuck at Houston airport, Jamison is annoyed by a woman loudly demanding a different shuttle and complaining about the delay. She begins to forgive the woman when she notices that she is limping. Later, in her hotel room, Jamison googles her name and finds that she was the victim of a random stabbing in Central Park. The next morning, she agrees to escort this stranger from Newark to Manhattan, carrying her bags through a blizzard and congratulating herself for her good deed. In a final twist, the woman mentions that she hurt her knee on vacation, dancing to “Mamma Mia”. With each new snippet of information, or misinformation, Jamison transforms the woman into a different character in her story. “First she was a tyrant, then a saint, and finally just a tourist, dancing.”

“Layover Story” is one of just four pieces that is fully original to Make it Scream. It is usually considered a weakness for a collection to include essays that have already appeared in magazines. But here, those stories, with their revisions and
addendums, feel like proof of concept: the writer’s work is never done.

Alice Robb is the author of “Why We Dream: The Science, Creativity and Transformative Power of Dreams” (Picador)