The preservation of videogames has grown as an issue in recent times as fans of the medium recognise that we’ve hit the point in its history where things are going to start getting lost. Memories get faded, pioneers look to retirement and so on. Moreover, fans are recognising that not only are things going to get lost but the only people who care enough to preserve games are, well, us. Older generations have different priorities and their own things to look after, mostly themselves at this point in time. The preservation of video game history falls to those of us in the here and now, the ones playing them.

One element to this preservation is of course the physical business of ensuring that a functional copy of every game exists for posterity. This isn’t always easy, you not only need a working copy of the game, you need the hardware to run it and play it as intended which can be a problem for early computer or console games and in particular arcade games. Sometimes games can be rebuilt or emulated in a modern format, which solves some of the problems but sacrifices the authenticity of the source material.

The problems with preserving games are deepened when you start to look at games that are built from the ground up around an online component, which is becoming increasingly common.

So maybe for example I’ve preserved all the data needed to install City Of Heroes. Great, except that I won’t be able to actually play it again, because the servers that hosted the game world are down and setting up a new server for purposes of nostalgia wouldn’t be 100 per cent legal. That is not to say it couldn’t be done, it’s not like there’s an international squad of crack Internet investigators hunting down rogue servers for defunct online games, or even active ones, but it’s not like you can go through regular channels for archive funding if you are running things on the sly. If we’re looking at the long term, maybe twenty years or more into the future, funding starts to become a real problem. 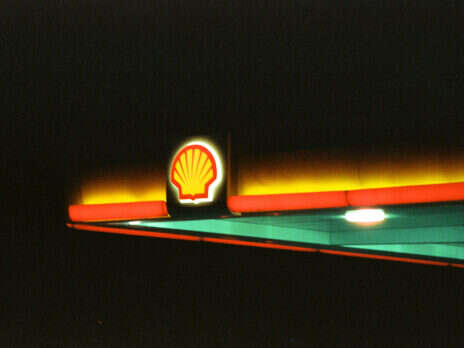 When you’re talking about preserving games like City of Heroes, which are designed to be only played online, the requirement for a functioning server is obviously a key part of it, but this reliance on a remote server is now becoming much more widespread for games. The concept of games that are “Always Online” brings with it problems that archivists will have to deal with to keep them functioning.

Once again, these are commonly problems that pirates or other technically savvy users have already bypassed. Built-in requirements for a Steam, Origin or Uplay connection are routinely removed by pirates when the games are redistributed and installing what’s called a cracked version, even of a game you’ve bought, can save hassle with logins, passwords and connections. Good news in many cases for the long term viability of these games, but again this practice is unsanctioned, with the Entertainment Software Association claiming that restoring functionality to a game in this manner amounts to legitimised piracy. It is a disturbing school of thought that would rather see old games vanish from existence than be salvaged for posterity.

The always online feature of game design may have begun on the PC but the newest console generation has embraced the idea that a game should need to connect to a server to function (as many users found to their dismay last Christmas when the networks were subjected to DDoS attacks). While this won’t be a problem until the console manufacturers decide to discontinue their servers, it will then be a gigantic problem if the aforementioned legal grey areas are not tidied up well in advance and a suitable solution found.

The nuts and bolts of archiving games isn’t the entire picture because what is at risk is not merely the games themselves but the knowledge of how they were played and also the sense of what it was like to play them at their natural point in gaming history. It is one thing for example to get a fully functioning server up for a dead MMORPG, but without knowledge of the games themselves, their communities, their tactics and the ambitions of the player-base, what remains would be of considerably diminished value.

For instance with Ultima: Online, you could maybe get the game to work in the future, but you wouldn’t know about the Banksitters, the richest players in the game, decked out in their finest rare or ridiculously expensive items, sitting on top of the Brit West Ban just because, well, that was what you did back then. Or you might be able to get Planetside to work, but you wouldn’t know about the Conga lines, with players waddling along, crouched down, with their waving arms in the air to kill time while bases changed hands. Indeed without a few hundred people to test the game with at the exact same time you’d miss out on the entire experience.

The weird and wonderful quirks evolved into the playing of these games, if lost, leave little more than the shell of the game to the ages. Like something that might be dug up on Time Team, the digital equivalent of the stone foundations of an old dwelling and a scattering of utensils. You might be able to recognise a house, you might see how to use the utensils, but the sense of being there with the original owners would communicate so much more.

As such we need to not only preserve the games themselves but their stories, their cultures and their place in the evolution of the medium, even their place in contemporary society.

Of course it could be argued that little of value would be lost if the games and gaming habits of this generation faded away. It could be said that given the many other problems we face this is a trivial affair and there would be some truth to that. After all while I’m lamenting that Pirates of the Burning Sea might one day be forgotten, there’s animal species dropping like flies and halfwits in bulldozers demolishing ancient sites in Syria and Iraq, events that seem much more urgent, much more worthy.

However, I would argue that matters of conservation and preservation are not a zero-sum game. We should preserve what we can because we simply don’t know what may need to be saved, and the value can only be judged decades, even centuries from now. As such it is better to be safe than end up, as we are now, looking back at western civilisation and wondering what went on in the big hollow spaces where knowledge ought to be, contemplating all the history, literature and films lost to the ages.

We are perhaps too close to it to see it but we are living through a critical period in human history, the transition from the industrial to the digital age. Our parents rode on steam trains and planes with propellers, now we’ve got technology so advanced that we can use it from any connected point in the world to undermine the self-esteem of a scientist in real-time as he lands a probe on a comet. What an age to be alive.

Beyond that we are also seeing the videogame emerging as a truly dominant pastime and people in the future are going to be interested in that, just as our historians and scholars have examined the works of early playwrights, early novelists and early cinematographers.

It may turn out that this generation amounts to very little. We might disappoint historians. There might not be a version of Downton Abbey made in a hundred years about the goings on in turn of the 21st-century society. We might be remembered only as the generation that apparently really enjoyed the works of Michael Bay. But the more we preserve of our present the more we will be remembered in the future on our own terms, and that has to be a good thing.