Teachers’ favourite Michael Gove today struck out against the “left-wing myths” surrounding the First World War. In a comment piece written for the Daily Mail, Gove champions the renaissance of history in Coalition Britain. At last, he cries, good historians have begun to tell the truth about this patriotic nation’s glorious past. Despite the efforts of bad historians – namely one Cambridge Don, Richard J Evans – who insist on exploring the many reasons why the war happened, and even suggesting, Thatcher forgive us, that it ought never to have happened at all.

“The First World War may have been a uniquely horrific war,” he wrote, “but it was also plainly a just war.”

Television, it seems, is also to blame:

Our understanding of the war has been overlaid by misunderstandings, and misrepresentations which reflect an, at best, ambiguous attitude to this country  and, at worst, an unhappy compulsion on the part of some to denigrate virtues such as patriotism, honour and courage.

The conflict has, for many, been seen through the fictional prism of dramas such as Oh! What a Lovely War, The Monocled Mutineer and Blackadder, as a misbegotten shambles – a series of catastrophic mistakes perpetrated by an out-of-touch elite. Even to this day there are Left-wing academics all too happy to feed those myths.

He added that these arguments were “more reflective of the attitude of an undergraduate cynic playing to the gallery in a Cambridge Footlights revue … than a sober academic contributing to a proper historical debate.” A proper historical debate, of course, being one that champions the actions of the British elite, while smudging over their misdemeanours. 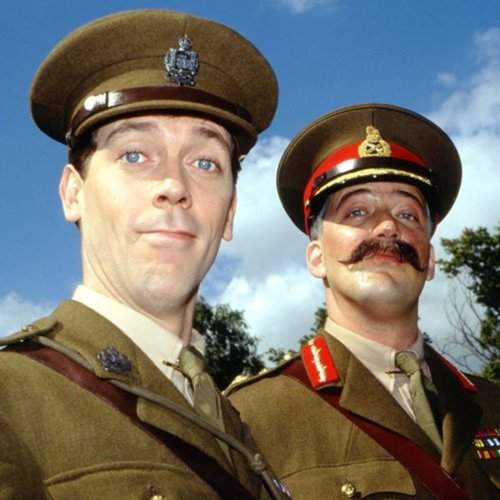 “The past has never had a better future,” the Education Secretary writes at the start of his piece. So long as proud men and women are happy to die for their country – or at least are believed once to have been – we have nothing to fear. Next time the Mole takes a holiday in France, he’ll be sure to look at all the shattered bones deep in the wet earth by the Somme, and think of Mr Gove.

In the interest of BBC-like impartiality, here’s a few things Professor Evans has had to say about the Education Secretary in the past.