Anyone who has ever looked a graph of income distribution for the UK or the US over the last five decades can’t help but be struck by the same thing. Somewhere around 1979 or 1980, a long decline in the share of income going to the richest members of those societies halted, reversed, and has been climbing ever since. In the last decade this trend has been exacerbated. Middle-class wages have stagnated and started to fall.

So what happened at the end of the 1970s? We barely have to ask. Ronald Reagan and Margaret Thatcher, the two titans of neo-liberal economics, came to power, cut taxes and regulation, creating more dynamic but more unequal economies, the fundamentals of which remain intact today.

Whatever you think of their legacy, the scale of change they effected is impressive. Reagan and Thatcher were transformational figures: Big People doing Big Things. Obama and Cameron just don’t seem to be in the same league, and few people are yet convinced that Hillary Clinton or Ed Miliband will change the course of history.

But what if this story is wrong? What if it wasn’t politics that precipitated this epochal shift in the shape of our societies, but a force more powerful than any controlled by mere politicians?

Nadhim Zahawi is playing into Putin’s hands, not striking nurses

In an important new book, the Second Machine Age, Erik Brynjolfsson and Andrew McAfee note that inequality rose over the same period in most advanced countries, including those with very different policies, institutions and cultures. In Sweden, Finland and Germany over the past thirty years, inequality has grown more quickly than in America (albeit starting from a much lower base).

The stagnation in middle-class incomes, say Brynjolfsson and McAfee, didn’t start in Washington or Westminster, but California. In 1980, Steve Jobs and Bill Gates were taking digital technology into the office and the home. By doing so they triggered a wave of economic and social change that has been gathering momentum ever since, greatly accelerated by the Internet. Its benefits have been abundant. Its costs are only now becoming apparent.

Compare two photography companies. Kodak was founded in 1880, and at its peak employed nearly 145,300 people, with many more indirectly employed via suppliers and retailers. Kodak’s founding family, the Eastmans, became wealthy, while providing skilled jobs for several generations of middle-class Americans. Instagram was founded in 2010 by a team of fifteen people. In 2012 it was sold to Facebook for over one billion dollars. Facebook, worth far more than Kodak ever was, employs fewer than 5,000 people. At least ten of them have a net worth ten times that of George Eastman. 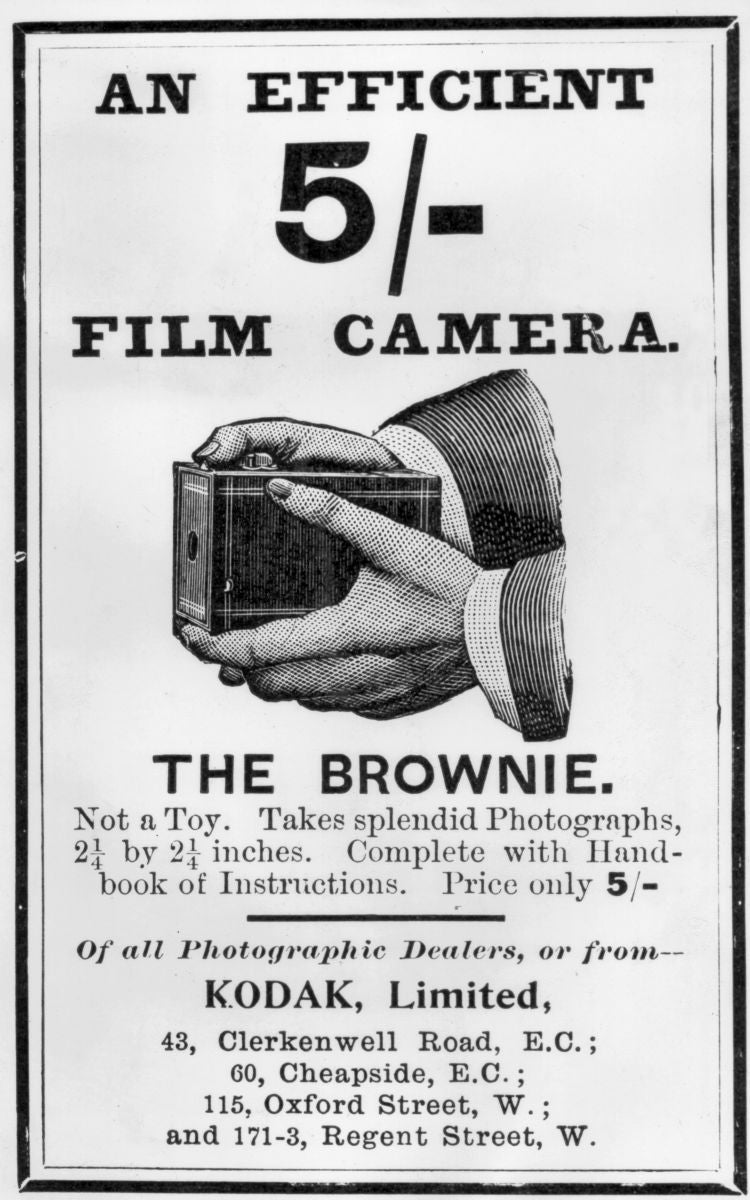 A 1894 advertisement for the Kodak Camera in The Graphic. Photo: Hulton Archive/Getty Images

This, in a nutshell, is why digital technology is changing our societies in such a profound way. In a wired world, it costs virtually nothing to reproduce a photo or an e-book or a piece of software or to send it across the world. Small teams of designers or engineers can make products consumed and paid for by billions, creating vast wealth for their originators like Mark Zuckerberg. But the wealth doesn’t “trickle down” because digital goods require so few people to make them, and digitally organised workplaces require fewer people to run them.

People without the ability or good fortune to make it to university or acquire valuable skills will find it increasingly hard to make a good living. Many lower-wage jobs will disappear: production line or supermarket checkout jobs are already disappearing, but as computers become get cleverer, even accountants and lawyers will start to feel the heat. Those who keep their jobs are increasingly likely to see their income stagnate, as a greater share of wealth is captured by highly skilled, the highly creative and the highly lucky.

So what can our politicians do about this? Not nothing, but certainly less than they claim or we would like to think. This is a structural shift so profound that no closing of tax loopholes or fiddling with rates can make much of an impact. Thatcher and Reagan didn’t have as much influence over their societies than we awarded them in retrospect. Today, their would-be equivalents can change even less.

In a recent interview with the Guardian, the former diplomat, adventurer and writer Rory Stewart described what had he had learned about power since becoming an MP in 2010: “We pretend we’re run by people. We’re not run by anybody. The secret of modern Britain is there is no power anywhere. The politicians think journalists have power. The journalists know they don’t have any. Then they think the bankers have power. The bankers know they don’t have any. None of them have any power.”

Stewart’s discovery chimes with the theme of a recently published book by Moses Naim, a former editor of Foreign Policy. In The End of Power, Naim argues that leaders of all kinds – political, corporate, military – face greater constraints on what they can effect than at any time in history. The problems are bigger and more complex, while the mechanisms of change have become degraded and unreliable. The Iraq war wasn’t an exercise in overweening imperial power, so much as a demonstration of its limits: the Americans couldn’t even keep the electricity running in Baghdad. Big businesses are more vulnerable to the disruption of smaller upstarts than ever before (Kodak filed for bankruptcy just as Facebook bought Instagram). In the boardroom or the cabinet room, executives know that their decisions will face greater scrutiny than ever before, and proceed more cautiously.

Being a leader isn’t what it was. Power has become more dispersed, even as wealth has become more concentrated. It’s enough to make you have sympathy for Nick Clegg, or with Barack Obama when he defends himself against the left’s charge of political timidity. The impotence of our rulers isn’t, as sometimes appears to be the case, because they are uniquely inept or feeble. It’s because so much of their power is illusory. History is being made, to borrow from Marx, “behind their backs”. The age of titans has passed.