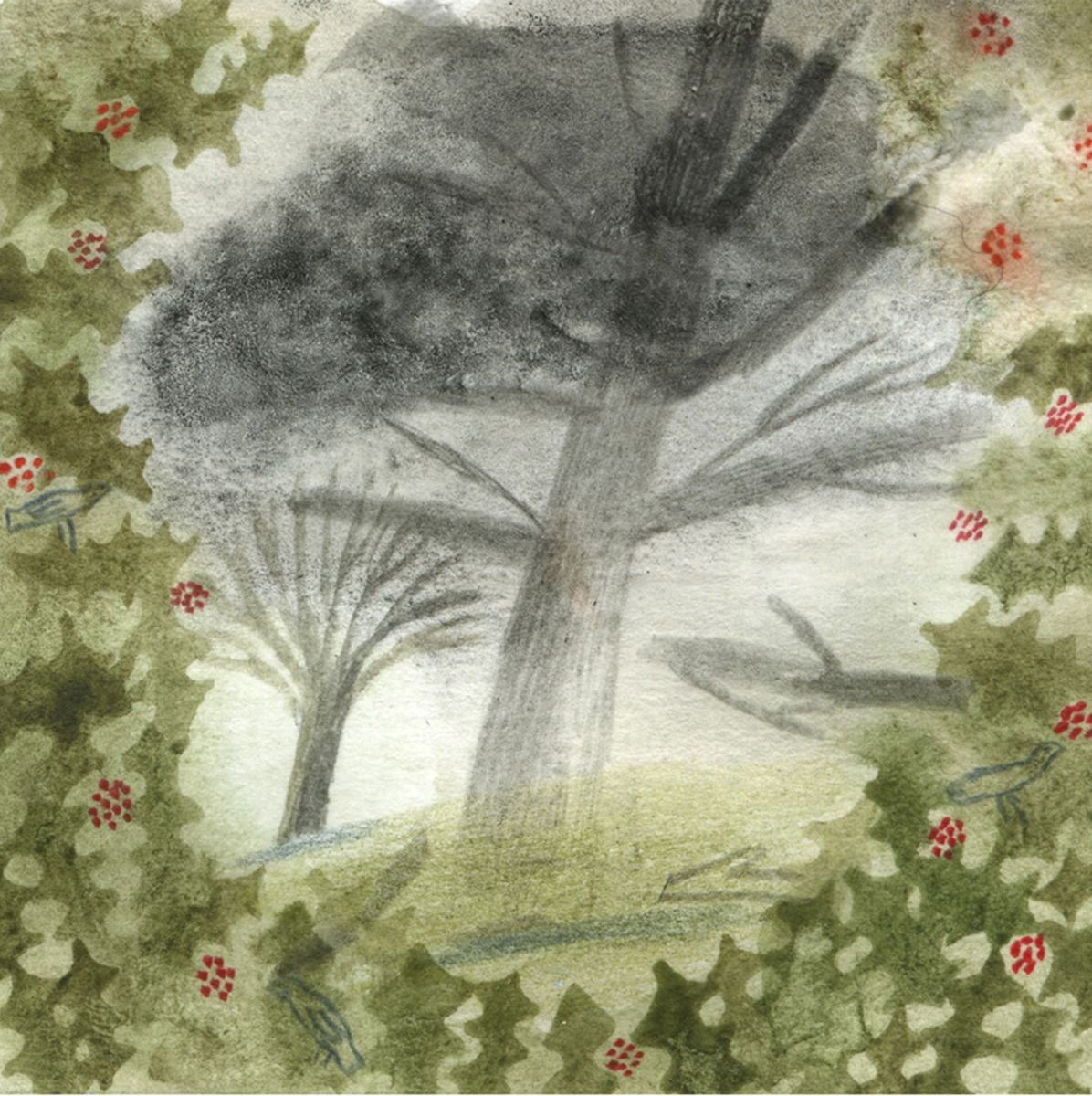 Winter in Norfolk tends to revolve around a kind of weather known locally as “dinge”, which like all good vernacular tags is satisfyingly self-explanatory. I know a dinge day before I open my eyes, and I know how the day will develop for me: a thick head and sulky hours gazing at a screen against a grey cloud-ceiling. I know, I should force myself out more. But sometimes the prospect of blank trees and the glum corduroy of the ploughlands locks me inside, leaving me trying to find landscapes in my imagination.

Tim Dee, in his marvellous new memoir, Four Fields, argues that indoors/outdoors is not just a topographical opposition but describes two kinds of experience. “Indoors, seen from the field, seemed at best to be talk about life . . . [but] I saw it was true that indoor talk helped the outdoor world come alive and could itself be living and lovely, too.” Tim is as pace-setting in his writing as he is in the field and I go along with him (at least in my head, not sure about the legs) that there is an osmosis between indoors and out, and that outdoors is often at its most thrilling when it resembles the unpredictable ebbing and flowing of “indoor talk”. To that, I’d add that indoors often seems physically invaded by field liveliness.

When I moved to East Anglia, in 2002, I lodged briefly in a big, timber-framed farmhouse, riddled with knot-holes and plaster cracks. Early that winter a violent south-west gale raked through the countryside and was palpable inside the house. A strange miasma began to fill the rooms, an aerial flotsam of pulverised bat droppings, rotten wood, horsehair and plaster dust from desiccated wattle and daub. The house was full of five centuries of fossils and the wind had blown them back to life.

A few months later, I was out on the fen one frosted late afternoon and saw our resident herd of Konik ponies (ancestors of – and barely distinguishable from – the native European wild horse) careering through the reeds, their stubbly manes glowing crystal-red in the sunset. It was like a panel from the Ice Age cave paintings in the Ardèche and ever since then, I’ve had a thing – that I hope doesn’t rationalise my winter sloth – about caves being the archetypal creative arena; places where the membrane between inside and outside is most permeable. The great American nature writer Annie Dillard once described her own cavernous writing needs for an attic with blacked-out windows. “One needs a room with no view,” she wrote, “so imagination can meet memory in the dark.”

The Norfolk house I now live in helps fuel my cave conceit. It’s ancient and cranky, full of dark recesses and shifting pools of light. In winter, hoping that creeping about might stand in for big hikes, I prowl about like some interior forager and the house feels not just like a memory pit, but an interior ecosystem, in which information is among the species. The shelves are full of creatures hunkering down amid the data: house crickets loaf on the warm shelves, silverfish dart from opened pages. Books and papers pile themselves into serendipitous arrangements, like ongoing conversations (did I really put a copy of my family tree, with all its dissident Polish forebears, on top of a scientific paper on ash dieback in eastern Europe?).

Sometimes, a rare shaft of low winter sunlight, reflected off bird-scaring CDs in the garden, lights up the swells in the old plasterwork. The artist who decorated the Chauvet Cave in the Ardèche exploited the same trick of the light and painted a distorted rhinoceros over a curve in the rock so that it seems to shift and tense when lit by a moving lamp.

Recently, the East Anglian coast was hammered by the biggest winter storm surge for half a century. I love extreme weather – the polar opposite of dinge – and the sense it gives of the outdoor world weaving and warping like indoor talk. It was only the possible bad taste of goggling at others’ misfortune that stopped me driving up for a look. But no such delicacy inhibited thousands (many of whom had been evacuated) from crowding against the police barriers to watch the wave show.

Much of East Anglia lies only a few metres above sea level (we aren’t called web-feet for nothing) and the idea of inundation is part of the indigenous folk memory – almost a local creation myth. Water is respected but treated with the same chutzpah that a snake charmer shows a snake. Famously, during the devastating North Sea flood of 1953, local drinkers in Orford took to the tables with their pints as the flood water lapped their chair legs.

Inland, the great rains this early winter have shown that flood water makes new opportunities as well as destroying old rigidities, and maybe joins past and future. On our local commons, new runnels and pools look as if they are just reclaiming ancient territory. Down in the New Forest a few weeks back, amid gale-snapped trees still smelling of resin, I watched a new stream being created, as a flash flood drove a branch through the leaf litter like a snowplough.

When I lived in the Chilterns during the great gales of the early 1980s, I used to go out storm-chasing. I never actually saw a big tree falling but I did once see a wind-thrown beech being dissolved by rain. The downpour was so ferocious, it was flaking off chunks of rotting wood and fungus, and essence of beech was dripping on to the forest floor. I was sheltering in a holly bush, a kind of arboreal cell, and watching it happen through a screen of foliage and indoor tropes. It was a classic cave experience, both inside and out.

Richard Mabey is a nature writer. His latest book is “Turned Out Nice Again: Living With the Weather” (Profile Books, £8.99)