My first job in life, back in 1958, was on the Manchester Evening Chronicle as a graduate trainee journalist, which was a joke, as there was no real training. Until then, I hadn’t been south of Penrith, apart from a day trip to London for the interview at Kemsley Newspapers (later Thomson Newspapers) in Gray’s Inn Road. My home town was Carlisle and for four years I had been at Durham, which, oh God, I can’t face getting a map out, isn’t south of Penrith, is it?

The Chron, which was then in deadly rivalry with the Manchester Evening News, had a million readers each night, so it boasted on the masthead, and was housed in Withy Grove, the biggest newspaper building in Europe.

There were frequent headlines in the Chron and the News about the north-west – “Pools Winner from the North-West”, “North-West Couple in Road Drama”.

I would rush to read the stories, thinking: it’s probably about Carlisle people, or at least Cumbrians, so I might know them. But it was always about folk from Salford or Wigan, or Chester, and even Buxton. To me, they were in the Deep South, practically the Mediterranean. 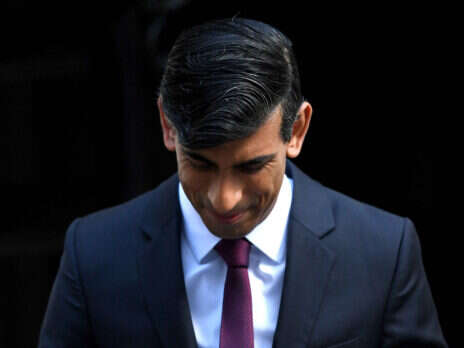 Look at any map of England and you will see that the northwest, no question, is definitely that bulge at the top left that today is called Cumbria. Yet Manchester and its hinterlands were convinced they were the real north-west. When I came to London the following year, then joined the Sunday Times – with an accent no one could place, but must be northern – it really did seem like the Med, thanks to the smells, the sun, the clothes, the food, the outdoor pavement life. The distinctive aroma of London, like that of Paris, has disappeared. All big cities now smell the same.

The thing about the north is that, of course, there is no such place. It’s full of different places, just like London or Paris, some parts being looked down on, ignored, feeling chippy, feeling slighted.

Carlisle feels even more ignored than it was when I left, cut off from Manchester and the rest of England. Get cancer in Carlisle and you have to trail all the way over to Newcastle or Lancaster for treatment. Look at a map and you realise what a drag that must be, especially when screaming in agony, as one of my young relations recently was.

Pity Carlisle United, then, stuck out on its own, the only League club in the whole county when once there were three – along with Workington and Barrow. Yet back in 1974 not only were CUFC in the top English division but on 14 August 1974 they were top of the League. Only three games had been played, but they’d beaten Chelsea, Middlesbrough and Spurs. Alas, they got demoted that same season. They are now lingering in League One, which, despite its name, is the third English tier. Will it ever happen again that a faraway small northern town in an empty rural area will get into the Premier League? No chance. Those days are gone. And days to come will get worse.

One of the reasons Lancashire and the London area can still support so many league clubs who are not in the Prem is the Prem. When you’re not quite making the first team at Man United, or far less at Spurs, you don’t want to move to Carlisle, even if they guarantee that you’ll play. You want to stay local, so you move to Preston or Charlton, keep your gated mansion and Baby Bentley ticking over, till the call comes again. If you’ve not even made the bench and are still very young, they might send you out on loan, which is a godsend for small, struggling clubs, but not many players want to go to Carlisle. It’s all sheep, innit?

Carlisle have currently got Ben Amos, a young goalie from Man United, but for only a month. Carlisle depend on a good Cup run – which they did have for a few years, getting to Wembley for the Johnstone’s Paint Trophy final, don’t mock – or on discovering talent that can be sold on quickly at a large profit.