Let it never be said that Milton Keynes is not a home to marvels. From 2015 its residents will be able to take driverless cars between its railway station and its town centre.

It gives Milton Keynes the distinction of being the first place in the UK to get driverless, but it’s a distinction that is only awarded on a technicality. These driverless cars are not like other driverless cars you might have seen – they’re more like a automated golf buggies, with a top speed of 12mph. There’s a reason they’re called “pods” by the Department for Business, Innovation and Skills:

These are not driverless cars in the way that Google, or Mercedes-Benz, mean – those are cars that are so advanced that it’s likely that there won’t be a need to drastically reconfigure much road infrastructure. When those cars come along, they will be better drivers than humans, and in the process might cause the biggest reconfiguring of transportation infrastructure in advanced economies since the invention of the railways. They could also put the millions of people who work as professional drivers out of work. 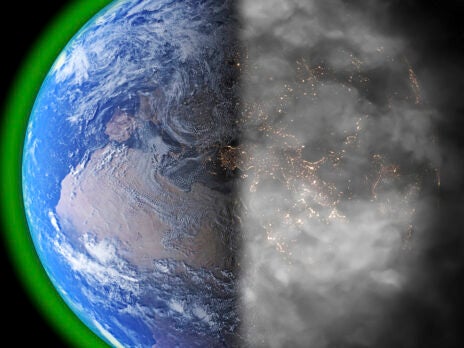 In Milton Keynes, the pods will be limited to special paths built on pedestrian footpaths, and they will be segregated from regular traffic. Like other driverless cars they will have sensors to stop them crashing into things, but they won’t need to be nearly as advanced as driverless cars intended for proper road use. 2015 will see 20 go into operation, with 100 planned by 2017, at a cost of £1.5m.

That said, they will show off some of the advantages of driverless cars – namely, that you do stuff while driving that you couldn’t do before. Browse the web, make calls, check email, play games, even just look out of the window and enjoy the view – all that time behind the wheel suddenly becomes time in which you can also do useful things. (But arguably it’s going to be so, so horrible when the standard work day begins from the moment you start your commute, not when you end it.)

We don’t even have to wait until 2015 to see how they’re going to work, because they will apparently be based on the same technology currently in use at Heathrow airport as a shuttle service. Here’s a video from ITN, recorded two years ago:

Think of these pods as the halfway house between the Heathrow shuttle – which, apart from running on tires instead of rails, is almost identical to light rail – and the full deployment of driverless car technology, which will happen by the end of this decade in several countries at the very least. The organisations that are collaborating on the Milton Keynes project are engineering firm Arup, Oxford and Cambridge universities, Transport Systems Catapult, and the Automotive Council, and their motivation is primarily research.

That’s why this is being sold as more of an experiment than a straightforward deployment of some new technology. Here’s the statement from Vince Cable:

By 2050, very few – if any – new cars will be powered solely by the traditional internal combustion engines, so it is important that the UK car industry is at the cutting edge of low carbon technologies. The Advanced Propulsion Centre, launched as part of our Industrial Strategy, will help to position the UK as a leading innovator while securing jobs and strengthening supply chains.

Driverless cars are another invention that has the potential to generate the kind of high-skilled jobs we want Britain to be famous for, as well as cutting congestion and pollution and improving road safety.

The benefit to British engineers is that it will help with gaining knowledge of how to integrate low carbon technology into our current transport infrastructure. That doesn’t just mean working out how to ensure cars can drive themselves without killing anyone, but also how to design the roads that they will travel on, how they will search out parking spaces, what the best ways to keep them charged will be, how users make use of the smartphone app, and so on.

There hasn’t even been a decision yet on which manufacturer will get the contract to make the pods. Nevertheless, expect similar transport systems to appear over the rest of this decade as an alternative to bus and light rail networks in regional towns and cities if it proves viable.