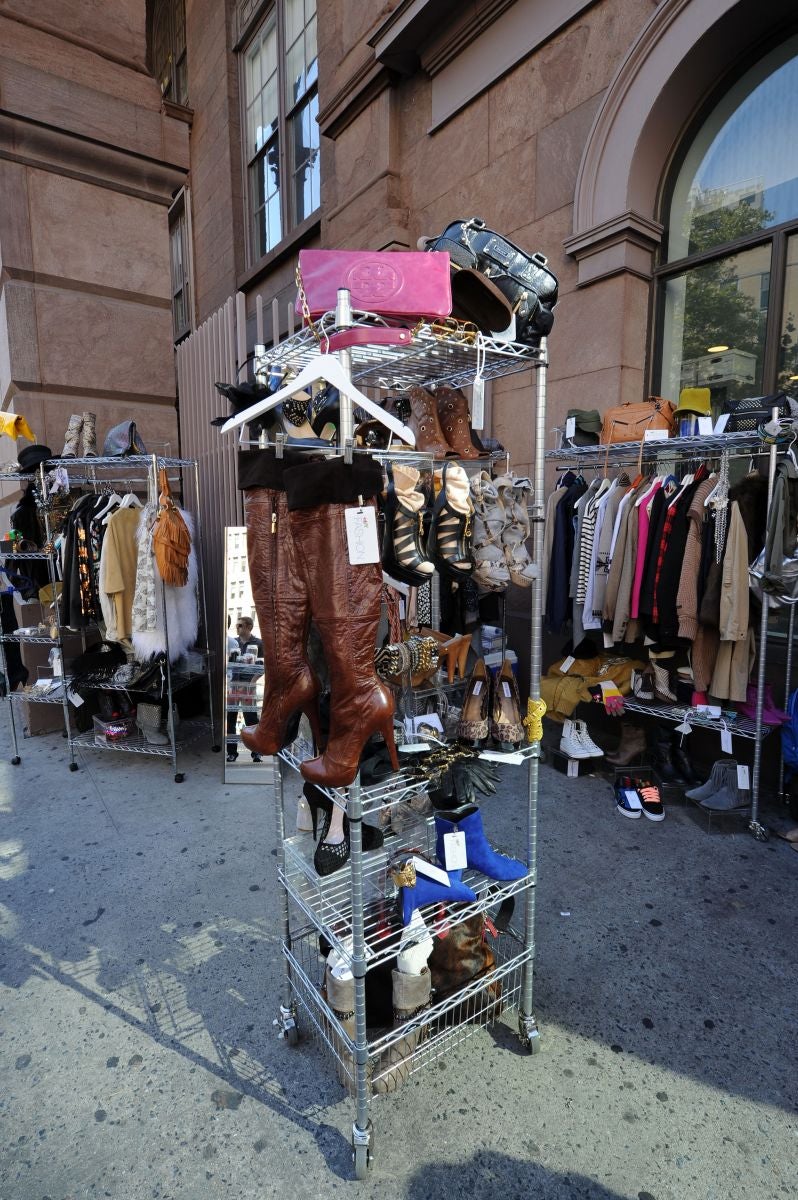 Which clothing is the most offensive? Image: Getty

I’ve always thought the best thing about clothes is prejudice. In fact, I’d go as far to say the entire purpose of getting dressed in a morning is that it allows you to say something that in non-cloth circumstances, people would call you a bigot for. Say it with words? You’re an arsehole. Say it through your clothes? You’re a genius. Other people merely use clothes to prevent themselves getting cold or arrested. Not you. Whether it’s on it, or through it, you use clothes to be offensive. Or maybe ironically offensive. Or zany. (You haven’t decided yet.)

You know the sort of thing. Clothing that says someone with a mental health problem is going to kill you or that sometimes women deserve a slap. We’ve seen it many times before with ‘Nice new girlfriend: what breed is she?’ t-shirts in Topman and domestic violence apologist ‘You provoked me’ tops. We’ve seen it again this week with ‘I’m feeling rapey’ t-shirts on eBay and ‘Mental Patient’ and ‘Psycho Ward’ Halloween costumes from both Asda and Tesco. “Every one will be running away from you in fear in this mental patient fancy dress costume,” Asda promised, optimistically. It was designed to look like a straitjacket, and included “a torn bloodstained shirt, bloodstained plastic meat cleaver and gory face mask” for subtlety.

I’m thinking of getting into the bigoted clothing business myself. Based on the fact that, despite consumer protest, these pieces of clothing keep being produced and sold, there’ll be plenty of companies willing to buy my idea. Not just the odd market stall, either. International brands like Amazon or eBay and huge supermarkets like Tesco or Asda. Except, I’m not sure they would. My clothing is going to be racist, you see. It might include a joke about Jews. Or maybe Muslims. I’m still at the ideas stage but right now but I’m thinking of a t-shirt with a really big nose on it, or a fancy dress outfit of a Bolton terrorist. If I’m feeling particularly ‘edgy’, I might just print a load of t-shirts with different ethnic slurs on it. They’ll even be available in a range of colours (geddit?) I can’t help but fear that retailers – up to this point quite happy to stock certain offensive clothes – might reject my ideas though. Times have changed. Jew jokes just don’t seem to have the zany appeal that mental health stigma does.

A person doesn’t need to spend their spare time on Twitter to be wary of anyone who ranks their level of persecution (or privilege). Bigotry isn’t comparative. It doesn’t comfort the woman being called a slag in the street to be told at least she’s not a black man being called a word I don’t want to type. “I’m considerably more oppressed than you” gets no one anywhere, and ignorance isn’t the sort of thing that can be scaled.

The fact that the ‘mental patient’ and ‘rapey’ clothing was ever on sale suggests judgements are being made about our bigotry all the time. Companies are ranking our prejudices. Whether it’s the suppliers or sellers, someone’s doing not only doing the equivalent of sitting around a table and saying, “Rape jokes?” “Yeah, great. We could sell that” but, “I’ve got a thing about blacks too.” “Racism? Jesus, what sort of company do you think we are?”(Unless of course, no one is even pitching racist t-shirts – which in itself, might tell us something.)

It shows the ethics of the consumer that, due to pressure on the companies, the items in question have now been removed. But I can’t help but think, if these clothes had been peddling hate and ignorance of anyone but women or the disabled, they wouldn’t have been sold in the first place.

What is it about women or people with mental health problems that says their oppression is funny? That they’re fair game and a target sellers can get away with? Supermarkets and global websites have just about reached the point where they understand racism is wrong. Sexism or disablism? Well, it’s not great. But they’ll give it a go. Some bigotry is just worse than others. The world of prejudice is prejudiced like that.