The first issue, dated 12 April, was edited by Clifford Sharp from offices on Great Queen Street, London. It cost sixpence. Articles included the first in the “What is Socialism?” series by the founders, Sidney and Beatrice Webb, as well as “Forcible feeding” and “Stalemate in China”. 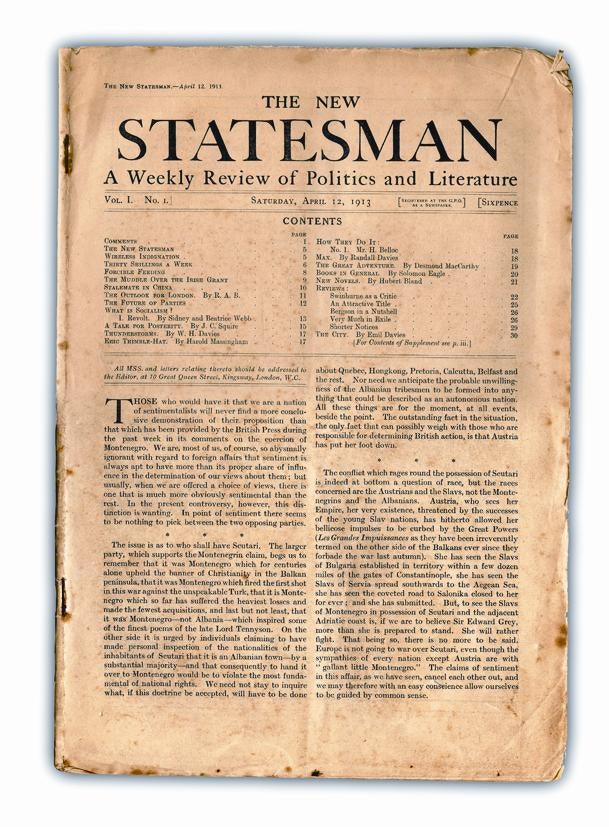 The magazine’s design remained largely the same through the 1920s, although by 1928 Charles Mostyn Lloyd was running the magazine day to day because of Sharp’s alcoholism. The literary editor was Desmond MacCarthy and the NS published many pieces by the Bloomsbury set. 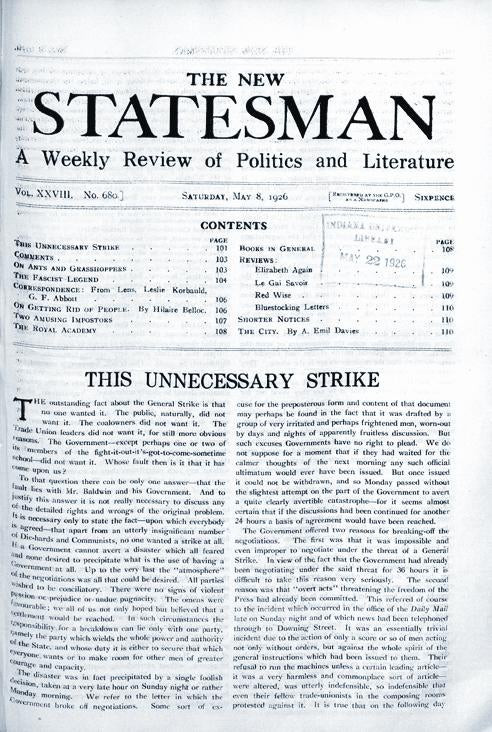 In 1931, Kingsley Martin became the editor and the NS merged with the Nation and Athenaeum, whose chairman was John Maynard Keynes. In 1934, Martin published H G Wells’s deferential interview with Stalin; in 1937, he spiked George Orwell’s despatches from the Spanish civil war. 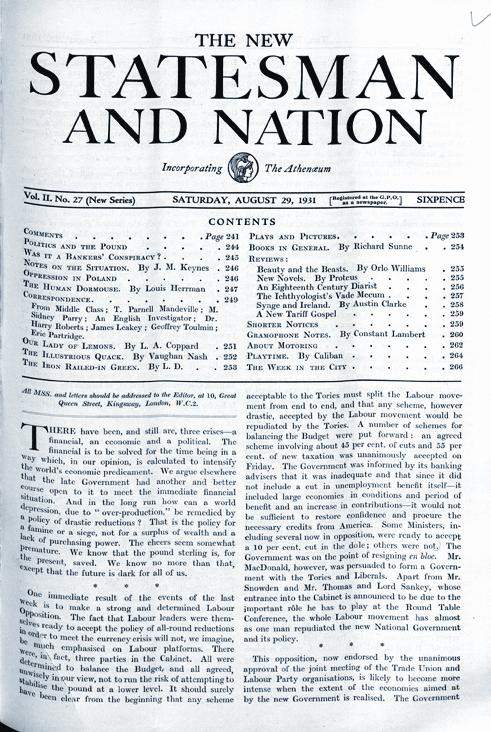 In 1933, the NS also took over the Week-end Review, where the long-running This England feature originated and whose name remained on the masthead through the 1940s. In this issue, from 1942, there are reviews by V S Pritchett and Stephen Spender. The price was still sixpence.

In the 1950s, the cartoons of Vicky (Victor Weisz) graced the front page and the NS was known as a “pantomime horse”, with the cultural pages of the back half read even by those who disagreed with the politics of the front half. The “Nation” joint title was dropped in 1957. 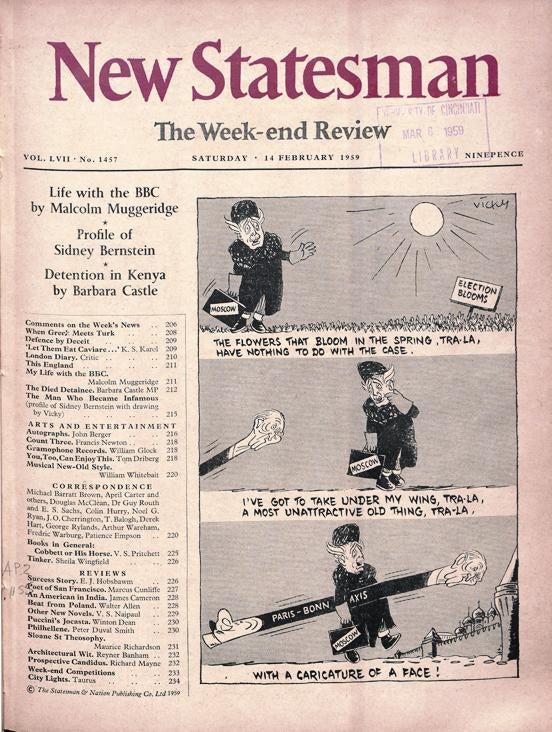 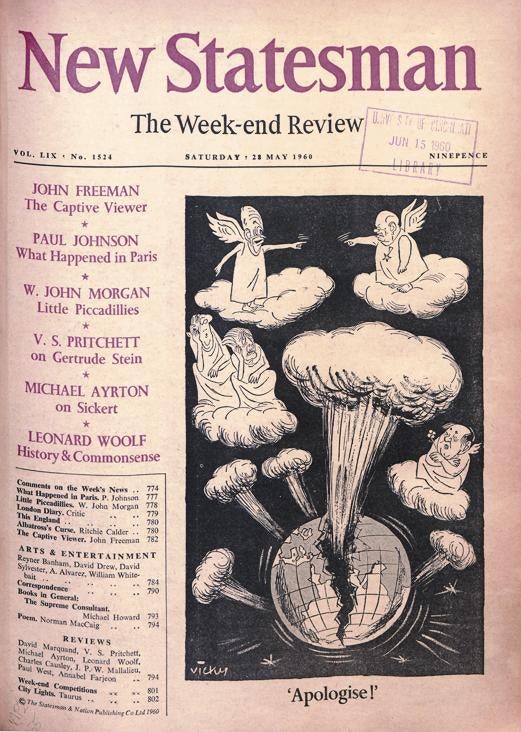 Under the editorship of Anthony Howard (1972-78), the NS hired young writers such as James Fenton, Martin Amis, Julian Barnes and Christopher Hitchens – but reverted to text-only front covers. When Bruce Page took over in 1978 he used photographs on the cover for the first time. 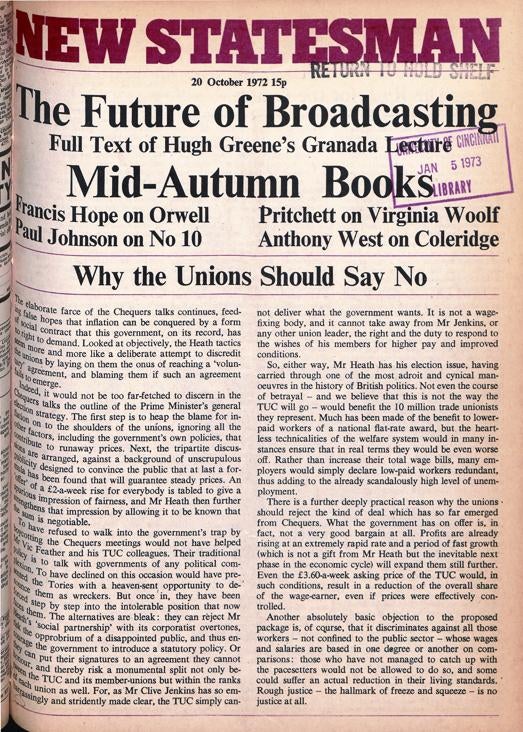 The cartoonist Ralph Steadman nominates this May 1982 cover as his favourite work for the NS. In 1988, the NS acquired and merged with the weekly New Society, whose name remained on the masthead for eight years. It helped found the Charter 88 movement at its offices in Shoreditch. 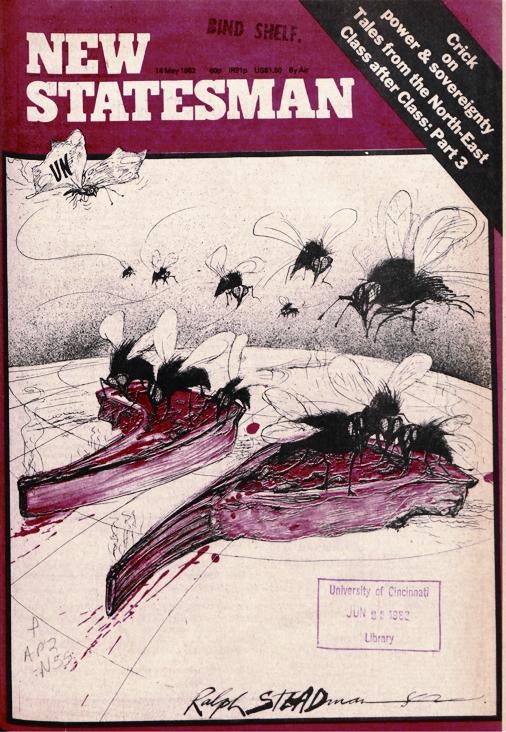 Yet another title, Marxism Today, was absorbed in 1991. In 1993, the legal costs of a libel action against the NS by Prime Minister John Major almost forced the paper’s closure. In 1998, the NS was the first periodical to go online; the site now attracts 1.4 million readers each month. 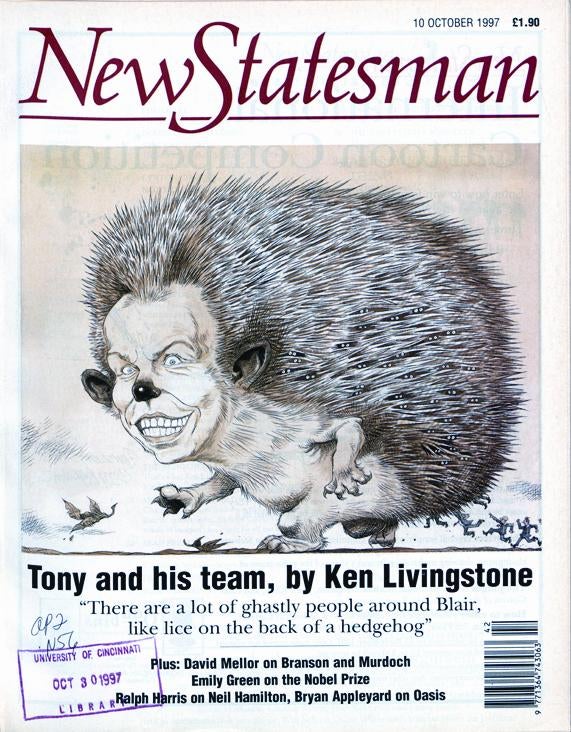 Under Peter Wilby, who was editor until 2005, and John Kampfner (2005-2008), the NS offered strong coverage of 9/11 and the wars in Iraq and Afghanistan. This period brought a return to bold, photographic covers, and, under Jason Cowley from 2008, a series of successful guest editors. 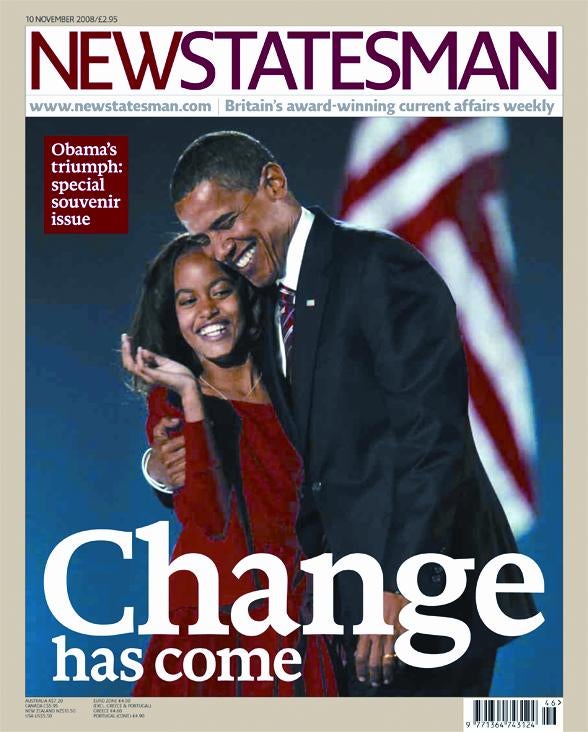 As the magazine marks its centenary, much has changed. The cover price, once sixpence, is now £3.50; there is full colour throughout; under the art director, Anja Wohlstrom, the covers are a mixture of photography, bespoke illustrations and bold type. And cartoons have returned. 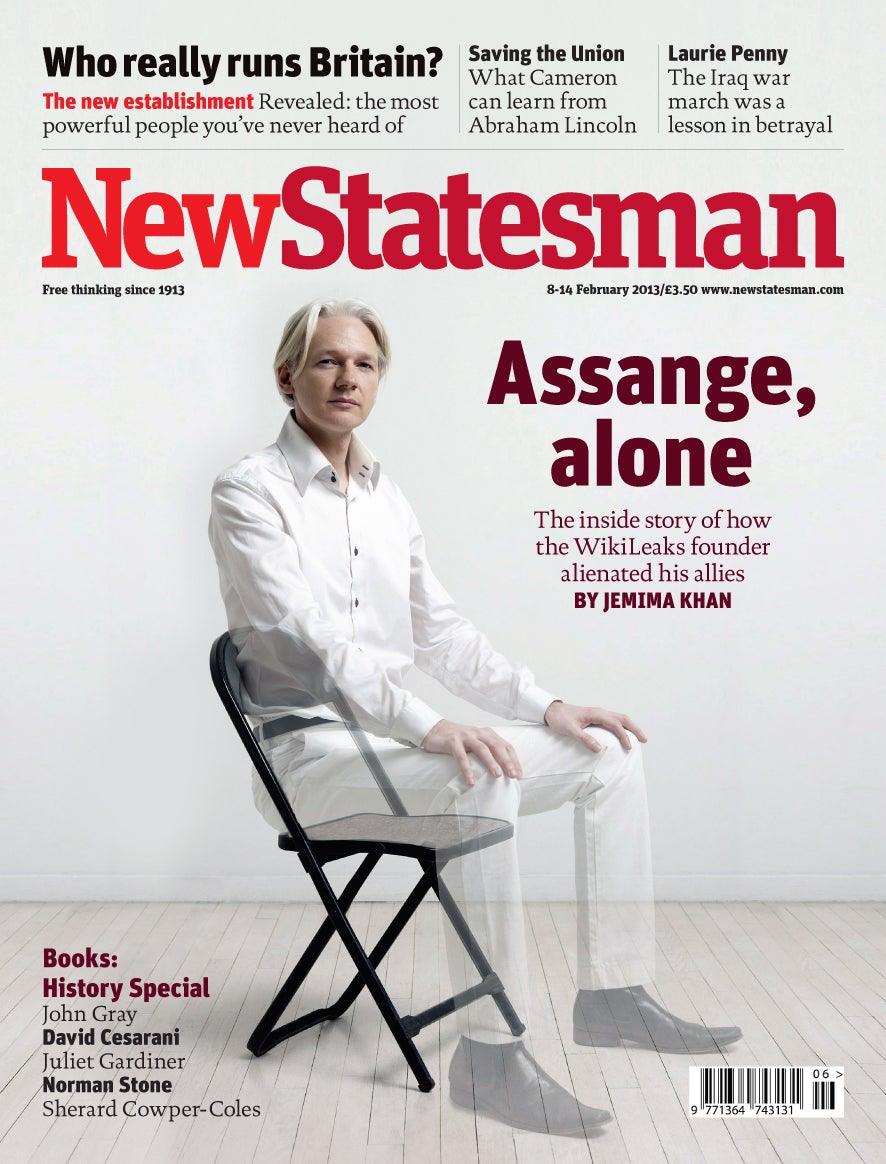