I’ve only got three words for Laurence Pieau: get ’em out.

The editor of French Closer magazine, which published topless photos of the Duchess of Cambridge, has defended her decision by saying: “One shouldn’t dramatise these pictures. The reactions are a little disproportionate.”

She added that the couple were “visible from the street”, omitting to mention “. . . if you have a telephoto lens the size of a cannon”.

Warming to her theme, she continued: “She is a young woman who is topless, just like women who can be seen on beaches all over France and the rest of the world. They are pictures which are full of joy. They are not degrading.” 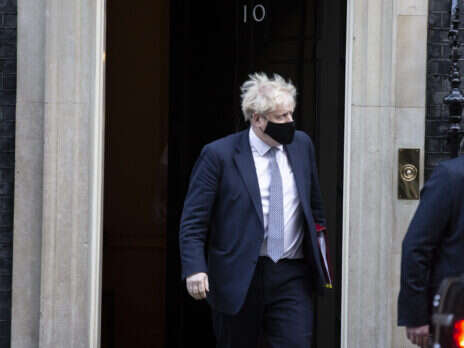 Now, a more cynical sort than me might say that this is insufferable hypocrisy. I’d rather see some drooling bloke in a raincoat rubbing his thighs over the pictures than a professional woman pretending that, actually, they are, like, really empowering and a celebration of femininity, yeah?

If you think some blurry topless photos are “full of joy”, Laurence Pieau, let me introduce you to the internet: it’s ecstatic. There are so many breasts out there you could make looking at them at a full-time job. You’d have to retire at 67, nipple-blind but still not done.

These photos are not about a woman “like any other on the beach”. And even if they were, that’s still weird. Imagine if Closer announced that from now on, it was going to publish a photo of one random topless woman on its front page every week. Oh, the photos would be taken on a public beach – so legally the subjects would have less right to privacy than the Duchess. But they would have no idea that the photos had been taken until they strolled past their newsagent.

There would be pandemonium. I doubt they’d get a second issue out.

Perhaps then we’d realise that watching a naked woman from half a mile away without her knowledge is not any less creepy if you happen to have a camera in your hand.

The only reason that so many of us are so relaxed about invasions of privacy is that no one wants to invade ours.

Of course, there is one way that Laurence Pieau can prove she really thinks the reaction is over-dramatic. Go on, Laurence: hire yourself a photographer, a balcony and take off your bra. Let’s see you in all your un-Photoshopped glory, “feeling the caress of the Provencal sun” or whatever the crappy soft-porn copy was that you commissioned.

Then, and only then, will I believe you when you say that there’s no big deal about a topless woman. That publishing those photos was not a calculated, yet casual, humiliation of a woman to flog a few magazines. That you don’t believe people would think less of you if they saw your breasts. That privacy is over-rated.

Put the microphone down, Laurence, and step away from your Twitter account. You don’t need to give any more interviews: let your nipples do the talking.