Performance artist Penny Arcade loves talking to her audiences, and wants to be friends with everyone. Her signature show, called Bitch! Dyke! Faghag! Whore! (BDFW) after the insults most often thrown at her, was written in response to Senator Jesse Helms’ amendment banning the National Endowment of the Arts (NEA) from funding ‘obscene or indecent art’ in 1990. A subjective exploration of identity, feminism and censorship that combines dance, theatre and activism, it remains the closest Penny has come to a mainstream hit, being performed over 1,500 times worldwide and opening for an extended run at Dalston’s Arcola Tent on 27 June.

Its simple message – that “when we feel accepted and included, there’s more room for others to be who they are” – was forged in a life on the margins, amongst people with “hard-won values”. Born Susana Ventura to Italian immigrants in New Britain, a small Connecticut town, Penny went to borstal aged 12 and, on release, fled to New York. There, she negotiated its queer and street culture, closely linked before the Stonewall riots of 1969 (where she joined the fight against the police), and then gay/lesbian and feminist politics in the decade between the rising and the onset of AIDS, always seeking refuge in the city’s artistic and sexual subcultures.

This personal history is crucial to her work, Penny tells me over an hour-long engagement. Delivered backstage at the Soho Theatre, this is less an interview, more an improvised monologue for a one-person crowd, its flow almost unbroken as she answers my questions before I ask them. (It’s not until she stops that I realise I’d left them in the foyer.) “In BDFW, I talk about being mentored by gay men who saw something in me,” she says, discussing her path to John Vaccaro’s avant-garde Theatre of the Ridiculous (so named because “the situation had gone beyond the absurd”) and Andy Warhol’s Factory, and then to her forty-year stage career. “I was raised by queens: there was a real sense of community. We needed that to survive.”

She didn’t become an outsider by choice, though: she came to revel in this position because, like her friend Quentin Crisp, who told the Sunday Telegraph in 1991 that Penny was the person with whom he most identified, she was systematically excluded from an early age. She came to understand process years later, when she ran a show for 26 people from her hometown, including her teacher, Miss McCarthy. 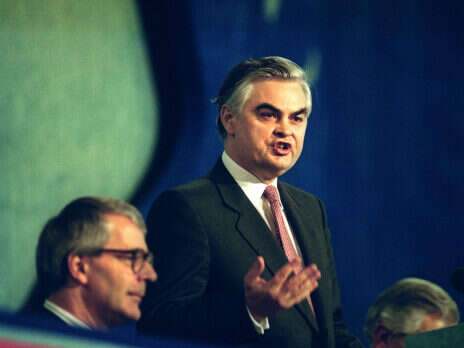 “I’ve spent my entire life trying not to be perceived as a bitch,” she says. “I lasted 18 months at junior high school [before borstal]. Miss McCarthy had a salon in our homeroom after class – I wasn’t allowed in as the kids there were older. They also had a drama club, but wouldn’t let me audition because, they said, I’d be an ‘over-actor’. They assumed I’d had sex with everyone in town. I was a virgin but I’d already been branded as queer. It turned out McCarthy was a lesbian and all the salon kids were gay.

“People worldwide laughed at the line: ‘Nobody who was popular at high school could ever be hip. If you were popular at high school: that was your peak.’ Here, no one laughed – they were the popular kids. After the show, McCarthy said “I had no idea you were so intelligent.” I mentioned the drama club and she just said “Over-actor indeed!” It was then that I realised there were certain types of gay people who always wanted to distance themselves from me.”

Fighting the misogyny that she found came with voicing her strong opinions, Penny had a problematic relationship with American feminism’s second wave.  Her first film role was in Women in Revolt (1971), a satire of the movement starring the Factory’s transgender trio of Candy Darling, Holly Woodlawn and Jackie Curtis, made after SCUM Manifesto author Valerie Solanas attempted to murder Warhol. “When I was 16, Robin Morgan wanted me in her Women’s Liberation group – I was bisexual but mainly lesbian, emotionally and romantically attracted to men, sexually to women. I didn’t choose that. They all hated men but went out with the most prominent left-wing organisers in New York. I said all the men I knew were gay – this didn’t go down well at a tea party for the wives and girlfriends of the leftist political pigs. I was there when Morgan suggested they be lesbians – I said ‘You want to be lesbians because you hate men!’”

Leaving the group and alienated by the gay and lesbian activists who “put out the idea that bisexual people were just trying to double their chances”, Penny followed Crisp’s advice to “look inside, develop who you are, polish it and sell it”, turning her experiences into humorous (and often self-deprecating) performances. Some were intimate discussions with crowds, others incorporated larger casts: BDFW features locally recruited go-go dancers, with those appearing in Dalston chosen from eighty auditioned at Soho’s Madame JoJo’s.

Despite its success, and the fact that Penny did not deliberately resist assimilation, BDFW did not make her as popular as it might, with mainstream theatre-goers or academics. This, she says, was because the AIDS epidemic which informed the show had killed “over 300 friends” and thousands of audience members. It was one of the first works to consider how AIDS had changed the nature of gay history: it had been orally passed down until HIV destroyed a generation, with the gap being filled by “gay marketing” and queer studies.

Pro-scholarship but non-academic, Penny is baffled that until Bad Reputation was published in 2009, there was no such writing on her work to preserve this history, but continues offering her take on the people she knew. Moving beyond the “strangely socialist” performance art world, where “talent is perceived as an unfair advantage”, BDFW has barely changed since 1990 – it was revived in 2006 with six new lines – but Penny is surprised by which aspects have remained relevant.

“One of the most transgressive things when I first performed BDFW was speaking openly about being bisexual – I was sorry to see that nothing had changed. We’re still looked down upon, along with effeminate men, butch dykes and transsexual people. The sad truth is that someone is always ‘queer’. That’s why Bitch! Dyke! Faghag! Whore! is championing new language – to remind us that we’re much more similar than we are different.”