So, Rome has finally made its move. The Vatican’s announcement of a new body to welcome some Anglicans, discussed at a joint press conference with the Archbishop of Westminster and the Archbishop of Canterbury today, will understandably unsettle those preoccupied with the political preservation of the younger church. And it is clear that Rowan Williams was — though he would never admit it — treated shoddily, told as he was only a fortnight ago.

The fact is inescapable, as today’s statement made clear:

Pope Benedict XVI has approved, within the Apostolic Constitution, a canonical structure that provides for Personal Ordinariates, which will allow former Anglicans to enter full communion with the Catholic Church while preserving elements of distinctive Anglican spiritual patrimony. 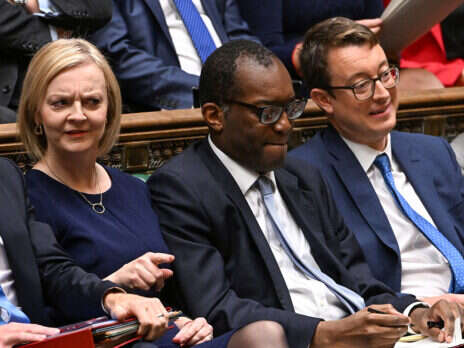 Yet, the breathless reports that accompany it are wide of the mark. Andrew Brown, the Guardian’s doyen of religious commentary and a much wiser man than me, has written a blog under the heading “The end of the Anglican Communion”.

This is not the first time such apocalyptic scenarios have been predicted — nor, doubtless, will it be the last. The same was said about this year’s Lambeth Conference, which Dr Williams turned around into an unlikely success story.

More pertinently still, it was predicted that a huge break to Rome would come with the introduction of female priests; in the event, only about 700 clerics defected.

The reality is that the Roman Catholic and Anglican Churches have enjoyed a close but separate relationship — as have Pope Benedict and Dr Williams — and that will not change.

Indeed, one way in which this move was mishandled by Rome was that a key enabler of that unity, Cardinal Kasper of the Christian Unity group, who attended last year’s Lambeth Conference, was not consulted. I am told that Catholic bishops in England and Wales are “far from rejoicing” over this announcement, which, they believe, should have been handled very differently.

One weighty irony not lost on Catholics meanwhile is that Benedict is set to pick up waifs and strays in much the same way as Pope Pius IX did, without asking why they are waifs and strays.

Nonetheless, it is a “gesture” from Rome in response to a number of requests, notably from the Traditional Anglican Communion (a body of former Anglicans in North America who sit outside the Communion, and have done for years), from those who would like to become Catholics in full communion with Rome, but who want to bring with them some elements of their Anglican patrimony. They have been asking for this for a long time and Pope Benedict is inclined to give it a go. The devil will be in the detail (as yet unavailable) and many who might be interested will probably find, after initial enquiries, that it’s not quite what they were looking for, and so will stay where they are.

As for the C of E, there may be some who are interested by this offer, but again no one knows how many. Most “experts” think it will be a small number. The media always go for the big blockbuster figures, entirely speculatively, as they did under Basil Hume when women bishops were introduced, but it never seems to work that way. This is likely to be of far more interest to a few communities of very conservative Catholic Anglicans within and without the Communion in North America than any numbers here. It’s a very different scene there from Britain.