This week, Waitrose joined the list of supermarkets committing to tackle food waste by ditching “best before” dates on hundreds of fresh products.

Unlike “use by” dates, “best before” is about quality and taste rather than safety. But food labelling is confusing and widely misunderstood by consumers, meaning food still fit for consumption is regularly thrown in the bin.

Household food waste is a major problem. According to the Waste and Resources Action Programme (WRAP), the UK wastes 9.5 million tonnes of food each year, valued at roughly £19bn, the production of which has created 36 million tonnes of greenhouse gas emissions. Charity FareShare estimates that two million tonnes of this is still good to eat when it’s discarded. There is waste at all points in the supply chain, from “farm to fork”, but consumers are by far the biggest culprits, making up nearly three quarters – 70 per cent – of the UK’s food waste.

Meanwhile, food poverty is reaching unprecedented levels as the cost-of-living crisis continues. The charity Trussell Trust has reported that over the last year, it has distributed 2.2 million food parcels via food banks – lower than pandemic levels but higher than any other year recorded prior to 2020, and an 81 per cent increase over the last five years. 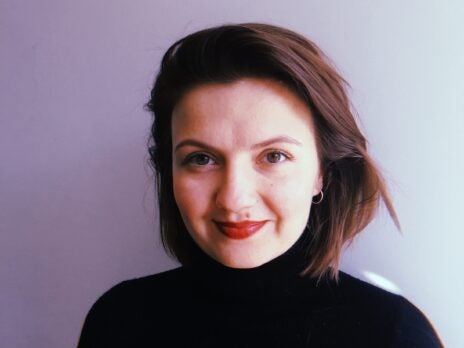 The figures are staggering. The two million tonnes of good food thrown in the bin is equivalent to 1.3 billion meals – enough to feed everyone in food poverty for half a year.

Studies also show that affluent people tend to waste food more frivolously. Globally, richer countries are far bigger contributors to household food waste (though developing countries understandably do worse at the start of the supply chain, such as on farms, due to issues such as extreme weather and inadequate technology and transport infrastructure). The same disparity can be found within countries: a recent study in the US found that wealthier households and those with healthier diets generated more waste, as these people tended to buy more perishable fruit and vegetables.

[See also: How close are we to truly zero carbon renewable energy?]

People tend to waste food at home because of a lack of time, awareness and education – leading to a lack of meal planning prior to shopping, confusion around food labelling, uncertainty around storage of leftovers and misjudging of portion sizes.

So while supermarkets like Waitrose can encourage people to use their own judgement by scrapping unnecessary labelling, there is also a need for a broader educational piece around food safety and waste.

What is desperately needed for recycling (does anyone truly know whether their local authority takes bubble wrap?) is also desperately needed for food waste – a national awareness campaign led by government teaching people about shelf-life, storage, batch-cooking and using up leftovers. Equally, highlighting the impact of throwing away food and how this relates to poverty might encourage people to be more socially conscious.

But placing the onus solely on consumers also removes responsibility from the supermarkets themselves. While the bulk of food waste comes from homes, 3.6 million tonnes comes from the food industry, including farmers, manufacturers, processors, wholesalers, retailers such as supermarkets and food services companies such as restaurants. The government could mandate retailers so they are forced to redistribute all surplus to charities and food banks. Currently, at least 200,000 tonnes of own-label, edible supermarket food ends up being used as animal feed or to generate energy.

Of course, such policy solutions are short-term and won’t fix the systemic issues that cause people to go hungry, which include low wages, an insufficient welfare system and soaring energy bills. A 2017 academic paper from the Food Research Collaboration concluded that a two-tier approach to food access, where some citizens are free to choose what they like and others have the decision made for them via food parcels, was “demeaning”. One contributing professor, Elizabeth Dowler, even said that “’leftover food for leftover people has to stop”.

But dire times call for drastic measures. Wasting food costs the planet, and it costs the individual; the average British household throws away £1.36 worth of food per day, adding up to nearly £500 per year. Food waste isn’t just a climate problem – it’s a poverty problem, and the government needs to invest in a combination of policy change, improved food education and emergency measures to fix it.

[See also: Energy bills: why does the UK force people on low incomes to pay more?]