You might be forgiven for thinking that the creation of Danielle Rowley’s job in June 2019 – the year of Greta Thunberg, student climate strikes, and Extinction Rebellion – was a cynical ploy to woo young voters. But, as the first person to occupy the position of Shadow Minister for Climate Justice and Green Jobs, the Scottish Labour MP for Midlothian insists there is nothing cynical about it.

“It’s easy to say we are going to take this seriously and say climate is a key issue and not do the background work,” says the party’s youngest MP, “but we know we want to be really serious about it.”

Rowley does admit, though, that the creation of the position is “yes, 100 per cent” a way of signalling to younger voters that theirs is a party to support. With the environment making headlines throughout 2019, the climate is a major issue ahead of the 12 December poll. According to YouGov, 25 per cent of British voters place the environment among the top three issues facing the country. In 2017 that figure was 8 per cent.

Knocking on doors in the Scottish constituency where she grew up on a council estate, Rowley says people respond with curiosity to the phrase “climate justice” in her job title. “It’s that conversation, often people say ‘oh you are talking about climate justice not climate change’.” Despite battling a cold, and coughing throughout our phone call, Rowley is excited to be out campaigning. But she is relieved that the timeframe is so tight. “People do want change but they want it to be done quite quickly.” 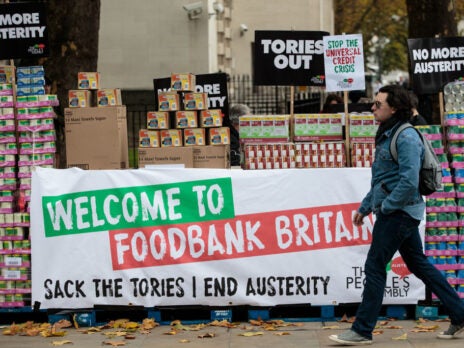 Politics is something that runs in the 29-year-old’s family. She grew up with her mother and grandparents, Labour activists and trade unionists. Her father, Alex Rowley MSP, was deputy leader of the Scottish Labour Party from 2015 to 2017. They usually meet every Sunday, comparing notes on her week in Westminster and his in Holyrood. “Growing up in Midlothian on a council estate and seeing the injustices that were happening around me is what made me passionate about wanting to help people,” she says, “And then having those sort of views and being able to pair that up with the Labour Party, which I knew about because of my family.”

But Rowley, Midlothian’s first woman MP, “never really” planned on going into politics. When the 2017 snap election happened, she was working at the housing charity Shelter and campaigning for Labour. The party asked if she would stand, but she wasn’t sure at first. “Then I thought well if you get elected not only can you help people within a system, but you can really change the system.”

Labour’s answer to the climate crisis is its Green Industrial Revolution, a programme of sustainable growth and infrastructure modelled after US Democratic Congresswoman Alexandria Ocasio-Cortez’s Green New Deal. Under Labour’s manifesto, the party has pledged to invest £250bn through a Green Transformation Fund “dedicated to renewable and low-carbon energy and transport, biodiversity and environmental restoration.” 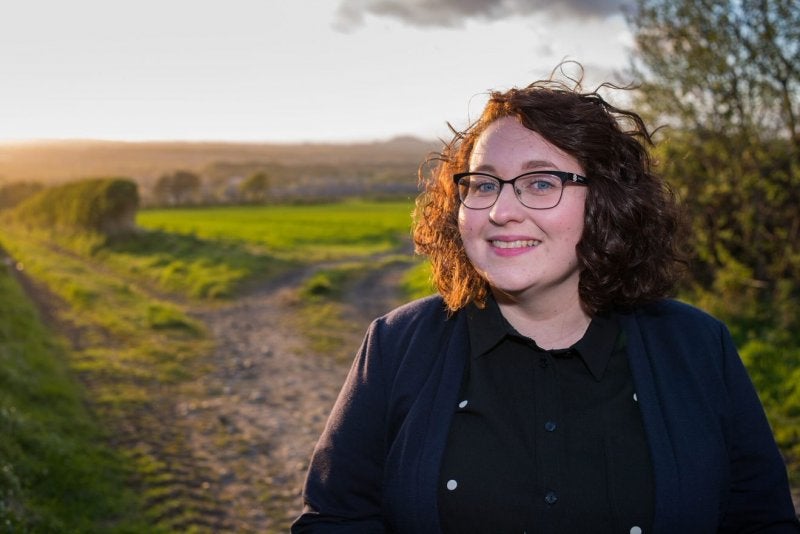 It also committed to delivering “nearly 90 per cent of electricity and 50 per cent of heat from renewable and low-carbon sources by 2030.” Labour’s manifesto says the party would build, “7,000 offshore wind turbines, 2,000 onshore wind turbines, enough solar panels to cover 22,000 football pitches, and new nuclear power needed for energy security.”

In June, the UK enshrined a target of net zero emissions by 2050 in law. At Labour’s conference in September, the party approved a motion committing it to working “towards a path to net zero carbon emissions by 2030”. As had been rumoured, the party watered down that pledge in its manifesto, which commits to “achieve the substantial majority of our emissions reductions by 2030 in a way that is evidence-based, just and that delivers an economy that serves the interests of the many, not the few”. It also says it will “put the UK on track for a net-zero-carbon energy system within the 2030s.”

The original target was “ambitious”, says Rowley. However, a report commissioned by Labour and released last month, which details four “transformative goals – delivered in 30 recommendations” to decarbonise the energy system by 2030, is “another example of how are working with others to make sure that’s something we [can] achieve.”

“I think that’s quite important because when we have seen companies run solely for profit before they’ve not always been worked in the best interests of the environment or of workers,” says Rowley, adding that Labour is “really focused on changing” this.

Rowley’s portfolio includes ensuring that high-skilled and unionised green jobs are an integral part of a future low-carbon UK. Under the 30 by 2030 recommendations, the party estimates it will create 850,000 green jobs through its energy plans. More broadly, the manifesto pledges one million. This can be a difficult idea to explain to voters, however. “When I speak to people about that it’s trying to break down that number, because it’s a big number,” Rowley says “When people think about green jobs they just think about engineers at a wind farm.” Ahead of the manifesto launch, Labour also pledged to create 320,000 “climate apprenticeships” in England during its first term in government to close the skills gap for green jobs.

Having worked for Shelter, Rowley says Labour’s plans to retrofit UK homes so they are more energy efficient resonates for her. “One of the biggest issues I’ve had as an MP with people coming into my office has been housing and lack of quality housing,” she says. “It’s helping people particularly in council housing, but it’s helping with health, it will help with well-being, it will create jobs and it will bring people’s bills down, so that’s one of the things I’m really quite excited about.”

Climate protesters have kept the climate in the headlines throughout the year, and liaising with movements such as the youth climate strikers is another key part of Rowley’s portfolio. As chair of the All-Party Parliamentary Group on Votes at 16, she is adamant about the need to listen to young people. “I think no politician can ignore those voices because they are so articulate, they are so loud, and they are so well organised.”

And when it comes to Extinction Rebellion, whose disruption of public transport in London this year sparked furious responses from commuters, while Rowley says some of their actions have not been “as well judged” they should be “commended on the work they have done to bring climate up the agenda in politics and the media.” Rowley is “glad that we’ve had quite meaningful conversations with them in looking at how we can work with activists and make sure that their views are heard in parliament.”

On the doorstep, Labour’s anti-Semitism saga has not been an issue, she says, and neither has a second referendum on Scottish independence, which Labour has said it would not grant in the “early years” of a government. “The issues that people come to my surgeries about – housing, education, the NHS – they are all issues that are devolved in Scotland to the Scottish government, and I think people just want the Scottish government to really be focusing on those.”

But does Rowley, a Remainer, think Labour can deliver one million green jobs with Brexit on the horizon? “Everything we have been planning for, we have been ensuring that we will be able to do it no matter what,” she says. “When you speak to people they will say they are fed up with Brexit, whichever way it goes.”