Upon entry to the High Speed Two Limited (HS2 Ltd) offices in Euston every visitor is required, under the watchful eye of a receptionist, to watch a short health and safety video. It explains that under no circumstances should you move around the office without a designated HS2 employee, and encourages the watcher to report any potential hazards; it offers a stray cable – a tripping risk – as an example. Once the video ends, visitors are handed a pamphlet reiterating the key points.

The excessive care in the office – it makes you wonder what it’ll be like when construction actually starts – gives a palpable sense of the pressure HS2 is under.

Is Mark Thurston, chief executive of the arms-length body, feeling the pressure? “It is one of the most important things that the government is going to do,” he admits, and that comes with the “inevitable scrutiny”. “It’s not unreasonable if you think how much money we’re spending.” High Speed Two is the second high-speed railway line to be built in the UK (the first connects London to the Channel Tunnel). The current projected cost of both phases is £56bn, a figure that was revised up from £32.7bn in 2010. In March 2018 alone, HS2 bought as much land as there is in the state of Monaco.

The project is divided into two stages: the first will connect Birmingham to London, and the second will connect Birmingham to Leeds via one branch and Manchester via the other. Upon completion, the whole network will form a “Y” shape across the country (refer to map). The first phase is expected to have trains running by the end of 2026 – it currently has contractors on the ground and construction is expected to begin mid-2019 – and the second phase has a target completion date of 2033, but is still working its way through the parliamentary consent process.

Thurston, who began his career as an apprentice with London Underground, took up the £535,000-a-year position of CEO in March 2017. He picked up the baton from Simon Kirby, who left to join Rolls-Royce in the wake of a scandal in which millions of pounds in redundancy payments, most of which were unauthorised by the Department for Transport, were paid to departing senior managers. The Public Accounts Committee accused HS2 of lacking “basic financial controls”, and even raised the possibility of court action against Kirby. “My job,” Thurston explains, “is to give HS2 Ltd the feel of a permanent company with the sort of discipline, governance and arrangements that you’d expect.”

He is aware that the most challenging period is to come. Over the next two to three years the company will become “increasingly visible” to the public as construction begins. Phase one will involve moving 135m tonnes of earth – 16 times the amount moved for Crossrail. “A lot of [the construction sites] are quite rural, quite small roads, in local communities. It’s going to be very challenging to do a great job on that every single day.”

Thurston is focused on causing as little disruption as possible, not just to make life easier for the public but because the successful execution of phase one is essential to phase two happening at all. “There’s an inevitable level of disruption that we’re going to cause, and we have to manage that in a very sensitive way… the perception of HS2 being the right thing for the country is coloured by the sort of work we’re doing today.” 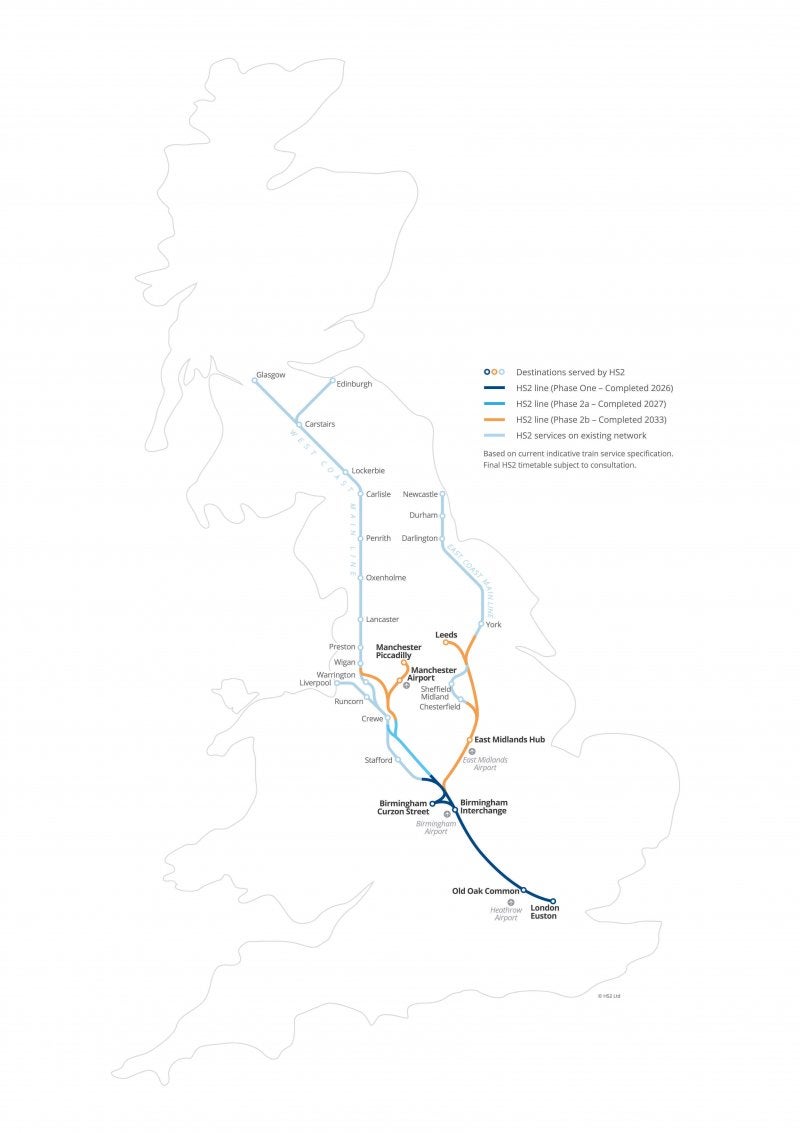 With 1,925 petitions submitted to Parliament regarding HS2, Thurston admits he has a number of large “plates” to spin. “Doing a good job on phase one, convincing the outside world that phase two is the right thing to do – when each of those gets slightly out of kilter, that’s when the whole thing sort of fails.”

In terms of public perception the company is now entering the most challenging stage of any big project; not yet completed and available to use, but causing peak disruption. Thurston, however, is adamant that this part of the process can also be positive. “The opportunity for the company to redefine some of the standards by which the engineering and construction industry does its business is profound. Whether in health and safety at work, mental wellbeing, or [driving] innovation into the supply chain to get greater efficiency.” The project has a significant skills agenda; it has pledged to take on 2,000 apprentices over the course of HS2, and a High Speed Rail College has been established with campuses in Birmingham and Doncaster. “We’ve created two fantastic facilities that at peak can cope with about 1,000 learners.”

It’s upon completion of phase two that Thurston believes the whole network will make sense, and yield the benefits promised. “Yes, [HS2] will make a huge difference for getting between London and the Midlands, but the big prize for rebalancing the economy and generating that sort of growth will come from the second phase.” That phase two could not happen is unlikely, but it is also unthinkable; in such a situation, more than £22bn would have been spent on getting travellers from London to Birmingham 31 minutes faster.

Northern political leaders are already frothing at the mouth over a gulf in transport funding between the South and North, a public relations issue that HS2 are wise to. Any suggestion that the network will revolve around London is quickly rebuffed. “Birmingham is the heart of the network,” Thurston asserts. “The railway really runs north from Birmingham and south from Birmingham. It doesn’t run from London to Birmingham and beyond.”

While significant upgrades to existing lines are kicked into the long grass – the decision by Chris Grayling in 2017 to cancel three major northern electrification schemes incurred particular ire – many people remain unconvinced by the promise that HS2 will bolster the economy of the North. The decision not to extend HS2 to Newcastle and Liverpool, despite Liverpool City Council’s offer of £2bn to add the final 20 miles to the city, has attracted criticism from northern city regions and authorities in Scotland. Thurston says that by giving the existing planned route “that extra capacity, connectivity and journey time savings,” HS2 will nevertheless “transform” the northern economy.

Liverpool City Region Mayor Steve Rotheram and Greater Manchester Mayor Andy Burnham have argued that a high speed rail which cuts across the North – dubbed “HS3” – is a crucial investment if the aim is to rebalance the economy. That is the aim, agrees Thurston, and he insists that HS2 is the answer, or at least a large part of the solution. “Assuming they connect the bit across the top, so you can get from Manchester to Leeds,” by connecting Leeds and Birmingham, and Birmingham and Manchester, “you’ll create the ability to travel around the North.”

Phase two isn’t expected to be completed for another 15 years. Connecting “that bit” between Leeds and Manchester, as part of a hypothetical HS3 network that stretches across the North, isn’t included in the current plans, and northern leaders are concerned it won’t happen for a very long time, if at all. “This is a scheme for the next generation,” admits Thurston, who recognises these frustrations. “HS2 needs to be ‘and’ not ‘instead of’ things like electrification. There’s work to be done on the existing infrastructure.”

Further down the line, the government will “appoint a partner to operate the railway”. The case for HS2 rests on it becoming a “people’s railway,” argues Thurston. “The whole premise of this thing is about being accessible to all types of people.” Unless the trains, which can carry up to 1,000 people, are full – “the pricing structure has got to be affordable for inter-city travel” – then the numbers won’t add up.

The public will have to hope that the government in place when the network is complete will find a partner that is more successful at keeping prices down than has been the case in recent years; research by the Trade Union Congress found that British commuters are spending up to five times the amount of salary as commuters in France, Italy, Germany, Belgium and Spain. “There’s recognition that the current fares system requires a review,” says Thurston, “so we would expect to be part of that.”

Despite the job being very challenging both “personally and professionally”, Thurston says he manages to balance professional focus with enjoyment of his role. “I take what I do really seriously, and have great belief in this idea that if you’re going to do a job do it properly, but I don’t take myself too seriously,” he says. “This is a cool job. It is without doubt a privilege.”