In 2011, aged 16, Arthur fell in love for the first time. He was from New York and Margaux, aged 15, was from Louisiana. As is often the case with teenage romance, the pair were inseparable.

They spoke intensely every day. Often Arthur found himself outside his home in the snow talking to Margaux for hours at a time. She confided in him about her eating disorder, he told her about his father’s alcoholism. By the end of their three-year relationship, and as they approached the cusp of adulthood, they knew everything about each other.

The relationship finally ended in Arthur’s first year of university, as the pressures of their new schedules became too much. “She was my first girlfriend, and holds a very weird but special place in my storyline,” says Arthur. “It’s crazy that we met on an anonymous webchat service.”

The couple met on Chatroulette, a site infamous for its conveyor belt of masturbating penises. Set up in 2009 from a Russian teenager’s bedroom, the site was designed to encourage candid conversation with strangers. The premise was simple: users logged on to video call another user, spinning for someone else if they felt uncomfortable or bored. Entire evenings could be spent wading through the network of anonymous faces. Inevitably, the site was hijacked by those using it for sexual stimulation and users would stumble upon genitalia at every turn. But next to the dirty was also the earnest: spin for a new user long enough and you would find lonely teenagers like Arthur. 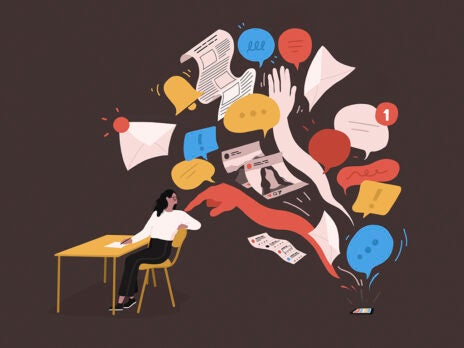 “Since I spent so much time on Chatroulette, I actually made like five really, really good friends,” says Arthur. “My frequency and willingness to have a real conversation and not just have some stupid sex convo afforded me several genuine connections.”

For Arthur, Margaux was the most powerful of these connections, despite the fact they never met in person. The hours they shared were spent through their tiny webcams. And yet, for Arthur, the connection was just as genuine and true as his anything he knew offline.

Arthur was not an outlier. “I was a sort of lonely gay kid”, says Charles Lee. “Not so much lonely in that I didn’t have friends but when I was 16 it felt like all my friendships were being hazed over with sexuality – people were getting into their first relationships, yearning, all that – and being the gay one, it sort of felt like I was being passed by, or it wasn’t something I could take part in.”

Charles grew up in California and used video sites prolifically as a teenager. In 2009, he discovered Omegle: a video messaging service almost identical to Chatroulette, similarly designed to introduce you to strangers. One day, while scanning through Omegle, Charles met Ryan.

Ryan was a gay 16-year-old kid also from the US. “He had this very like absurdist, Leonora Carrington-esque sense of humour, and I felt super drawn to it,” he says. The pair exchanged burner MSNs and would talk every day after school. They exchanged music, books, and drawings. The pair’s friendship became intense almost immediately, but they never felt the urge to show each other their faces.

Thanks to the anonymity between the two, Charles could experiment with taste and personality. Ryan was Charles’ first introduction to camp and his first gay friend. “It was funny because there was a sort of intense intimacy that I didn’t have with any of IRL friends. Like he was someone I could let myself feel dark with when I didn’t feel comfortable about opening up about things like self-doubt, loneliness, feeling misunderstood, or the fear that maybe things wouldn’t turn out great.”

The more time Charles spent with Ryan, the more he adopted Ryan’s traits. “I took on a lot of his absurd approach to things into my own personality,” says Charles. “I never told anyone Ryan existed, so it just appeared to everyone else that I was that way of my own doing, and not because of someone I’d met online.” Charles never knew where Ryan lived, or if Ryan was even his real name. “Looking back on it sort of feels like trying to remember a dream.”

Eventually, like the majority of teenage friendships, the intensity of their communication fizzled out. The pair stopped messaging as frequently and Charles made some new gay friends that gave his offline world new meaning. But for Charles, the impact of Ryan on his formative years still lingers on into adulthood.

Out of all the prolific Chatroulette and Omegle users the New Statesman spoke to, the majority enjoyed many friendships because of these sites. Joris Van Ouytsel, a senior researcher at University of Antwerp with an expertise in digital media and sexuality, says this is not surprising. He explains that these types of intense, anonymous friendships are accelerated by the “online disinhibition” effect, in which conversations feel less real online than they would in a real-life, giving room for honesty and experimentation.

“On sites like Chatroulette, teenagers can experiment with how they want to be perceived by others, and learn from the feedback that they receive,” he says. “This is especially important in their developmental process. Making friends through Chatroulette could provide them with this opportunity to be more vulnerable without the ‘real-life’ consequences.”

For Arthur, it is only in anonymity that he feels he can speak freely. “In the age of social media, I like to stay anonymous so my true thoughts are free and the strangers that I talk to also think and speak freely. People usually only save that sort of vulnerability for their spouses, best friends and family. There is something beautiful about sharing that with a complete stranger.”

It took Arthur a long time to get over his breakup with Margaux. Eventually, he saw she had a new boyfriend on Facebook. He unfollowed her social media accounts and deleted all of her pictures. Sometimes he would go back to Chatroulette, looking to make new connections as easily as he did when he was younger. But “due to life, all those connections I made are gone”, he says.

The popularity of Chatroulette has waned since its heyday in the late Noughties. Its central user-base has grown up and grown away from evenings in their bedrooms. But the premise still lives on: teenagers now prefer apps like Monkey for candid chats with strangers. These new apps look slicker but are, fundamentally, the same. No matter the decade, finding emotional connection in digital anonymity is not rare or new, but paradoxically, very, very human.