The blue-eyed girl is eating a raw sausage. I don’t know her name – and nor do the 69 million other people who have watched this YouTube video. Entitled “14 Weird Ways To Sneak Food Into Class”, the video features two women doing just that. These women are nameless, referred to by their traits (“the blue-eyed girl” and “my friend”) by a faceless narrator, on a channel known only as Troom Troom. 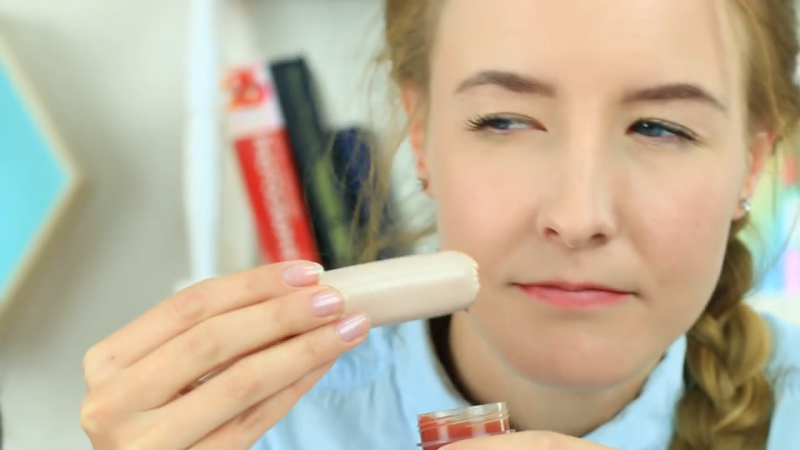 “I managed to sneak sausages into my art class, how did I do that?” says the narrator in this particular video. The answer is simple and painstakingly documented in the clip. To sneak sausages into art class, simply insert the sausage into a Ziploc bag, and seal this bag with a flame and a knife. Insert the Ziploc-ed sausage into a pack of wet wipes, and then decant some ketchup into a paint pot.

Is this a surrealist comedy channel? Are we all being trolled? Troom Troom describes itself as a channel for “Easy DIY ‘how to’ video tutorials” and its first videos were genuine DIYs. Over the last two years, the channel’s constant quest for content means it has devolved into an accidentally-absurdist mess.

Many of its videos are labelled as “life hacks”, but each hack on the channel is a combination of 1) something people have never needed to do, and 2) something incredibly and needlessly difficult to do that 3) could’ve been accomplished in a far simpler manner.

In one video, a woman cuts a lemon in half, glues a zipper onto it, zips up the lemon, and places it into her handbag. 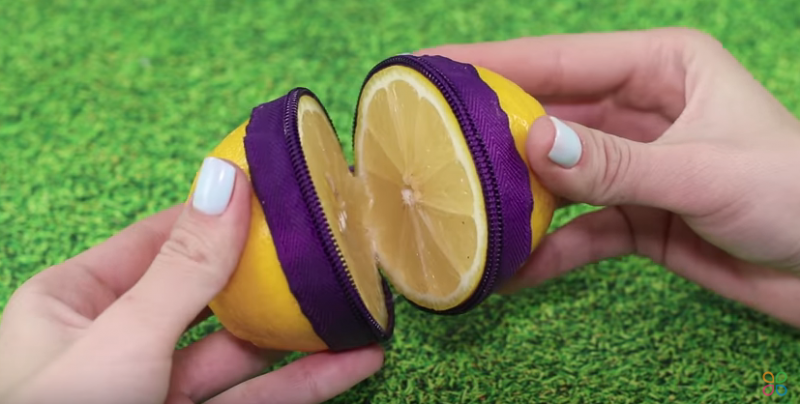 In another video, “22 Life Hacks That Will Save You A Fortune”, the woman in the video melts deodorant into a lipstick tube. In “24 Life Hacks That Work Great”, a presenter cuts off the dispenser from a packet of baby wipes and inserts it onto a bag of crisps. In “20 Banana Life Hacks” – recently mocked by YouTuber Cristine Rotenberg on the site – two Troom Troom presenters make a banana holster, fashion a Viking hat out of bananas, use bananas as dumbbells, and stick bananas in their ears to “protect” from noise.

If Troom Troom’s hacks are unnerving, this is nothing compared to the narration that accompanies them. Most nouns are companied with the word “the” so “a pillow” becomes “the pillow” and “nature”, “the nature”. Like a primary school teacher, the narrator uses inclusive pronouns like “us” and “we”, and collectively says “let’s” before embarking on a task. Unlike a primary school teacher, she discusses apartments, finances, and holidays, demonstrating that these videos aren’t all aimed at kids.

Stories are narrated alongside the hacks, so that after Troom Troom’s presenters insert a block of cheese into a glue stick, the narrator says: “My friend needs glue for her paper craft. Don’t take this stick, it won’t help. Smell it, there’s cheese inside!”.

In its “About” section the channel claims to be located in the United States, but there are a few glaring errors in the narration – golf balls have been referred to as tennis balls, lemons as limes.

Alongside the narration, Troom Troom’s YouTube thumbnails are endlessly surreal. The thumbnail for “24 Life Hacks To Make Your Life Easier”, for example, is a picture of hot glue being poured onto a toothbrush. For “15 Back To School Life Hacks”, cold glue poured onto a lipstick. Unusually (and perhaps sexually?) a video entitled “17 Easter Life Hacks And Craft Ideas” is illustrated by a fried egg atop a cactus. 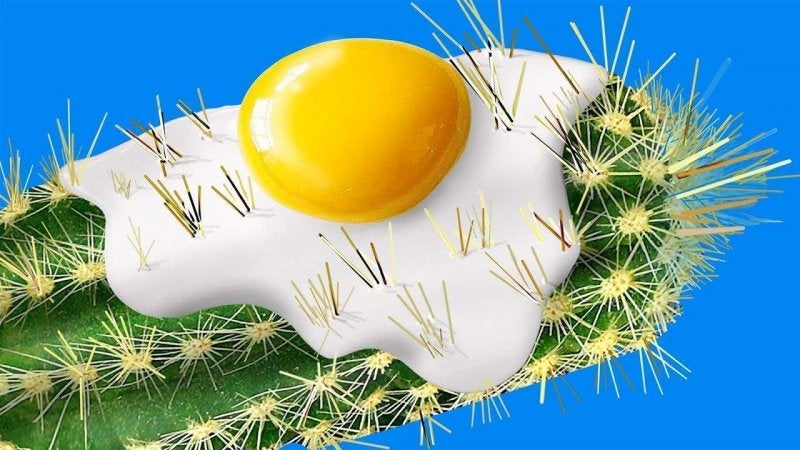 Troom Troom’s creators did not respond to a request for comment, and the three-year-old channel’s origins remain mysterious. Alongside the original Troom Troom channel, there are also German, Dutch, French, Japanese, Spanish, and Portuguese Troom Troom-affiliated channels. There are some rumours online that Troom Troom’s creators are Russian, but there is little concrete evidence for this.

Troom Troom is surreal, but is it sinister? In November 2017, the “Elsagate” scandal saw commenters express outrage at YouTube content featuring children’s characters in violent, sexual, and scatological situations. The scandal got its name because multiple videos featured Disney’s character Elsa (from the Frozen franchise) getting pregnant, giving birth, or being kidnapped. These videos were thought to have been generated in an attempt to best YouTube’s algorithms by including popular character names and keywords.

Troom Troom’s titles seem similarly algorithmically generated (“life hacks”, “food hacks”, and “funny pranks” are repeatedly used keywords, as well as the idea of recreating something in miniature, or extra large sizes) but its video content is far less sinister and far more stupid. In one Troom Troom video, a woman melts white chocolate and places a lemon wedge in the centre. This is a prank, meant to trick a girl known only as “red head” into believing she is eating an egg. 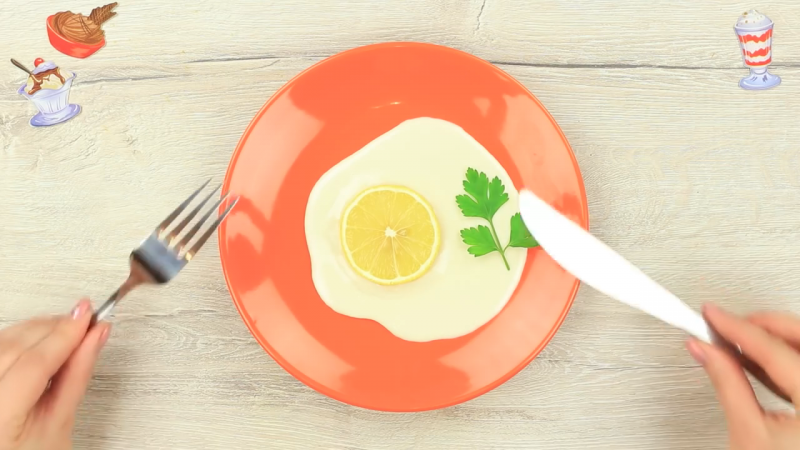 Instead, then, Troom Troom perhaps illustrates the pitfalls of allowing algorithms to rule our life. Rather than original, creative videos reaching the top of YouTube, the unnerving, absurd, and surreal videos of Troom Troom trend on the site. The thumbnails promise the impossible but are appealing with bright colours, pictures of women’s lips, and physics-defying tricks. Despite being clickbait, Troom Troom videos are still clicked, and comments sections show fans satisfied with the clips.

In “15 Funny Pranks! Prank Wars!” a Troom Troom presenter crumbles a chocolate cake until it looks like soil, then eats it out of a plant pot. Another woman sticks a beetroot inside of her friend’s box of cornflakes. “What do you think about a pineapple with a weird filling?” begins the next prank, in which a presenter scoops out a pineapple and fills it with French fries.

“Is it a pineapple? No! It isn’t! It’s French fries!” the narrator says.