January has us reaching for snug coverings and feeling grateful for any insulation that will keep the cold out of our homes. Both should hold the winter blues at bay. But, for people like Heather Von St James, they summon sad memories.

“As a kid, I would grab my dad’s coat off the doorknob in our entryway and wear it when I fed my rabbits, or did my chores in the yard,” she says. “I remember very distinctly, it smelled like my dad, like his cologne or his soap on the rope.”

Heather chuckles as she describes the “Seventies-style, weird satiny baseball jacket” that her father wore to his job on construction sites. “It was roomy and warm, like wrapping myself in my dad’s hug. And it was covered in a greyish-white crust from all the drywall he installed and pulled down.”

This “greyish-white crust” was asbestos dust, a product of the naturally occurring minerals favoured in 1970s insulation. Unbeknown to Heather and her father, these asbestos fibres, when disturbed through renovation or damage, were small enough to be inhaled. They could not be expelled or broken down. Years later, the dust still interferes with cell division and irritates tissues, leading to malignant DNA mutation.

As with thousands of others, decades after first exposure, Heather developed an asbestos-related cancer called mesothelioma. Her diagnosis came just three months after the birth of her daughter, Lily Rose. Twelve years after Heather was told she had only 15 months to live, the mesothelioma survival rate has barely improved. 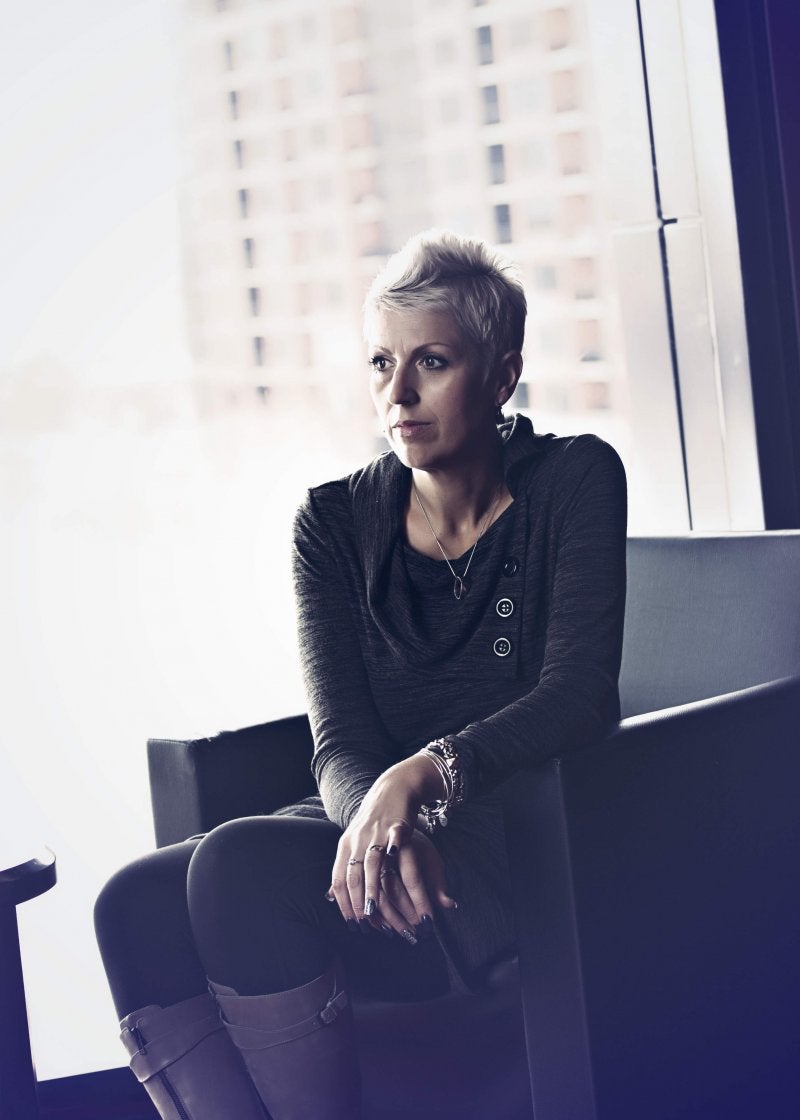 Heather has become a campaigner against the substance that gave her cancer. Photo: Courtesy of Heather Von St James

Unlike Heather’s innocent childhood memories, Lily Rose has grown up with the knowledge of how asbestos can taint lives. Even her mother’s voice is a reminder – as it has been affected by her initial radiation therapy. Within the last few months, vocal cord paralysis has set in, giving her speech husky undertones, with every word made grittier and more emphatic. “I can’t yell at my kid anymore,” Heather quips.

Instead, she yells at the companies proliferating materials containing asbestos, and politicians who obstruct increased regulation or an outright ban. President Donald Trump’s subversion of the Environmental Protection Agency’s (EPA) priorities has halted public health and environmental safety campaigns.

These would have included a review of risks associated with asbestos, scheduled for last September. Heather and her fellow campaigners in the US had been “ecstatic” when the congressionally-mandated review was first announced, believing it to be the first step towards a ban.

Asbestos has not been domestically manufactured since 2002, with its mining outlawed in the US, and raw imports declining up until 2016 – it is testament to the power of corporate lobbying in the US that this progress is now in reverse.

Asbestos imports nearly doubled after the Toxic Substances Control Act was overhauled. Similarly, the September 2017 review was derailed by the new head of the EPA, Scott Pruitt. Instead of evaluating all asbestos containing materials (ACM), including those already in use in the US, the review only discussed the potential risks of new asbestos imports. 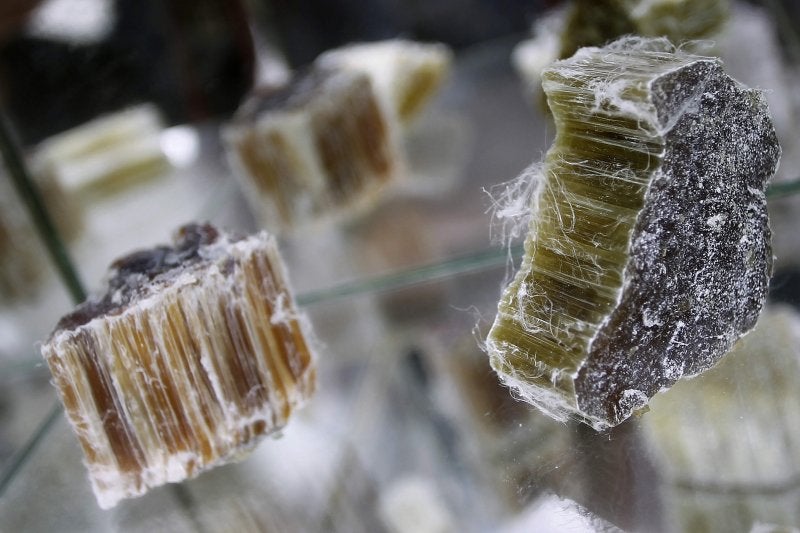 Heather had been meeting with senators and congressmen, raising awareness of local mesothelioma patients, “so they knew their constituents were personally affected”, in pursuit of a full ban on importation and use.

Now she fears no such ban will ever happen.

The issue of environmental and public health is partisan, with Republicans, who control both the House of Representatives and the Senate, consistently voting to repeal and replace the Affordable Care Act, and Democrats rallying to keep such services going.

Heather found this even on a personal level. When she visited Congress and Senate offices to lobby for an asbestos review, she says she was less than warmly-received by conservative politicians, accustomed “to the Democrats being thoroughly engaged, but never hearing back from anyone in Republican offices”.

“I don’t want my life to be for nothing”

She chokes up, though, when talking about the partisanship of her fellow mesothelioma sufferers and survivors. For her, it is most distressing seeing asbestos victims who are on Medicare voting for “the people and party who got them sick”: “It’s exhausting to fight constantly and it’s so frustrating to see this pushback against what I live.”

Heather, who describes herself on her website as a cancer survivor, has managed to outlive her prognosis, thanks in part to the help of a surgeon who specialises in mesothelioma. Yet she says fellow campaigners are dying every week. After twelve years, quietly coping with these deaths has become routine. She feels the need to justify her stoicism. “I’m not callous, I’m just determined. Until we prove the asbestos lobby is lying, we’re relying on patients to keep fighting for themselves and each other. I don’t want my life to be for nothing.”

Heather backs top-down intervention, including insurance schemes for homeowners and support systems for people who are exposed to asbestos second-hand; she hopes this can be orchestrated by an international network of asbestos survivors. She has become disillusioned with big corporations and politicians that lobby against increased regulation, and has been prevented from naming some of the worst perpetrators following lawsuits. 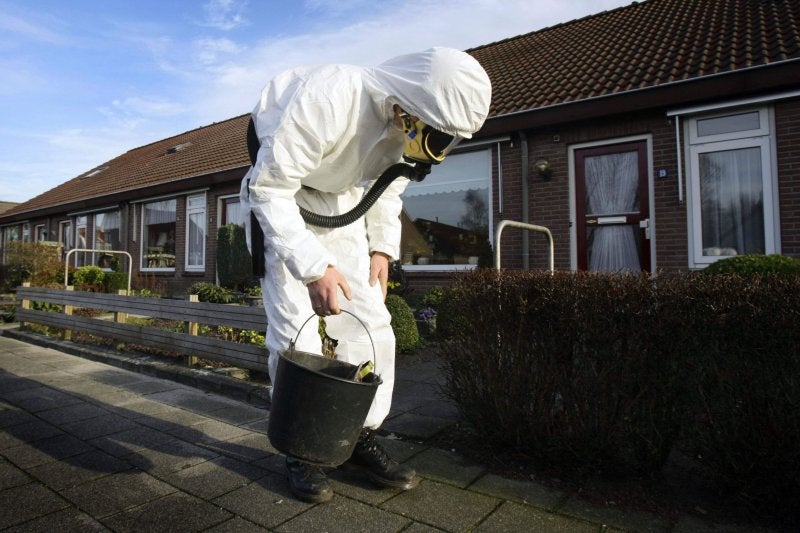 Countries where asbestos is banned are beginning to experience “third generation effects”. These do not stem from new imports of ACM, but rather from refurbishment projects that uncover pre-existing ACM which were never safely removed. Third generation asbestos-related illnesses are currently underreported, as the first generation of asbestos victims is reaching its peak globally.

At present, the United Kingdom is experiencing an increase in its mesothelioma mortality rate as a result of asbestos used before 1999, despite a series of laws governing the import, use, and removal of different kinds of asbestos, which have been passed over the last four decades.

These began in 1985 with the Asbestos (Prohibitions) Regulations and culminated in the 2012 Control of Asbestos Regulations, which updated existing legislation to incorporate European Union Directives. Most importantly, these laws mandate that the use and importation of new ACM is illegal in the UK. 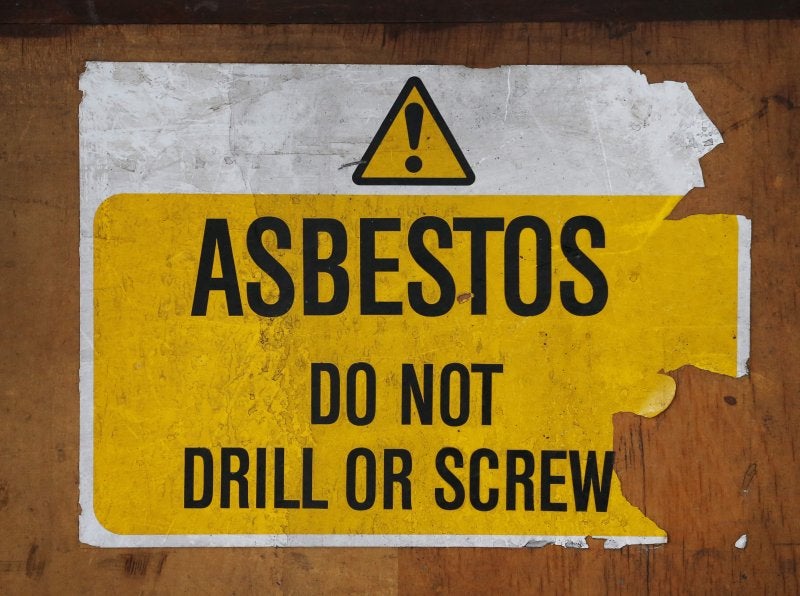 Asbestos signage on a building site in the UK. Photo: Getty

If the UK, like the US, had neglected to increase asbestos regulation, the current spike in the number of mesothelioma sufferers would be the first of many. But before congratulating itself on being savvier than Trump and Pruitt, Britain must acknowledge that it still faces two problems: assisting current mesothelioma patients, and the legacy ACM left in buildings, waiting to be exposed by unwitting renovators.

The latter, Heather tells me, is the main reason for third generation asbestos illnesses. “I blame HGTV”, she says, referring to the DIY home renovation TV channel in the US. With house prices predicted to rise an average of 1 per cent across England and Wales this year, many people cannot afford to trade up and are instead expanding their current homes.

Home restoration programmes are not explicit about the dangers of renovating buildings built before 1980, and asbestos abatement is prohibitively expensive.

While Heather works towards “global cooperation of asbestos victims”, she contends with the chemical lobby.

Pruitt sued the EPA 14 times prior to becoming its head. And last year’s calendar was packed with meetings with his friends in the chemical industry and others who worked to challenge regulation pushed by the Obama administration.

Heather finds it “incredibly disheartening that this blatant favouritism emboldens chemical companies globally because the US, which should be a world leader, is championing their cause”.

Rather than battling against shadowy industry influence, campaigners like Heather can draw attention to those in Trump’s cabinet who favour continued light-touch regulation, despite the risks. And stories like hers can give a face to the problem itself, exposing the flaws in laws worldwide.