A total eclipse was visible from the UK today, for the first time since 1999. (And the last until the next one, due in 2090.) Many, many people are currently tweeting the above picture, claiming it’s a picture taken by astronauts on the International Space Station.

Even New Scientist tweeted it (though they’ve now deleted that), and ITV posted it as well (before also deleting the page from their site). This is because it is obviously not real. It’s a 2009 illustration by a DeviantArt user called A4size-ska.

There are two things that give this away. The first is the sheer unreality of it – it looks like CGI, and the spheres of the Moon and Sun are significantly larger than they truly appear from the Earth (or near the Earth). The shadow this eclipse casts is also stretched out, rather than a neat circle. 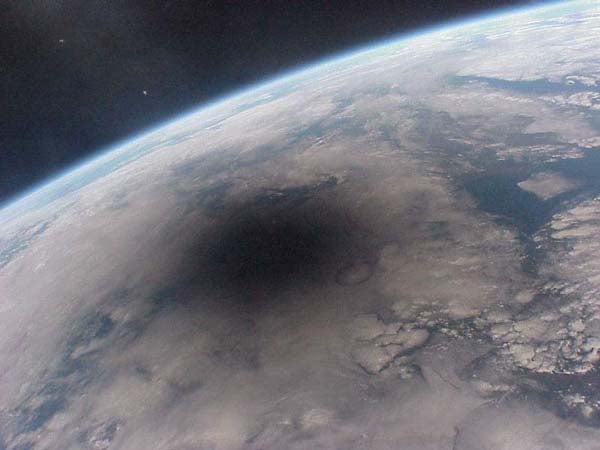 That’s a picture of the shadow cast by the Moon on the Earth during the 11 August 1999 solar eclipse. It was taken by the crew of the Mir space station, during one of its last few missions before it was decommissioned and allowed to burn up and fall back to Earth in 2001.

However, it’s understandable that some people might have reached for something a bit spectacular, as the view of the eclipse this morning for much of us in the UK (including from the NS offices) was this: 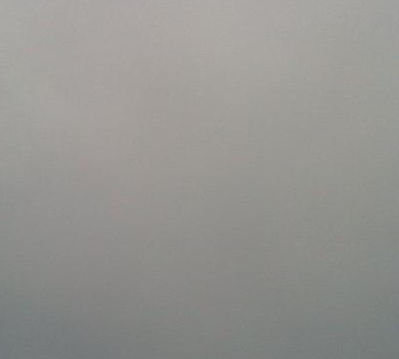 PS: A further public service announcement is necessary, to make clear you should ignore anything Ukip MEP Roger Helmer claims about climate change and/or the Sun, today or any day:

Temperates drop during a short solar eclipse. It’s the Sun that drives the climate!

The man’s a fool.

Topics in this article : Space