Take a few dozen students, stick them alone in empty rooms and ask them to do nothing for fifteen minutes. Wait! First connect up electrodes to their ankles and give them the power to zap themselves when bored. This is what researchers in America did, in a study that’s been widely reported – because zap themselves those students did. It looks, on first glance, like proof that people would prefer anything – even pain – to boredom.

Writing in the journal Science, the authors concluded:

What is striking is that simply being alone with their own thoughts for 15 minutes was apparently so aversive that it drove many participants to self-administer an electric shock that they had earlier said they would pay to avoid.”

Sounds bad, right? Students were so bored by their thoughts they decided to electrocute themselves, with a shock so painful they’d previously said they’d actually pay money (money!) not to receive it. They couldn’t even last 15 minutes with inside their own head. It makes for a bleak conclusion – except, it’s not really true. Let’s take a look at what actually happened.

The experiment had two stages. Firstly, the 42 students rated a series of external stimuli from one to nine on how pleasant they were. These ranged from gentle guitar music and a photo of a river scene to a cockroach picture and a mild electric shock. In Part 2, they were told to sit alone in a room and entertain themselves with their thoughts as best they could. They weren’t allowed to fall asleep or leave the chair, but they had the option of experiencing one of the previously-given stimuli.

Over the next 15 minutes, 18 of the 42 students gave themselves at least one shock. The psychologists from Harvard and the University of Virginia didn’t publish any data on how the electric shock – or any of the other stimuli – fared on the ‘pleasant’ scale in Part 1.

Let’s make this clear. 58 percent of the students did not press the button. And even of the ones who did, they didn’t do it often – excluding the one outlier who managed to squeeze in 190 shocks within the quarter-of-an-hour. The average number of shocks was 1.5 for men and just 1 for women.

In addition, the intensity of the shock was pretty weak: 4 milliamperes (mA) for men and 2.3mA for women. Participants were told the shock is designed to be “unpleasant but not painful”. This chart shows from the Centre of Disease Control and Prevention gives a bit of perspective: 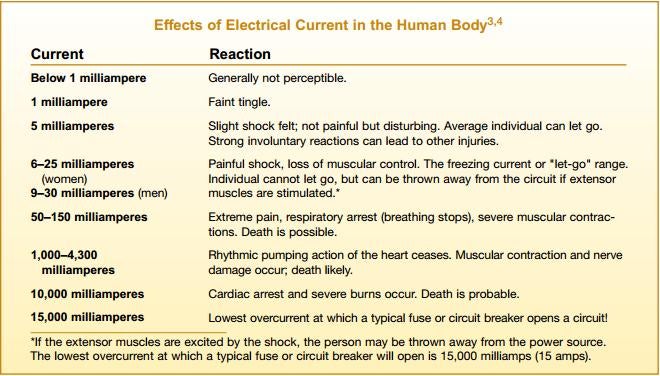 Lodged somewhere between a “faint tingle” and a “slight shock”, you can see it’s a bit of a stretch to claim painful electrocutions. And as for saying that the volunteers would pay to avoid that pain, exaggeration again. After the participants had experienced the shock, researchers asked how much of an imaginary $5 they’d spend to not receive the shock, to which most people answered about a dollar. The pain was valued at a meagre 58p.

So what does this all mean if you’re locked in an empty room with just a zapper for entertainment? If we’re going to extrapolate generic conclusions from a really small study, let’s at least stick to the results. Chances are, you’re not going to shock yourself. And if you did, once would be quite enough. Not because you’re scared of your thoughts or you’re unhappy in your own company, but because when you’ve got nothing else to do that big button screaming ‘shock me’ is just too tantalising to resist – and when is anyone ever in a situation like this in real life? If anything, it’s a surprise so few people did actually press it.

The whole thing might seem like a huge non-issue, but in fairness to the researchers there’s a lot of interesting stuff going on here. For instance, take a look at the gender aspect: two thirds of the men shocked themselves but just a quarter of the women did – despite being subject to a weaker current. It’s certainly worth further investigation. But don’t be fooled by the attention-snatching headlines.