The Mars Curiosity rover continues to lad about on the red planet. Yesterday it drilled a hole in a rock for the hell of it*, today it’s started taking Myspace selfies: 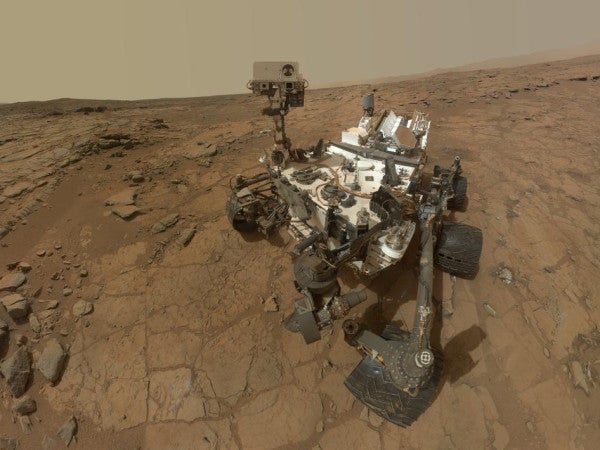 Nasa has also released a Gigapan version of the shot, which lets you zoom in on any part of the picture to an extraordinary degree. Here’s the Nasa logo on the front corner of the rover: 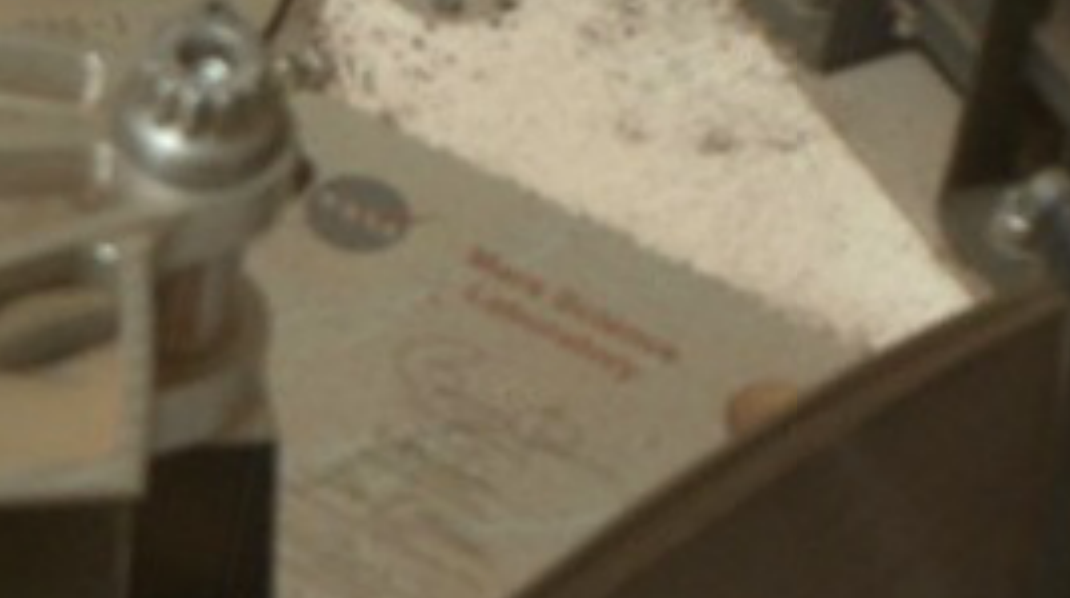 But the thing that’s really impressive is that the whole thing is done without actually revealing where the camera is. When I first saw it, I assumed that the rover had a detachable camera it could set up on a tripod, but no; it’s actually far cleverer than that. It’s a montage of a lot of different shots, all cleverly placed so as to keep the arm which holds the camera out-of-frame. Here’s a video of how it was done (the embed link is, sadly, broken).

Curiosity has passed the mindless-destruction phase and reached the vanity stage. If puberty continues at this rate, expect to find it curled up at the base of Olympus Mons with an empty six-pack of Strongbow and a headache by May.

*to test if its drill worked