Instagram has published a blog post, Thank you, and we’re listening, where it lays out its response to the fear and confusion surrounding its recent changed terms of service.

Kevin Systrom, the co-founder of the company, writes:

The language we proposed also raised question about whether your photos can be part of an advertisement. We do not have plans for anything like this and because of that we’re going to remove the language that raised the question.

As some have pointed out, while the full explanation does clarify a lot about the ToS – like the fact that ownership was always retained exclusively by the photographer – the paragraph above is slightly mealy-mouthed. The reason why the language “raised questions” about whether your photos can be part of an advertisement is because it explicitly said that your photos can be part of an advertisement. It may well be the case that Instagram never planned to do this, but they certainly wrote a legal document which gave them the power to do it if they wanted to.

The company will be hoping it has reacted fast enough to stem the flow of users exiting the service, which included high-profile accounts like the National Geographic magazine: 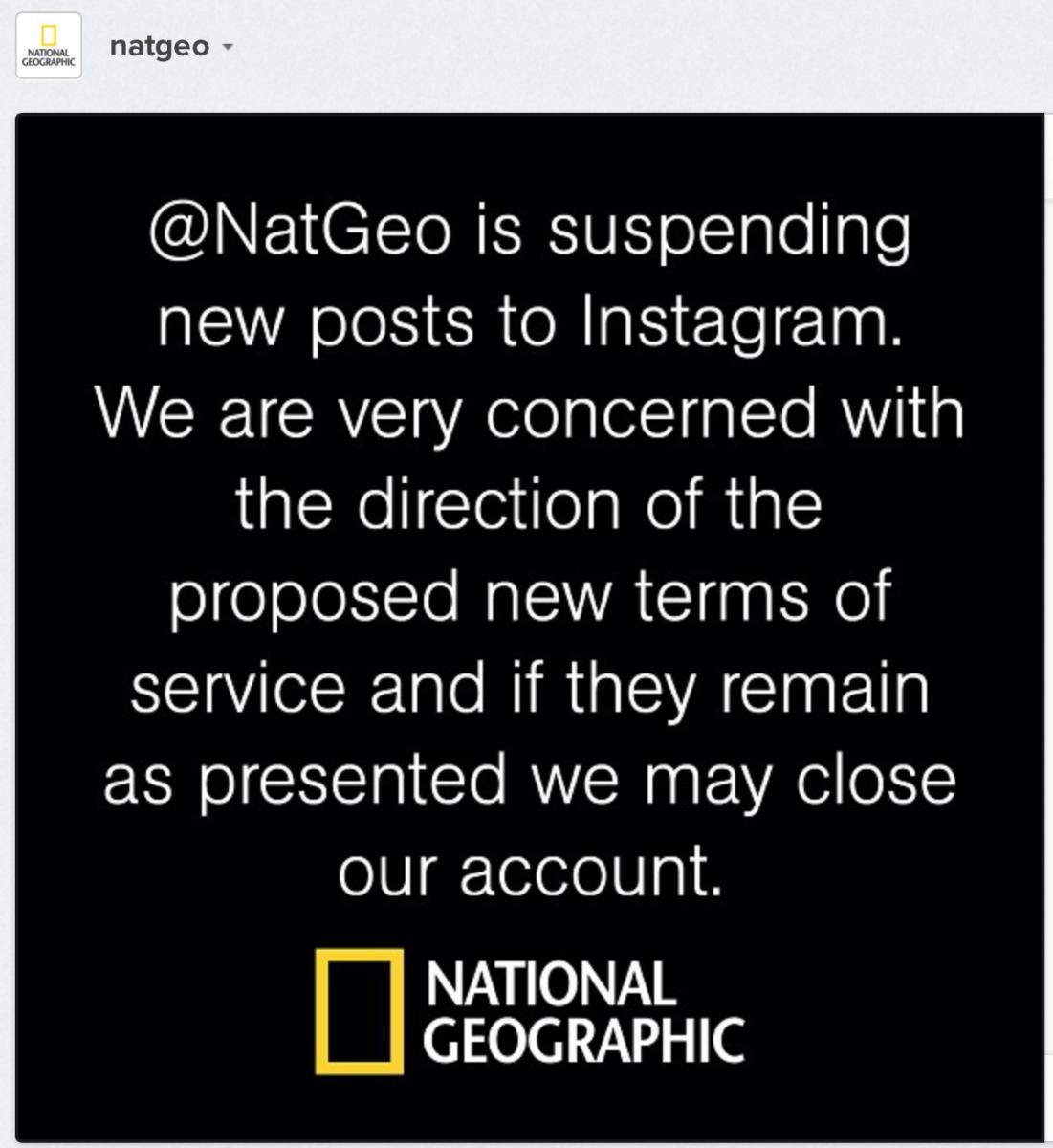 And Wired‘s Mat Honan, who deleted his account before writing that:

The issue is about more than using photos of my baby daughter, or deceased grandmother, in ads. The greater concern should be that the company would forge ahead with such a plan without offering any other option to the very users and data that built it.

As the Atlantic‘s Alexis Madrigal says, whether or not Instagram had plans to advertise this way, someone will. “Instagram is providing a peek into the future of advertising,” he writes. “Let’s see if you like it.”