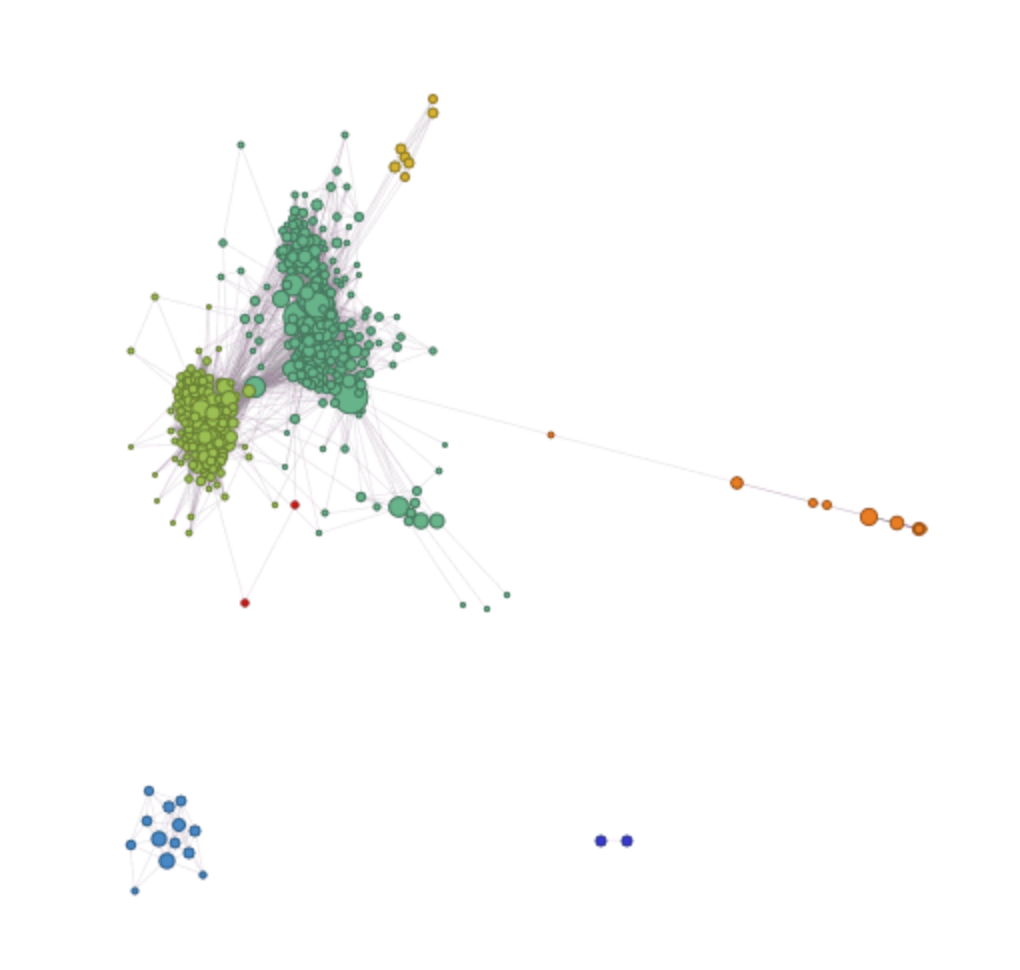 An unusual chart of the day, this one. What you are seeing is my friends – or at least the ones on Facebook. But anyone can make their own version of this chart.

Wolfram|Alpha, the “knowledge engine” which, amongst other things, powers Siri, Apple’s voice control/digital assistant software, has introduced a new feature allowing users to analyse data taken from their Facebook accounts. The above image is my personal “friend network” showing, in the two large clusters in the centre, all my friends from my school and university days, and then dotted around the outside, various smaller groups from old jobs, social groups and family.

As well as revealing that some groups are alarmingly tightly-integrated with others – do that many people know my mum on Facebook?! – the charts also let you find out things about your friends in aggregate which you’d never know individually. Forget Tom, Dick and Harry; the most common first names amongst people I know are Tom, James and Alex (like attracts like?) with, apart from my family, Turner being the most common surname.

Some of the stats, though, aren’t so reliable. While I was briefly shocked that over a fifth of my friends are married, I soon remembered that most of them set that status as a joke several years ago and never got round to changing it. I’m pretty sure I’m still down as single too (which I’m not – sorry, everybody). And I’m certain that James wasn’t born in 1914, no matter what his profile says.

Try it yourself, and see what you can find.