In their book A Past of Possibilities, the French historians Quentin Deluermoz and Pierre Singaravélou examine the meaning and history of “uchronias” – counterfactual histories and tales of “what could have been”. Such tales are everywhere in pop culture, but as Deluermoz and Singaravélou demonstrate, uchronia isn’t confined to fiction. The term is derived from utopia, a Greek neologism meaning both “no place” and “good place”. And like utopia, uchronia – swapping time for place – finds alternative worlds sprouting in the cracks of history. Arguments about poor strategy or political misfortune always imply what could have been, from Jeremy Corbyn’s position on Brexit to Covid-19’s effect on the Trump presidency. Deluermoz and Singaravélou show that when done carefully, uchronian thinking – like utopian thinking – has offered not just a means of intellectual escape, or a resource of hope, but a way of asking serious questions about the past and present.

Here’s one, close to home: what if, in 2007, Scottish Labour had managed to form the Scottish government (then called the Scottish executive) instead of the SNP? Simply asking the question can help to dispel the odd sense of inevitability that has now settled on the SNP’s rise to power. The 2007 Holyrood election was a strange, messy affair: almost 150,000 ballots were rejected due to a bungled change in the ballot paper design, and the SNP finished the election just one seat ahead of Labour, ending eight years of Labour-Liberal Democrat coalition government, which had been in place since the creation of the Scottish parliament. In the constituency of Cunninghame North, the SNP’s Kenny Gibson beat the incumbent Labour MSP by just 48 votes. There is surely a world, out there in the multiverse, in which Labour somehow clung grimly to power.

Forget, for a moment, the difficult arithmetic Labour would have faced, which probably would have required a deal with both the Liberal Democrats and the Greens; the really interesting question is how a Scottish Labour government at Holyrood would have dealt with the arrival of a Conservative-led austerity government at Westminster in 2010.

[See also: Will Scotland’s dizzying quest for a global role ever end?] 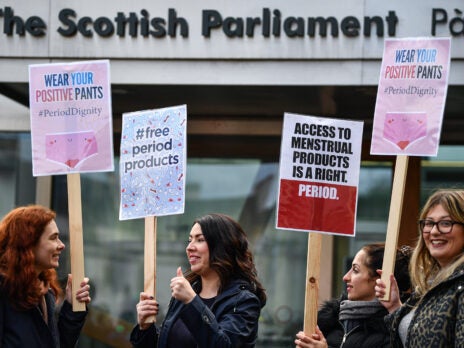 Would they have promised to co-operate, in the spirit of making the union work, with a government of the other two “Westminster parties”? Such an approach, on the eve of the 2011 Holyrood elections, would surely have promised electoral oblivion: Labour performed well in Scotland in the 2010 General Election, and the prospect of the Scottish party passing over Westminster austerity without a squeak of defiance would have been a gift to the SNP.

The alternative is far more intriguing, and historically resonant: from the 1980s onwards, devolution was framed by many in the Labour Party as a means of defending Scotland from Conservative governments it didn’t vote for. Yet, ever since the Scottish parliament was created, Labour itself has been unable to test this proposition, having only ever governed Scotland alongside a Labour majority at Westminster.

The coincidence of a Labour-led Scotland with a Tory-led UK could have offered an opportunity for renewal in Scottish Labour’s ranks, as electoral competition with the SNP forced the party to rediscover its “national party” instincts. Follow the fantasy further, and the 2011 Holyrood election becomes interesting too – with the Scottish Liberal Democrats destroyed by their counterparts’ coalition with the Tories in Westminster, who could Labour have turned to sustain a fourth term in office? The Tories would be ruled out, and the Greens wouldn’t be enough. There would be one option left: an alliance of two centre-left, social democratic parties, determined to stand up for Scotland against Westminster. Scotland would have its first Labour-SNP government.

Would such an arrangement have been better for Scotland than what we’ve had over the past decade? The SNP may well have surpassed Labour anyway, but working together could at least have diluted the ocean of bad faith and paranoia that separates the two parties. More importantly, had Labour found themselves governing in conflict with Westminster, they may have developed a better understanding of devolution’s profound limitations than the tepid constitutional conservatism which now prevails throughout the party.

If you don’t believe me, we can escape the conjectural haze for the clearer skies of reality. Just a few hundred miles south, something very similar to this story has been unfolding in Wales, where Welsh Labour and Plaid Cymru have just signed a three-year co-operation agreement. Unlike Scotland, Wales has endured 11 years of Conservative rule at Westminster with a devolved Labour government at the helm in Cardiff Bay. Labour and Plaid first shared power in the “One Wales” government of 2007-11, which – unlike the new deal – saw Plaid hold ministerial office, but most of that took place in the dying days of New Labour. The new co-operation agreement, in which Plaid get special advisers but no ministers, offers a far more radical prospectus.

The deal includes several policies that can comfortably be described as nationalist. Its efforts to promote the Welsh language and Welsh history are not new to mainstream Welsh politics. Policies aiming to reduce second home ownership and control tourist numbers reflect the influence of longstanding protests against English incomers pricing out locals. This integration of cultural and economic protest has been driven by radical cultural campaigns like Cymdeithas yr Iaith (the Welsh Language Society), but other pledges demonstrate another, more directly economic nationalism based on Welsh public ownership: the deal incorporates Plaid’s manifesto pledges for publicly owned energy generation and construction companies, Ynni Cymru and Unnos.

The deal also includes a substantial programme of political and media reform – a classic ingredient of progressive nationalist politics. The Senedd is to be expanded to 80-100 members, with a more proportional voting system and quotas to promote gender balance; there is a proposal for a “Shadow Broadcasting and Communications Authority” to defend and expand the independence of the Welsh media and promote further devolution; and there is a promise to expand state funding of Welsh-based journalism “to tackle the information deficit”.

Of particular interest is the “Constitutional Commission”, which had already been established by Welsh Labour. The commission emerged from years of frustration within Welsh Labour over the limitations of the existing devolution settlement, in which the structural problems of central overreach and underfunding have been exacerbated by ideological differences between the Welsh and UK governments. The commission will be chaired by Laura McAllister, a political science professor at Cardiff University as well as a former Wales football captain and Plaid parliamentary candidate, and Rowan Williams, the left-wing former Archbishop of Wales and Canterbury. Crucially, the commission has been given sufficient independence from the Welsh government to consider independence as one of Wales’s constitutional options – something which Keir Starmer’s own proposed commission has been barred from doing.

The new Welsh government’s nationalism may not be about breaking up the British state, but it is still a kind of nationalism, focused on increasing the power and autonomy of a distinctively Welsh democracy against a right-wing UK government. And by integrating economic and political nationalism, Welsh Labour and Plaid Cymru have identified the common ground – combining solidarity with self-determination – on which nationalists and socialists can combine their efforts. Indeed, in terms of their willingness to intervene in the economy, control the influx of foreign wealth and engage meaningfully – rather than performatively – with constitutional reform, Wales’s governing parties are arguably more effective nationalists than their Scots equivalents.

With independence up against the brick wall of British intransigence, the stage should be set for far closer co-operation between the Welsh and Scottish governments – both influenced by their own co-operation agreements – to push for a root and branch reform of the British state. But such a reform inevitably means influencing the UK Labour Party from within – something Wales is now in a far better position to do than Scotland. It doesn’t require too much counterfactual fantasising to suspect that the people of Wales, by sticking with the Labour Party, have put themselves in a better position to determine their own future than those Scots who opted for the SNP.