Almost a year after Keir Starmer became Labour leader, it appears the shine is starting to wear off – there are now more voters who feel negative about him than who feel positive.

As of 26 February, the Britain Elects poll tracker recorded that 33.6 per cent of voters had a positive view of Starmer, a fall of five percentage points on the start of the year. Compared to last summer, this represents a fall of between six and seven points.

Meanwhile, the share of Britons who regard Starmer poorly now stands at 33.8 per cent, an increase of nearly two points since the start of 2021.

The rising number of Brits who disapprove of Labour’s new leader is not a new trend, and is not altogether surprising. We can partially attribute this shift in mood to the government’s successful Covid-19 vaccine rollout, which has given Boris Johnson a boost. We can also attribute some of the changes to history: politicians are almost destined to fall foul with voters. At the 2015 general election, for instance, leaders were interested in being the least unpopular, rather than the most popular. It is rare that opinion polls will record sustained, high ratings for our elected representatives. 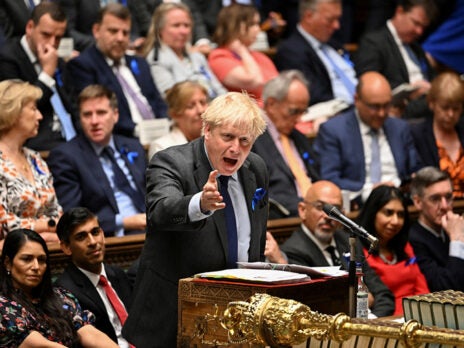 Starmer’s 11-month drift into negative poll ratings is not unique, therefore, and nor is it necessarily a sign of a failing strategy. To compare this trajectory with that of former party leaders: it took Ed Miliband two months to enter negative polling territory, and it took Jeremy Corbyn… well, not even a month.

History suggests Starmer is not a guaranteed future prime minister, but he’s not a no-hoper either
Date each leader of the opposition saw more voters regard them unfavourably than favourably

While it is by no means a perfect metric, the time it takes a leader to become unpopular with voters can reveal something about their chances of winning at the next election. Opposition leaders who eventually go on to become prime minister – or at least come close to it – normally gain and retain a sustained level of public warmth upon their initial election. For ten months straight, David Cameron managed just that.

It took Starmer almost 11 months to fall out of favour with the UK public, so it might be worth remembering that, though he is now – just – more disliked than liked (among those voters with an opinion), his position is not a hopeless one. Historically speaking, in fact, Starmer is in pretty good company.