Tony Benn, former Labour cabinet minister, died 14 March aged 88. His funeral was held today in Westminster, during which family, friends and political allies paid their final respects to one of postwar Britain’s greatest advocates of socialism. 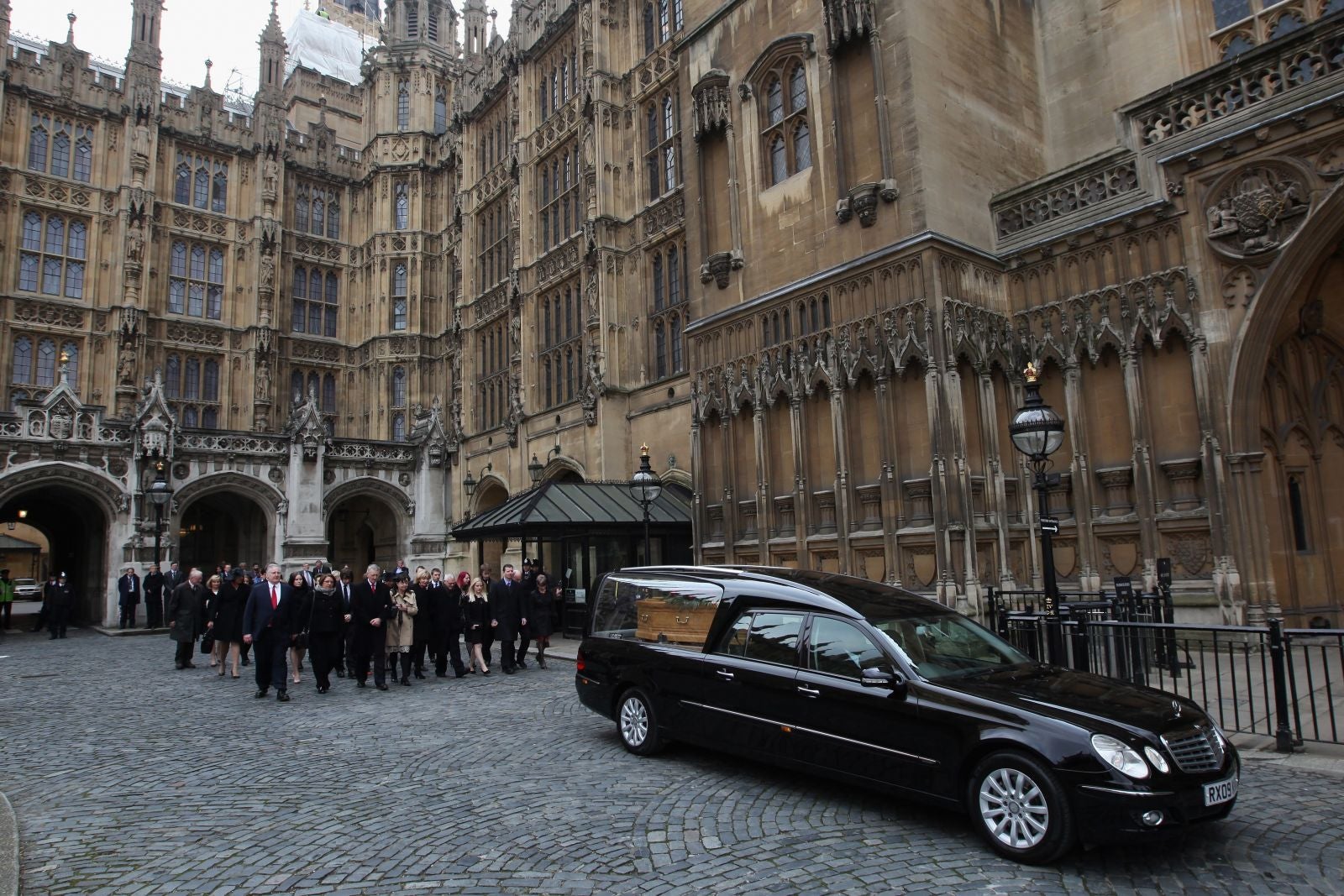 Mourners leave the Chapel of St Mary Undercroft in Parliament, where Benn’s body rested overnight. Benn was only the second politician after Margaret Thatcher to be accorded the honour. 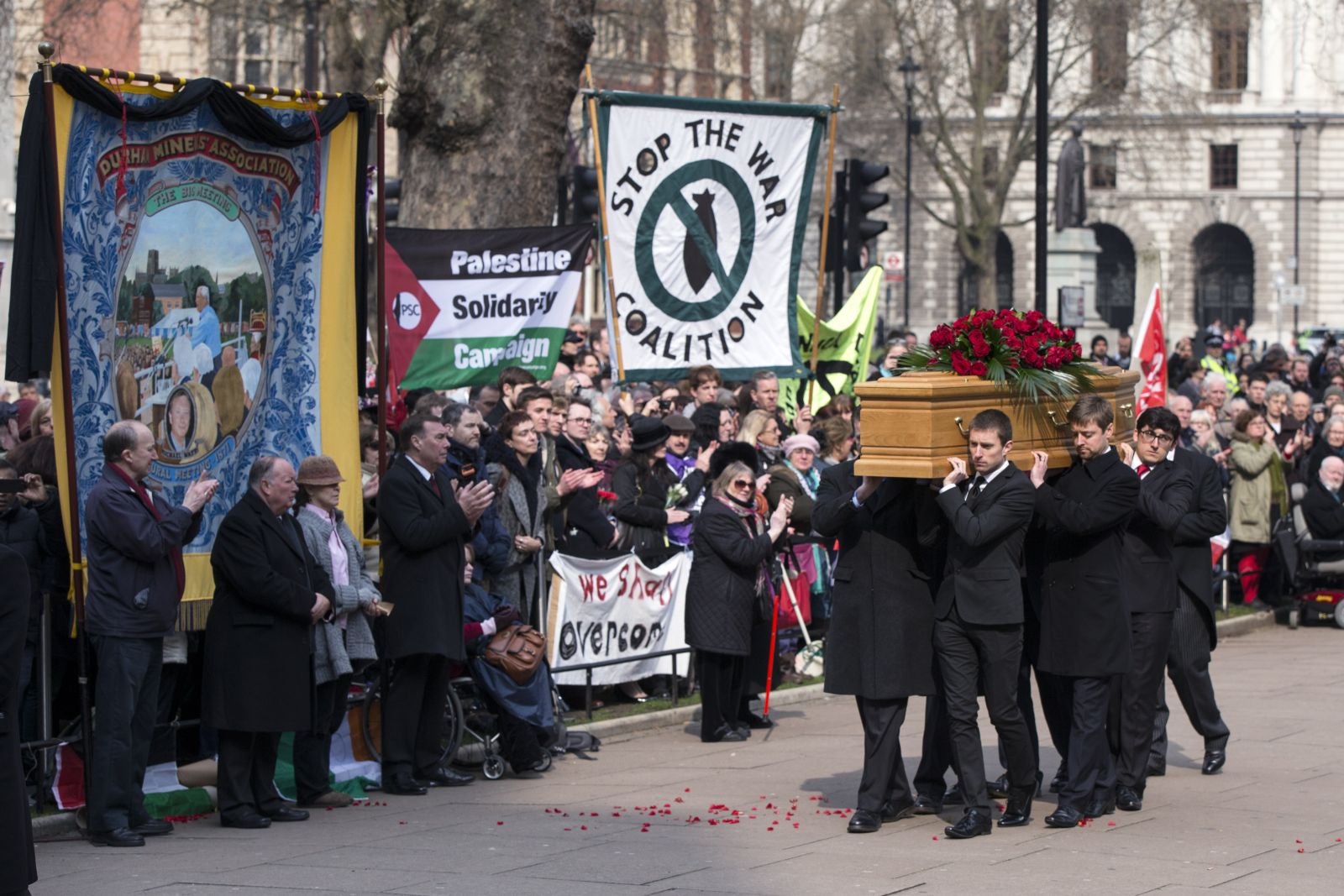 Benn’s sons and grandsons bear his coffin towards St Margaret’s Church in the precincts of Westminster Abbey. Supporters line the procession route. 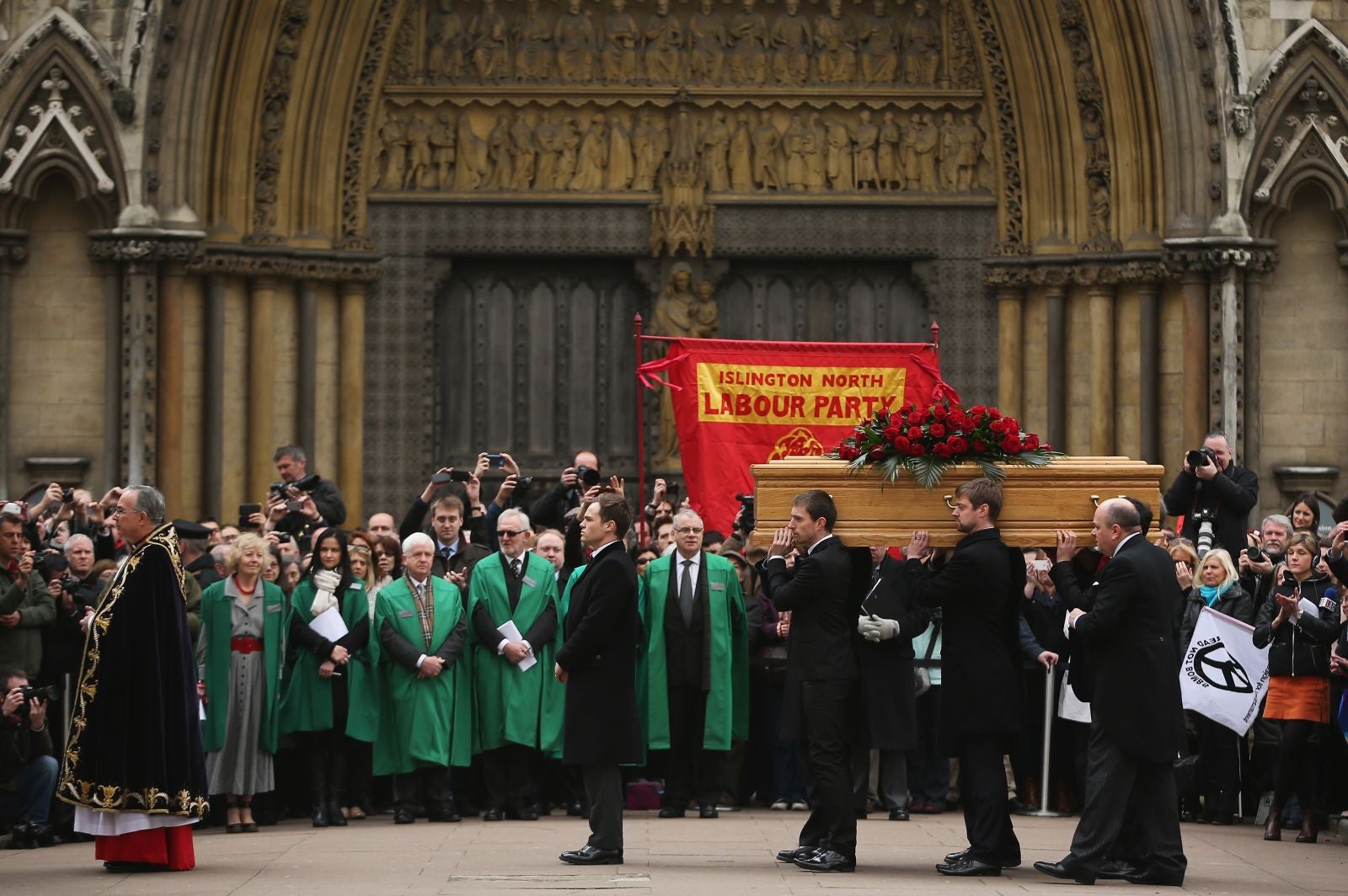 Benn’s coffin passes the doors of Westminster Abbey. The Labour veteran began political life a Christian socialist, though his religion lapsed in his twenties. 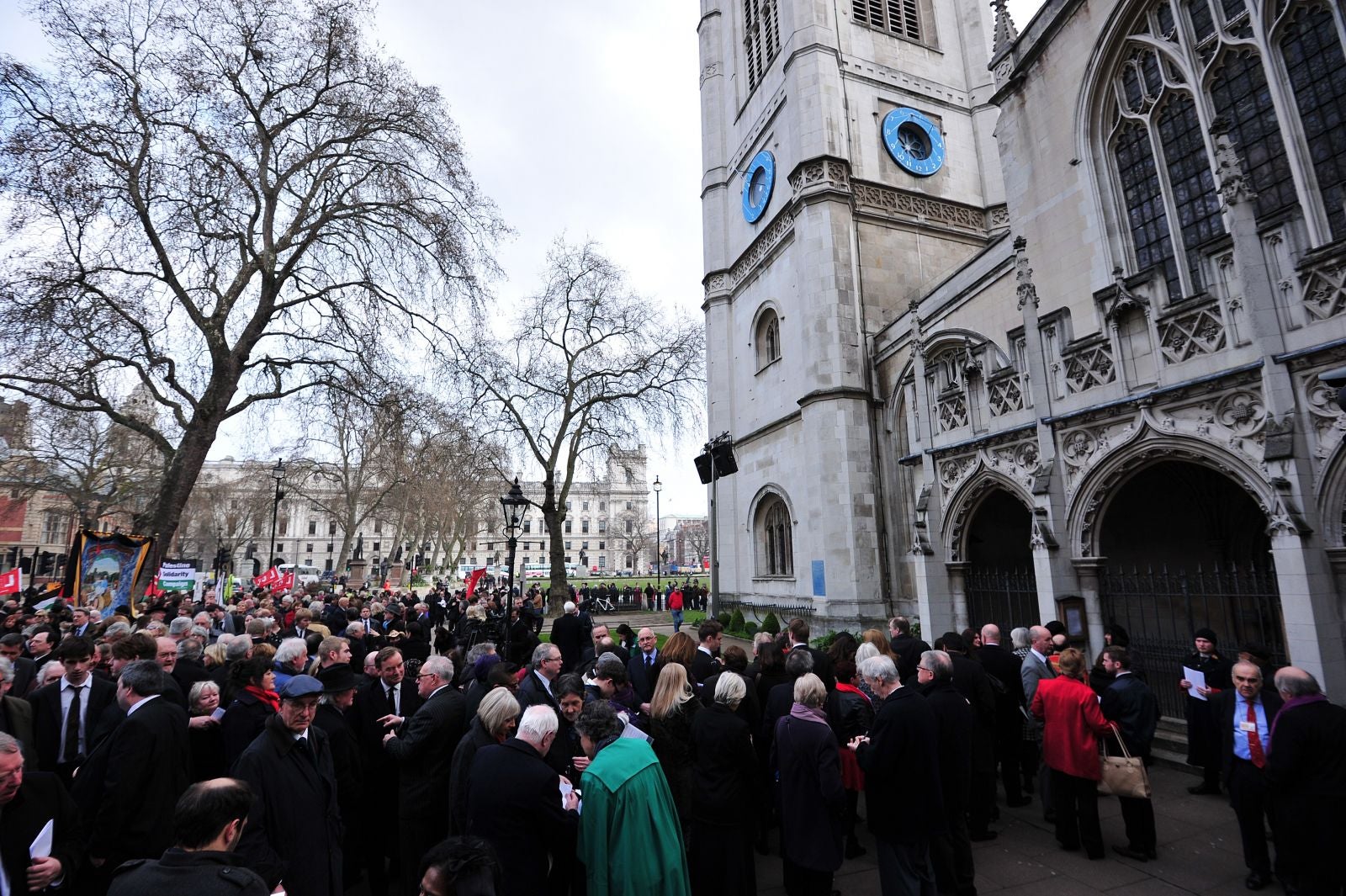 The procession route towards St Margaret’s was crowded. 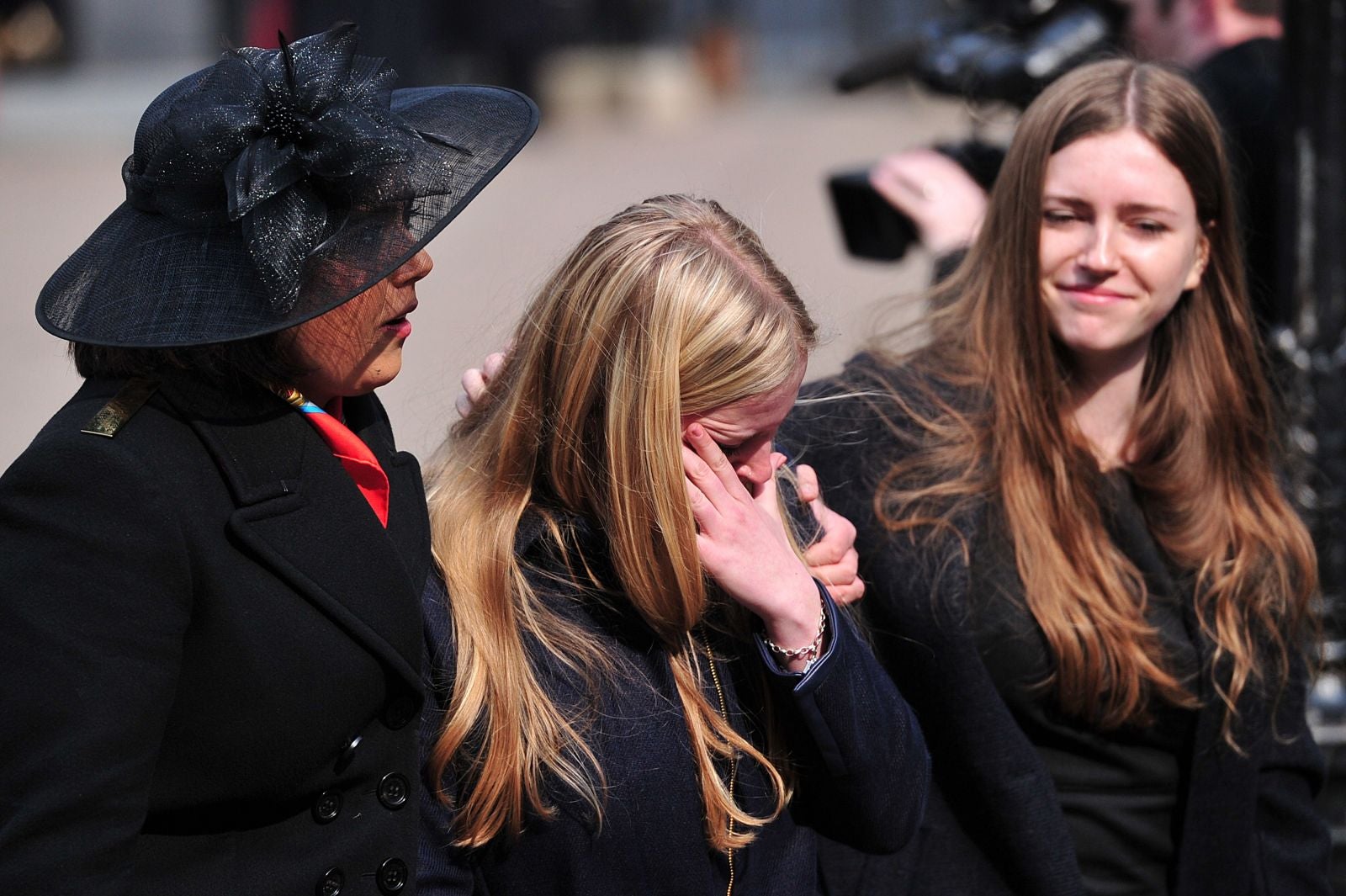 Benn was a stalwart of the left for over sixty years, and his presence will be missed by supporters. 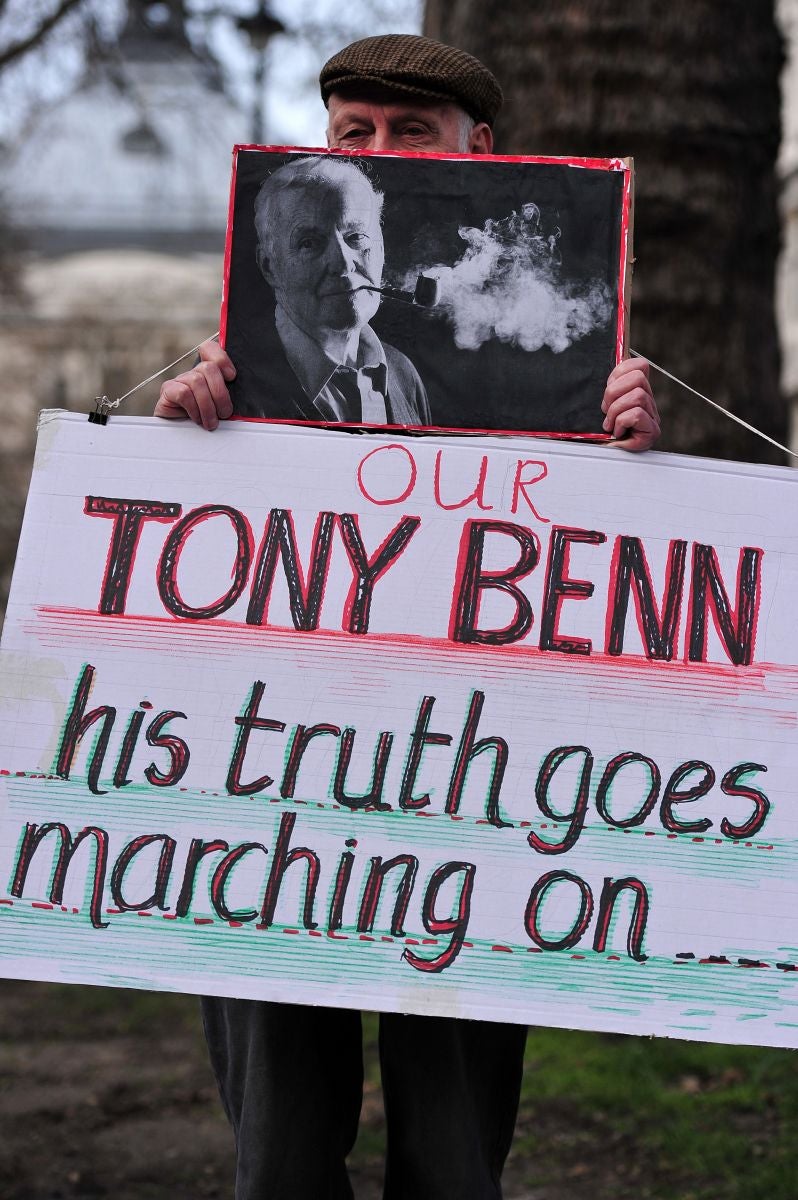 A mourner holds a banner in support of Benn. 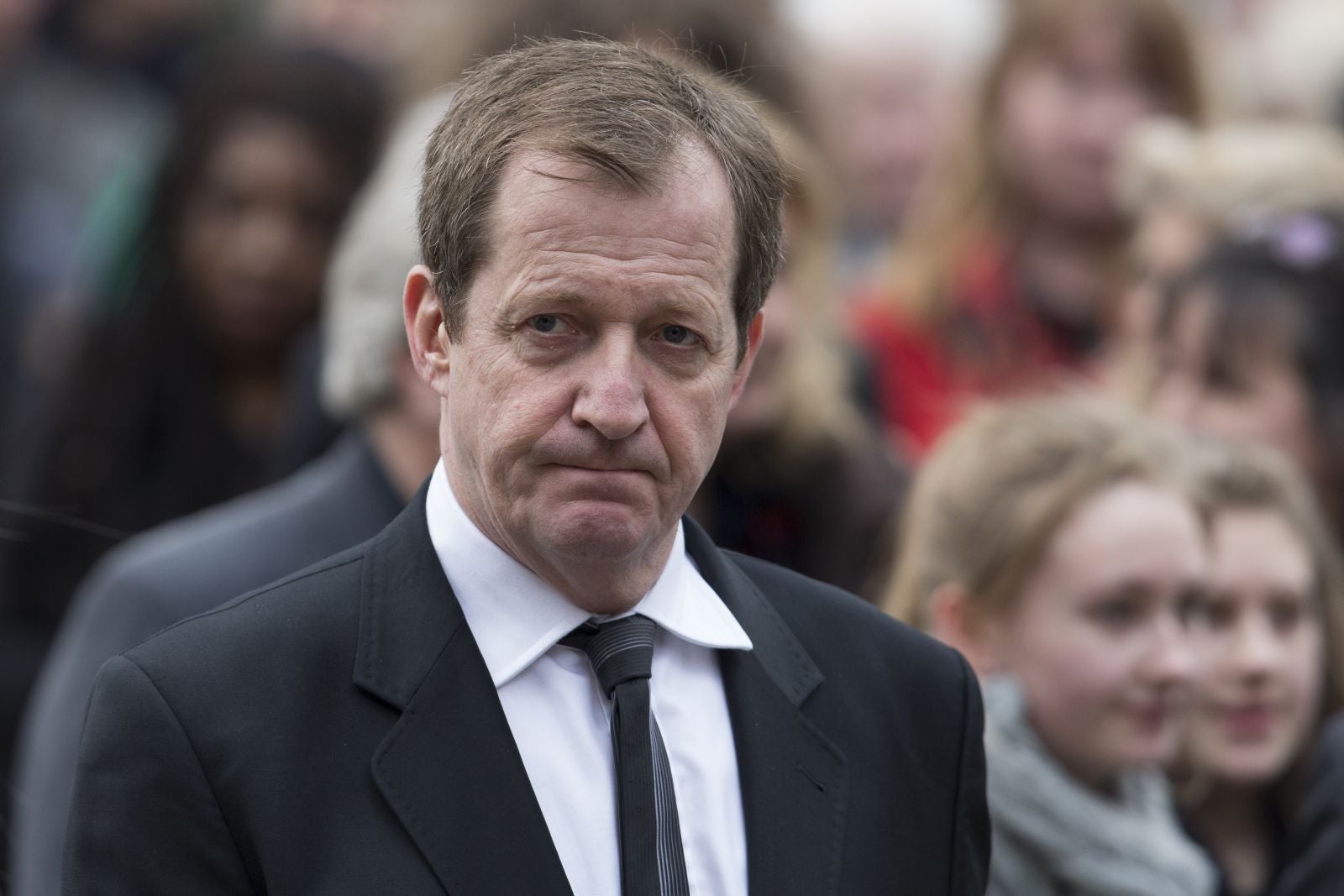 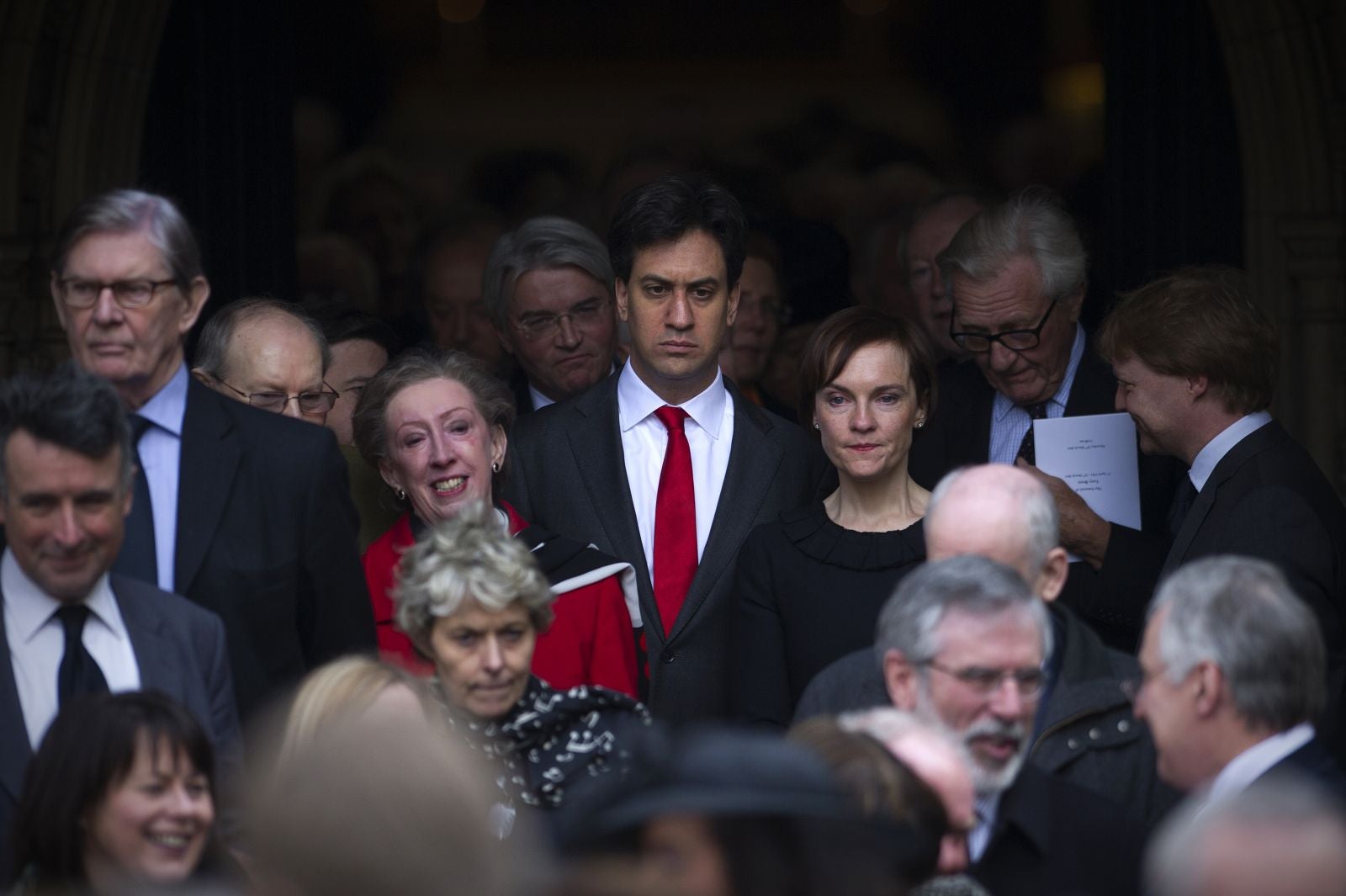 Ed Miliband and wife Justine Thornton were in attendance. Benn felt at home in Miliband’s Labour Party after years of friction with Tony Blair and Gordon Brown. 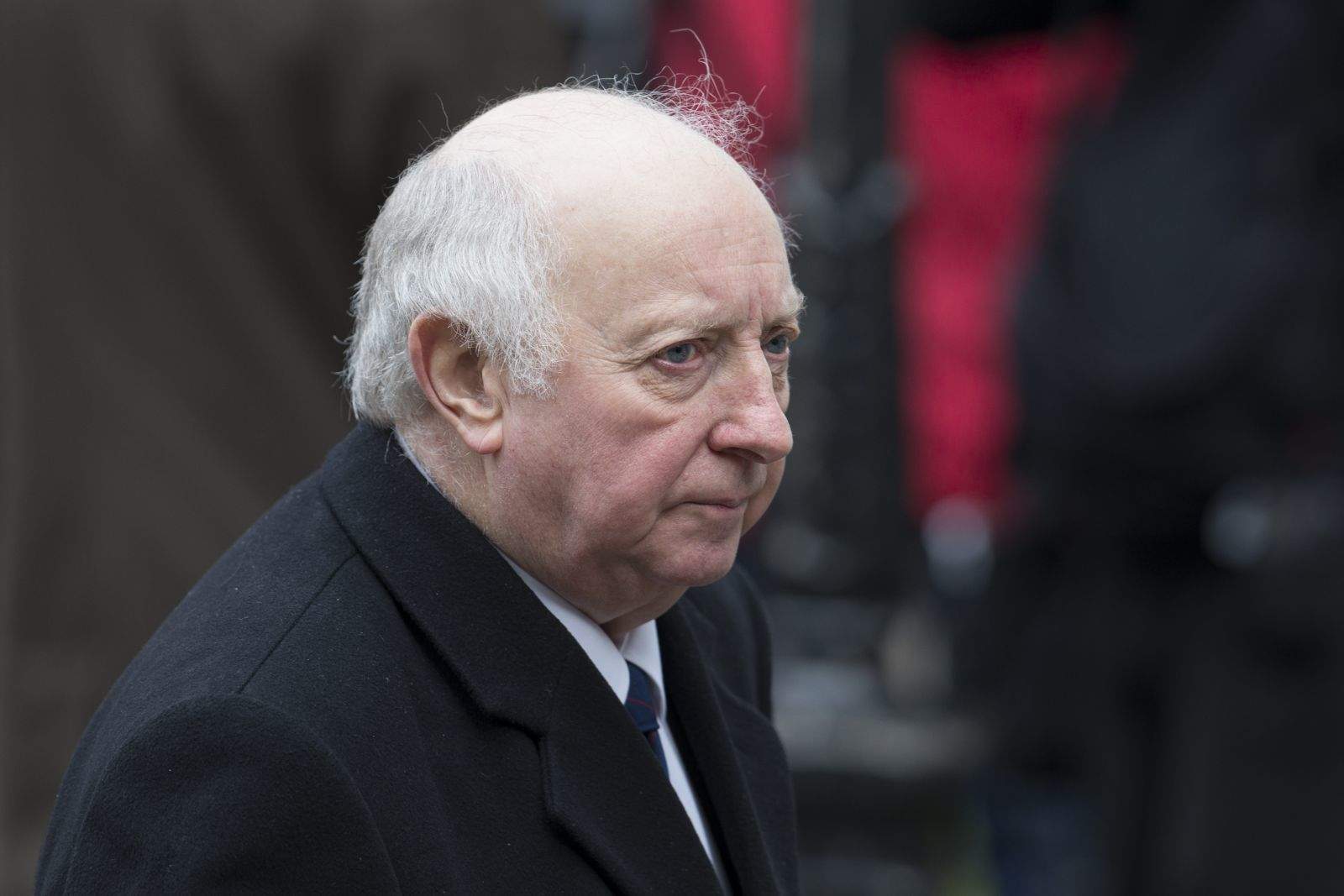 Arthur Scargill, former president of the National Union of Mineworkers, was a fellow totem of the left during Thatcher’s 1980s. 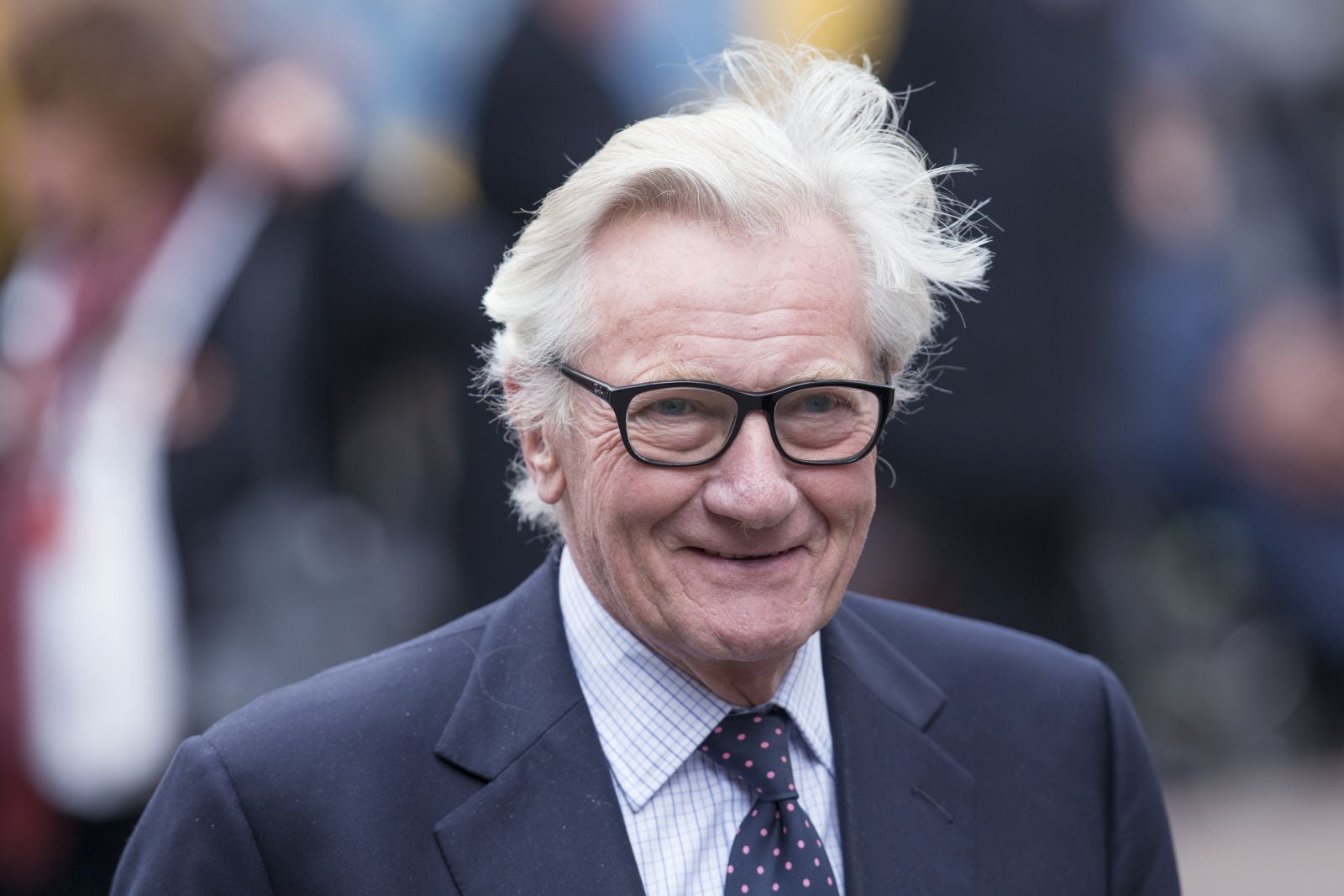 Former deputy prime minister Michael Heseltine was one of the Conservatives present. 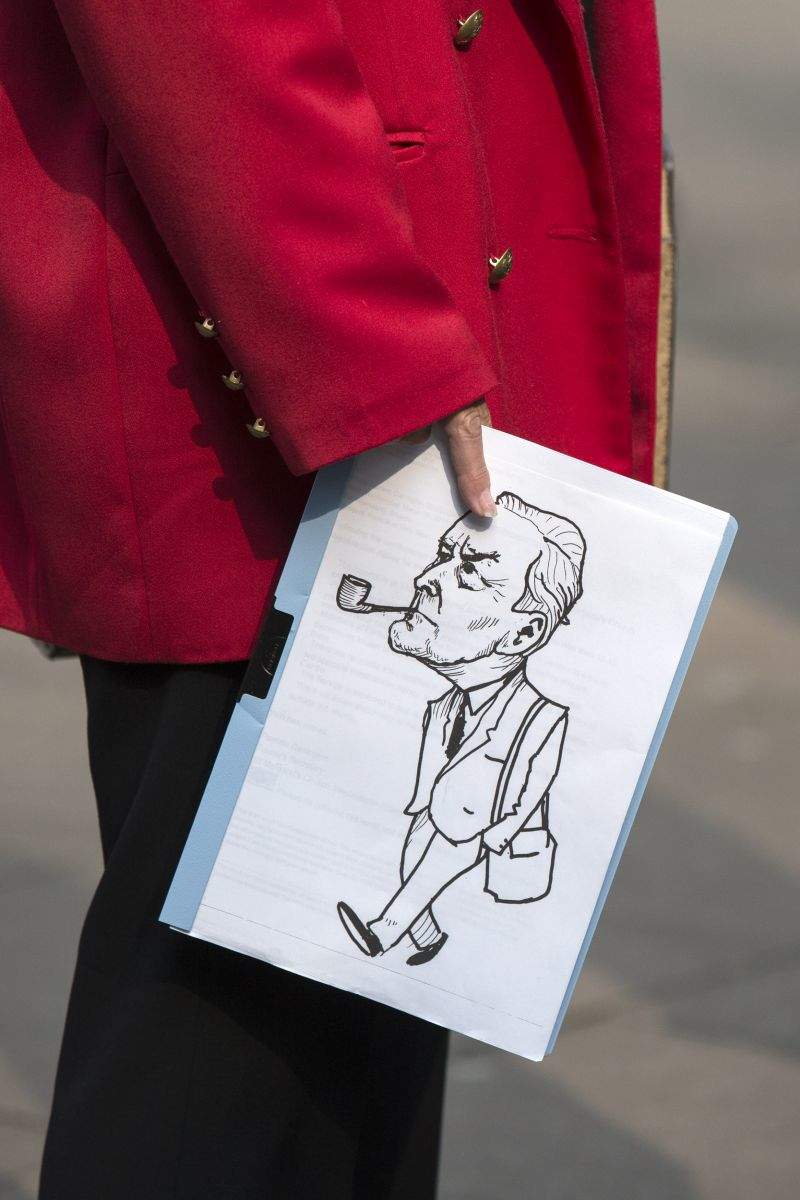 A mourner holds a caricature of Benn puffing on his trademark pipe. 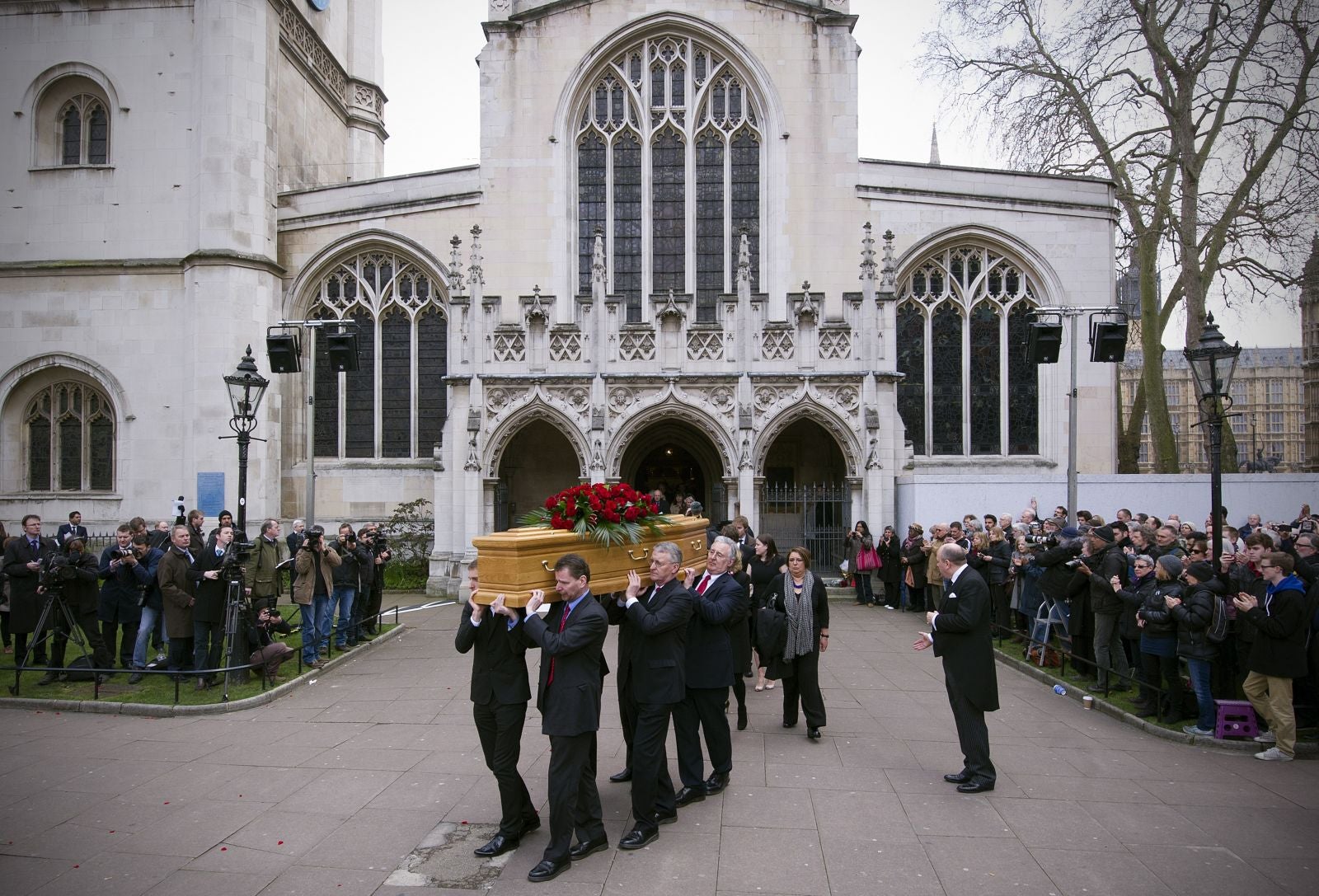 The funeral ends. It was followed by a private family cremation. A public memorial will be held later in the year.