“These candidates will not stand for Mrs May’s treaty being repackaged,” it went on – although what a PPC not standing for something actually looks like remains something of a mystery. I, frankly, will not stand for Britain crashing out of the EU without some kind of deal, because I quite like having an economy and stuff; but since I’m just some pillock on the internet with no power over events whatsoever, the fact I won’t stand for it doesn’t make a blind bit of difference. And short of an electoral upset of the sort that Hieronymus Bosch might once have painted, this lot have about as much influence as I do. 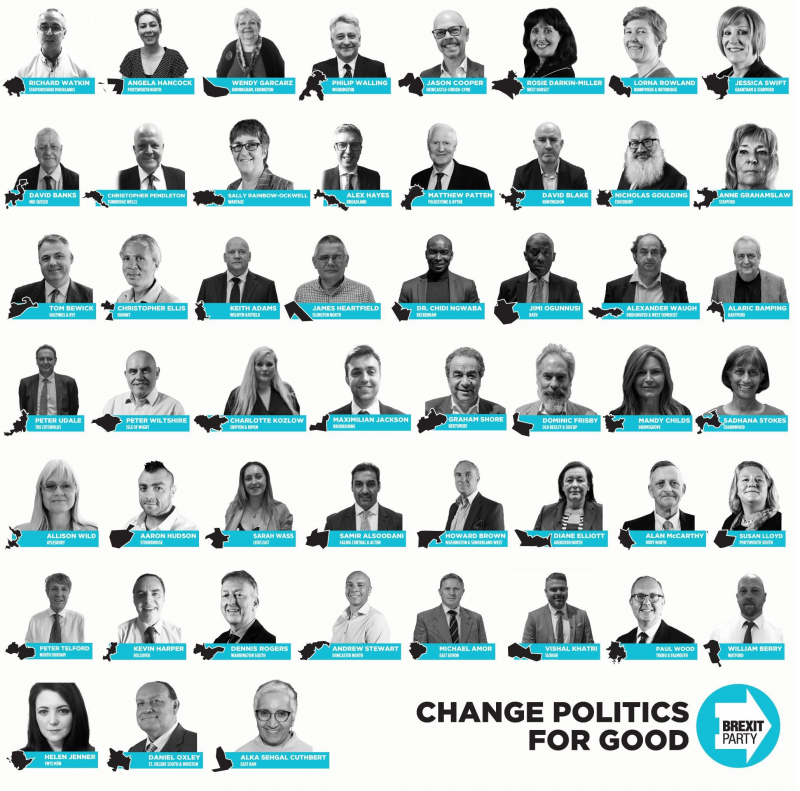 Anyway. The candidates do sort of look like a snapshot of modern Britain, in that modern Britain is a demented right-wing clown car in which not everyone is white. And, to be fair, there are some surprises in there. As well as a smattering of BME candidates, the PPC for Grantham & Stamford, the constituency in which Margaret Thatcher grew up, is Jessica Swift, who promises, “As a proud transwoman, I will always fight for equality and the rights of all groups in society.”  There’s clearly a conscious attempt to push back against the Leave movement’s socially conservative image, and present something more inclusive. 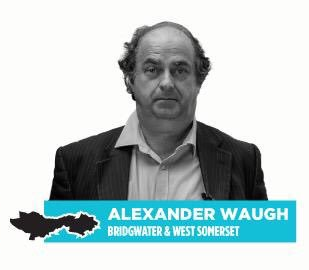 Besides looking like the sort of chap who’s just tumbled out of Wiltons on Jermyn Street after a four-hour lunch, Alexander Waugh is the grandson of the deeply conservative comic novelist Evelyn Waugh, whose most successful book Brideshead Revisited ends with the hero railing against a fellow army officer for having the gall to not be upper class.

We shouldn’t visit the sins of the grandfather on his descendants, of course. Waugh’s own career has included stints as the chief opera critic of not one but two newspapers. He’s also a firm advocate of the view that the works of Shakespeare were in fact written by the Earl of Oxford who, unlike that grammar school oik from Stratford, was presumably the right sort of chap.

Waugh no doubt has many talents, and for all I know may be excellent company at lunch. What he isn’t is a plucky young upstart hammering at the doors of the establishment, for the very good reason that he’s a middle-aged member of that establishment – he’s about as elite as you get without actually being the Queen – and his views on Britain’s membership of the European Union aren’t enough to change that.

It’s not fair to judge 50 diverse people by one member of a literary dynasty, of course, so I googled another. I chose Alaric Bamping, the candidate for Dartford, because he kept popping up on my twitter, almost certainly on account of his name. (Alaric, incidentally, was the first king of the Visigoths, and was responsible for the sack of Rome in the year 410. The more you know.) 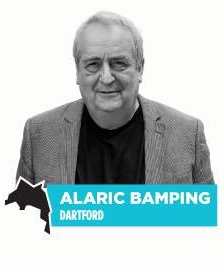 So, is Alaric, perchance, some kind of working-class hero? One hates to judge, but since he’s an antiquarian bookseller it seems unlikely. What’s more, his wife is (or at least, as recently as 2017, was) Julia Hobsbawm, daughter of the eminent Marxist historian Eric Hobsbawm, founder of Editorial Intelligence, a woman once described by the Evening Standard as “London’s networking queen”. Again: Bamping may very well be a very nice man, and I’m sure he sells books beautifully. What he is not is an anti-establishment figure railing against an out of touch elite.

Some PPCs, to be fair, do fit better with the image the Brexit Party wishes to create for itself. I’d noticed Aaron Hudson, the candidate for Stourbridge, because of his hairstyle and some vague sense there might be a joke here somewhere about Morrissey having let himself go. 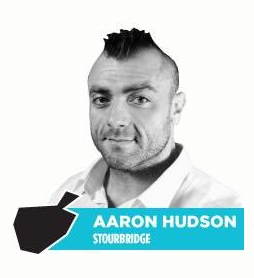 On googling him, however, I find that he has very much not let himself go – he’s a competitive bodybuilder who looks like he could throw me through a wall with one hand. He’s a coder, and he lives in his constituency with his wife and three kids, the first of which arrived when he was in his early 20s. He is, to use that awful phrase, “a real person”. Also, rather endearingly, he’s felt the need to tweet that he doesn’t have a mohawk, that’s just how his hair looks, and whatever his views on Brexit I find it difficult not to warm to someone after that. 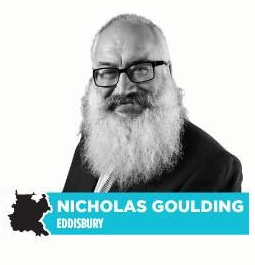 I can’t find anything on the internet about Nicholas Goulding, which I’m guessing from the facial hair is because he lived in the mid-19th century, when he was heavily involved in parliamentary crisis concerning the Corn Laws. 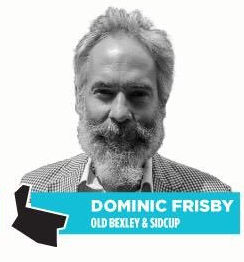 …a libertarian comedian who you’ve occasionally heard on Radio 4, who began his career with an act called “the Upper Class Rapper”, and who is also involved in a cryptocurrency start-up because he’s a libertarian so of course he is.

There’s David Banks, who one can easily imagine pointing angrily at potholes in the pages of the local newspaper: 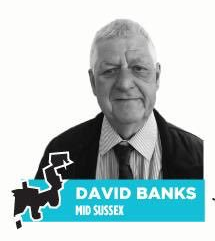 And Wendy Garcarz, whose LinkedIn page describers her as “Mindset Coach & Personal Branding Expert, Author & Facilitator Extraordinaire, Coaching todays business leaders” and I don’t know what that is but it has the word “extraordinaire” in it so I bet it must be brilliant: 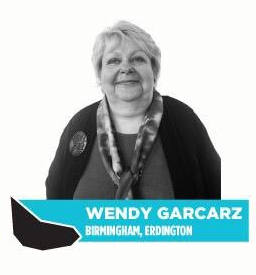 Then there’s Maximilian Jackson, who is – there’s simply no way around this problem – called Maximilian: 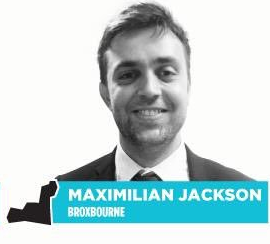 I’m going to stop there because I could keep going literally all day, and I’ve made my point. The Brexit Party, like the various earlier strains of the Leave movement before it, wants us to believe it’s a popular uprising against a stuffy, closed establishment, a wave of revolution coming from the forgotten towns of the Midlands and the North. And it’s not that no one involved fits that profile; it’s that a suspiciously high proportion of them don’t.

Instead, the median Brexit Party PPC seems to come from the same social milieu as their leader, Nigel Farage: a plummy, privately educated stockbroker who’s been a professional politician for well over two decades, and who’s made a career out of attacking the very establishment that spawned him. At some point, they’ve started using words like “elite” and “establishment” to mean simply “Remain-voting”, as if 48 per cent of the country could ever seriously be either of those things.

And the media, pro-Brexit or self-hating metropolitan liberal alike, has let them get away with it.

We shouldn’t. A lot of these guys are the establishment, and the fact that they want Britain to sever all ties with its biggest trading partners for some reason isn’t enough to change that.

What’s worse, at least one of them’s a sodding Oxfordian. Fuck’s sake.