Michael Grade was a controversial choice for chairman of Ofcom, the broadcast and communications regulator that prides itself on impartiality. A television executive turned Conservative peer, Grade has not shied away from sharing his opinions on organisations that now fall under Ofcom’s remit. He had described the licence fee as “regressive”, condemned the BBC’s coverage of partygate as “gleeful”, thrown his weight behind the privatisation of Channel 4 (despite having opposed the idea when he was its chief executive), and spoken out against “woke warrior apparatchiks” within Ofcom itself.

Grade started his £142,500-a-year role in May, after a protracted recruitment process. He emerged as the preferred candidate of Boris Johnson, prime minister at the time, only after Paul Dacre, the former editor of the Daily Mail, withdrew his application citing civil service obstruction – he referred to the process as an “infelicitous dalliance with the blob”.

When I asked Grade if he thought Dacre would have done a good job at Ofcom, he broke into a mischievous cackle at the expense of his “old adversary”. (When he was the chief executive of Channel 4, from 1988 to 1997, Grade was a regular target for the Daily Mail, which dubbed him Britain’s “pornographer-in-chief” for commissioning shows like Eurotrash.) Gathering himself, a po-faced Grade said: “He would have risen to the challenge, I’m sure.”

We spoke in his corner office at Ofcom’s HQ in Southwark, central London, with a view over the Thames. On arrival, I found Grade hunched over his computer, his suit trousers ridden up to expose bright red socks. Grade, 79, spends much of his time in Yarmouth on the Isle of Wight, but for his three-day Ofcom week he stays at the Chelsea flat he owns with his third wife, Francesca. He also holds several other board positions. 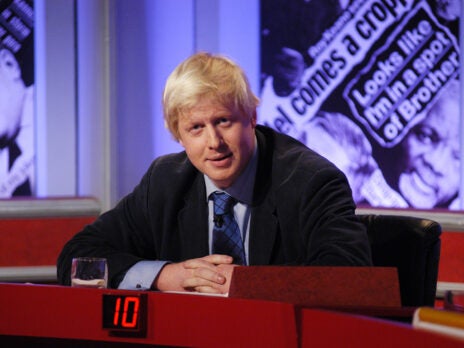 Have I Got News For You creator: “Being good on telly is not necessarily a good CV for being prime minister” 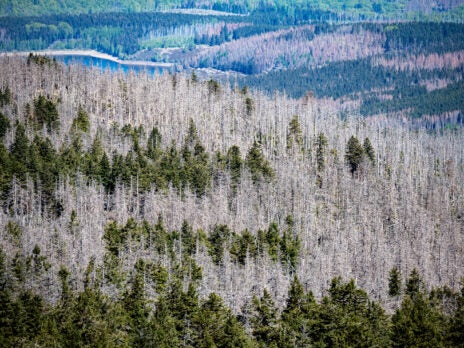 Phil Jones’s Diary: Climate change up close, the nightmares of history and working with my old friend Jeremy Vine 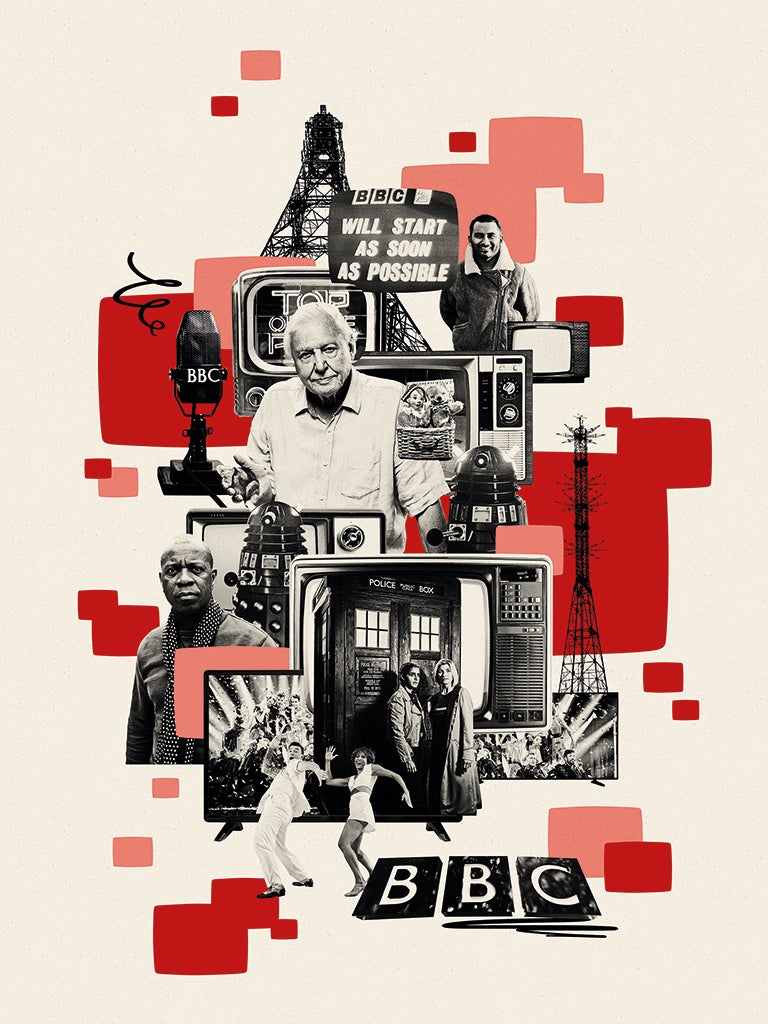 Mirror of the nation

When Grade emerged as the government’s choice to chair Ofcom the Guardian ran an opinion piece headlined “If you care for the BBC, start worrying”. Grade, who served as the controller of BBC One and then chairman of the corporation’s board, huffed when I mentioned this. “I’ve been much misrepresented about my views on the BBC,” he said. “My comment about the regressive nature of the licence fee was not an opinion – it was a fact.” He believed that licence fee payments should be graded by income. “Why should I pay the same as a single mum with three kids in a rented room in an impoverished part of the country? That’s the regressive nature of it. It wasn’t an argument for or against the licence fee.”

But Grade was willing to wade into one debate around the BBC. In August Emily Maitlis, shortly after leaving Newsnight to host a podcast with Global, alleged that a “Tory agent” on the BBC board – Robbie Gibb, former No 10 director of communications – had been able to exert influence over the BBC’s editorial coverage. “I thought her main criticism was that the BBC was open to political influence,” said Grade when I asked him about Maitlis’s speech at the Edinburgh television festival. “I couldn’t disagree with that more.” When he was controller of BBC One, he said, the board was “packed” with Tories supportive of Margaret Thatcher. He said he had faced “endless fights to get programmes on the air” but that, even then, it would have been “unthinkable” for BBC bosses to cave into pressure.

Grade joined the House of Lords as a Conservative peer in 2011. Upon joining Ofcom he resigned the Tory whip so as to work with due impartiality. He is now trying hard to keep a lid on his views. “Opinions are not the currency of Ofcom,” he said. “Any decision that comes out of this place is not based on anybody’s opinion. You might have an opinion going into a process, but it counts for nothing. So my opinions are valueless here – which is rather liberating.”

In 2021 Grade wrote to Ofcom’s chief executive, Dame Melanie Dawes, to say that he was “deeply troubled” after learning that the regulator was investigating a small nostalgia channel, Talking Pictures, for broadcasting an old episode of the comedy Rogue’s Rock from the 1970s that contained a “blackface” scene. He said at the time: “I thought I needed to make a statement to stop any woke warrior apparatchiks in Ofcom from pushing that agenda.” I asked Grade if he now regretted his wording. “No. I was trying to get a point across,” he said. “I had no idea at the time I was going to end up as the chairman of Ofcom. I was trying to save this little channel.”

Grade said he had been impressed by the staff since joining. “The quality of brainpower in this place is actually quite scary,” he said. “It’s very stimulating.” He and his staff will need all the brainpower they can muster as Ofcom prepares for the Online Safety Bill. If and when it passes into law, the organisation will be responsible for regulating technology companies and ensuring they are working to tackle the spread of harmful content on social media.

I met Grade shortly after the release of a coroner’s report on the death of Molly Russell. It ruled that the 14-year-old had taken her own life “while suffering from depression and the negative effects of online content”. Grade said it was hearing about experiences like Russell’s, as well as past work with the Samaritans, that inspired him to take an interest in the Online Safety Bill and to apply for the Ofcom job. “When you read the coroner’s report, it’s clear there were errors,” he said of Russell’s case. “There was stuff that she was getting that she shouldn’t have been able to get. That was a failure on the part of the tech companies. They fed her anxiety with all this stuff about self-harm and suicide.” Grade said that, while “hard cases make bad law”, he believed the Russell case was a “microcosm of the risks inherent in social media. There is this toxic corner of the internet. We’ve got to get the big tech companies to take responsibility in a way that they’ve not been.”

Some have questioned whether Grade, a soon-to-be octogenarian who does not use social media, is the right man to guide Ofcom through this period. Naturally, he disagreed when I put this to him. “It’s just such a simplistic nonsense – I mean, I’ve had hours and hours with the team at Ofcom understanding algorithms and how they work,” he said. “It’s such a simplistically dumb idea that if you use social media, you understand how tech companies operate – that’s just a joke. I mean, do you understand how the algorithms work?”

I suggested that some might argue Ofcom would be better off with a chairman who had personal experience of encountering online harms. “I’ve spoken to a lot of people who have,” he countered. “And it’s horrible. And there are endless stories in the paper about footballers, racism, antisemitism online – all the stuff with Luciana Berger and the Jewish Labour MPs, and so on. I mean, it’s just vile. You don’t have to be on social media all the time to know what’s going on in the world – believe me.”

Recent reports have suggested that the passage of the Online Safety Bill could be scuppered by delays in parliament, but the government has said it is committed to passing the legislation in early 2023. Grade said the UK was likely to be the first of several nations to pass similar legislation that seeks to tackle online harms. “My impression clearly is that the world is watching what we do with this bill – it’s pathfinding legislation,” he said. Grade added that technology giants would have to take the laws “seriously – because nobody wants a brand to be tainted by causing harm”.

He is due to serve a three-year term at Ofcom. I asked him if he viewed the Online Safety Act, and Ofcom’s role in its implementation, as a legacy project. “No, that would be very egotistical,” he said. “I’m just here for a few years to help them through this massive job. To bring my experience, common sense and knowledge that I’ve acquired – or not acquired – over the years. I don’t know, I never think of legacy.”

After that, at 82, he will be free to rejoin the Conservative Party in the House of Lords. Was that his plan? “I’ve no idea,” he said. “I’ll probably retire to the Isle of Wight and go sailing. That’s my passion.”

[See also: Inside the BBC reckoning over its UK economy coverage] 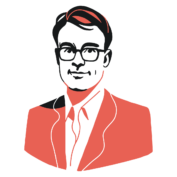