Ian Watkins, former lead singer of Lostprophets, was convicted of appalling crimes this week. Ian Watkins, also known as H from Steps, was not.

It was bound to happen, but this is a shocker by E! Online: 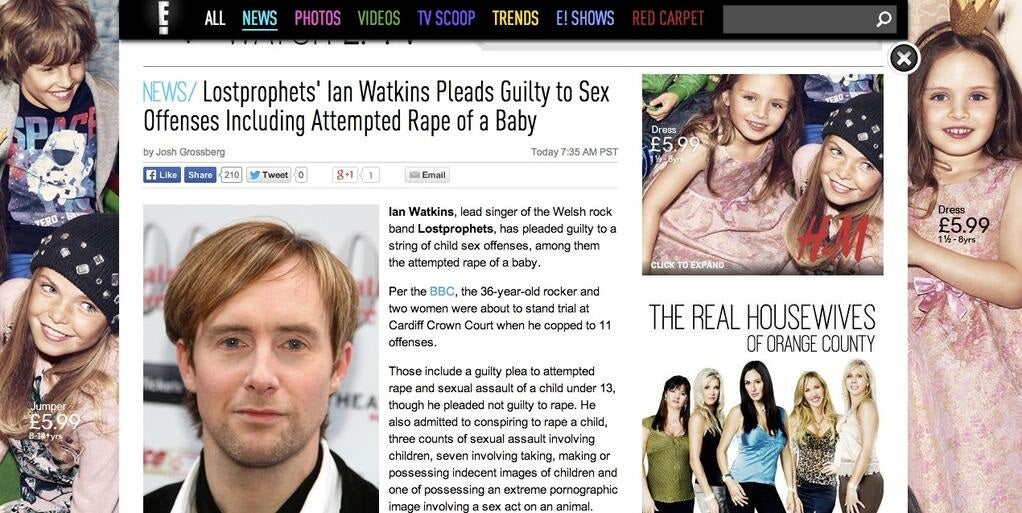 It took about half an hour, and the whole of Twitter noticing it, before E! took it down. Somewhere, a picture editor is getting an earful about libel law.

There’s also a lesson here for websites with content-related adverts. It’s unlikely that H&M is keen on its clothing for children being associated with this story either.