The town of Cromarty, an old sea port and tourist trap in the far north of Scotland, has more than its fair share of graveyards. Cemeteries cover the hill that rises gently behind the town, including one in the grounds of a Gaelic chapel, built by the local laird in 1784 to help absorb an influx of Gaelic speakers displaced into Cromarty by the Highland Clearances. The chapel is now ruined and roofless. Many of the gravestones are themselves buried beneath weeds and vines.

Today, the Cromarty Firth is another kind of cemetery. Since the arrival of the North Sea oil industry to Scotland in the 1970s, the Firth has been used for the maintenance and storage of oil rigs. Disused rigs are sometimes parked there seemingly indefinitely, giving the Firth the appearance – in the words of one local SNP councillor – of an “oil rig graveyard”. Last year, as the pandemic plunged the industry into crisis, it filled up with 17 platforms, forming a queue of huge, skeletal hulks looming over Cromarty itself and stretching away into the sea haze towards Invergordon in the west.

In Edinburgh, almost 200 kilometres to the south, the fate of oil is a less immediately tangible question. But it still looms. Scottish nationalism’s boom in the 1970s was famously “oil-fired”. It was built on what the SNP intellectual Stephen Maxwell called “a revolution of rising expectations”, as the flow of dinosaur-wine engorged the national imagination. Yet the black gold was a mixed blessing from the start. Dreams of public ownership contended with US multinationals for the affections of the nationalist movement. Sleepy coastal communities were overturned by the sudden shock of wealth and industry. The economic consequences – a harder currency, a cheaper fuel – threatened to strangle the Scottish labour movement’s roots in coal power and industrial exports.

The old industries have mostly gone now, while oil is Scotland’s second most valuable export behind food and drink. In 2019 the fossil fuels sector made up approximately 10 per cent of Scottish economic output, supporting more than 100,000 jobs. Oil is refined – or turned into various other products – at the sprawling Grangemouth complex near Falkirk, one of Scotland’s last major manufacturing hubs. Efforts to make Scottish industry less dependent on fossil fuels in recent years have faltered, and the production of infrastructure to meet the country’s huge renewable energy potential has fallen into the hands of foreign yards and owners. If Scotland’s new, green economy is struggling to be born, the old, polluting world is flirting with a resurgence in the form of the huge new Cambo oilfield to the west of Shetland. 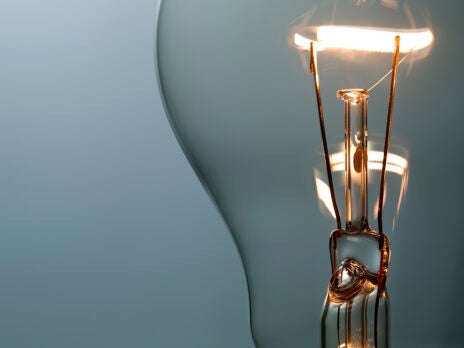 If burned, the 800 million barrels available in the Cambo field would create ten times Scotland’s current annual carbon emissions. The current license is for 170 million, the emissions of which would be equivalent to 18 coal-fired power plants running year-round. Even as Glasgow prepares to host the UN Climate Change conference (COP26) this November, the UK government is reportedly planning to allow Cambo to go ahead, despite the International Energy Agency’s insistence – echoed by the US climate envoy John Kerry – that projected global demand for oil does not require any new fields. On 19 July climate activists opposing the Cambo plans occupied the entry foyer of the new “UK government hub” in Edinburgh, an ostentatious flag-branded statement of Westminster’s continued presence in Scotland just a few hundred metres from Holyrood. Both the Scottish Greens and Scottish Labour lodged motions in the Scottish Parliament opposing the new field, yet the Scottish government – usually keen to burnish its green credentials as well as play up any tensions with Westminster – has been far more coy.

While onshore licensing is devolved, allowing the Scottish government to place an effective ban on fracking, offshore licensing and most of its subsidy regime is reserved to Westminster. The 1970s SNP slogan – “It’s Scotland’s oil” – emphasised the potential of extraction, albeit at a more cautious pace than the UK pursued, but today it ought to work in the other direction: the power to halt this planet-killing industry in its tracks is beyond Scotland’s democratic reach, despite a far more favourable political climate for bold environmental action. The Scottish government claims that its own support for oil and gas, which takes the form of various subsidies, is conditional on its contribution to a transition to renewables, yet it has mostly used its devolved authority to lobby the UK government for measures to support “maximum economic recovery” in the North Sea.

The argument is usually framed as a conflict between steady, well-paid jobs and radical climate action, which is why the climate movement is increasingly focused on the demand for a “just transition” that puts green jobs at its heart. A recent survey of 1,383 offshore workers illuminated the depth of insecurity in the industry after long-term problems were exacerbated by the pandemic. More than 80 per cent of those surveyed said they would consider transitioning to a job outside of the oil and gas industry. Neither the Scottish or UK governments, however, have made the effort to stimulate the emergence of mass employment in decommissioning, renewables and other climate-friendly sectors such as public transport and the retrofitting of housing. Fear of being seen to threaten existing industries – no matter how precarious and unsustainable they are – has become a dangerous obstacle to the creation of new and safer alternatives.

One possible source of change could be the current negotiations between the Scottish Greens and the SNP over a governing deal, as Nicola Sturgeon looks to bolster her government’s environmentalist credentials in advance of COP26. While this may lead to progress in areas such as transport, a Green spokesperson tells me that Cambo, as a reserved issue, is “not front and centre” in the talks. As in New Zealand, where Labour’s Jacinda Ardern governs with formal Green support, there may be several areas where the two parties agree to disagree.

But the world does not have time to agree to disagree. The Cambo plans should at the very least be an opportunity for the SNP to take a stand against the UK government’s irresponsibility, and demonstrate the progressive ambitions of an independent Scotland on the world stage by calling for a moratorium on new oil and gas projects. The party’s own Sustainable Growth Commission envisioned a Scottish economy without oil, yet in its place it offered tight controls on public spending, the retention of pounds sterling and dependency on foreign investment.

It is striking to remember that just two years ago, Labour’s plan for a “Green Industrial Revolution” offered a combination of climate action, social justice, regional empowerment and an interventionist industrial strategy – precisely the kind of approach that could accelerate the end of the fossil fuel industry while liberating local communities from its grip. With ambitious state support and direction for renewables fabrication yards at sites such as Nigg and Ardersier, the Cromarty Firth could quickly transition from “oil rig graveyard” to a hive of new life. Yet with floods and heatwaves dominating headlines across Europe, it is a damning indictment of politics in both Edinburgh and London that Corbynism was deemed the unrealistic and irresponsible option.