The travel writer and memoirist Horatio Clare’s latest book, Heavy Light, begins with a family skiing holiday organised by his partner, Rebecca. Clare had been working too hard, drinking too much, smoking too much cannabis; she hoped a break and the mountain air might calm him. But Clare was also on a secret mission. This ski resort was teeming with undercover agents; he had to remain on high alert, awaiting his instructions, managing his alliances. At times he might begin to grasp how much his erratic behaviour was upsetting his family, but almost immediately the delusions would subsume him again. In the weeks that followed he became more estranged from his family and from reality, until finally he was sectioned in January 2019.

On his first night in hospital he was given the antipsychotic quetiapine, and “the mania and delusions began to drain out of me like pulling the plug out of a sink”, Clare recently told me, speaking on Zoom from his flat in Hebden Bridge, where he once ripped holes in the ceiling and wired the hi-fi and his laptop to the radiators. Once in hospital Clare was forced to confront the enormity of what had happened: everything he’d put his family through, his status as an involuntary inpatient, how fragile his selfhood felt when he was not an elite operative married to Kylie Minogue. He began writing Heavy Light in hospital, first documenting his breakdown and shaky steps to recovery, and later investigating how in the UK we treat – and more often, mistreat – madness.

Clare should have seen a psychiatrist within 72 hours of being sectioned but waited almost five days. The “famous Dr X” demonstrated little interest in Clare’s story, or his assertion that the psychosis had been triggered by cannabis and had since passed, but instead insisted that Clare pick one of three antipsychotic pills. The process was unscientific – Dr X knew no better than Clare which might work – and it was coercive. Clare knew the harder he protested his sanity, the more insane he would appear. “Either you have to wear a label you don’t recognise, or you have to give up a kind of independence of thought and hope. I found it torturous,” he told me.

Clare believes overstretched, underfunded mental health services are often too slow to respond to people and families in crisis, and rely too heavily on medication at the expense of psychotherapy and newer, more holistic approaches such as Open Dialogue. He is critical of the stigmatising and “terrifying” language of mental illness, the misconception that a vast gulf separates the sick and the well, and the idea that madness is an ailment like a broken leg – something predictable and measurable – rather than something entirely unique to the individual. 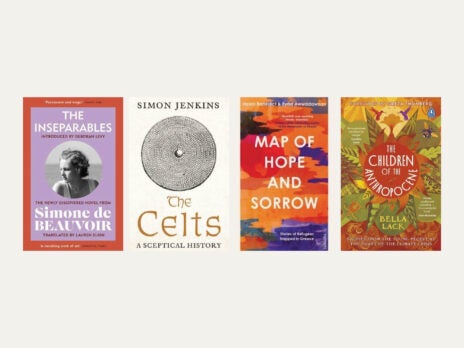 Even “mental health” is a “dreary, off-putting phrase that summons the abyss”; he prefers “well-being”, or, perhaps, older, more informal terms. “Loopy, bonkers, nutty, fruitcake, batty, bananas – it sounds to me as though in the language there was a sort of cultural acceptance of eccentricity,” he said. “I think the internet has both turned us inwards and fostered a misty conformity on us, a feeling that it’s easy to put a foot wrong.”

Clare was released from hospital after 19 days, and then weaned himself off anti-psychotics without telling his psychiatrist or even his wife. He found therapy immensely beneficial, including a method known as eye movement desensitisation and reprocessing therapy (EMDR) that involves revisiting traumatic experiences while distracting the conscious mind through repetitive eye movements. He revisited the joy and terror of his childhood on the subsistence sheep farm in Wales that his parents, both journalists, had bought together, and the guilt he felt when they subsequently divorced. He had written about these experiences in his first book, Running for the Hills, and his writing has explored his struggles with mania, depression and cannabis addiction. But writing “only gets you so far”, he observed. “What you need as a full and balanced person is to have those feelings close to you and expressed, not bottled up and used as an inkwell,” he told me. Therapy is “the twin” of writing, he said, “and clearly, I needed both very much”.

In some ways he needed his breakdown, too, if only because it seems to him inevitable now that he would have snapped under the pressure of his perfectionism, his drug use and his internal contradictions. “I was trying to be the family man, the writer, the teacher. And at the same time, the kind of free-ranging romantic git that I’ve always rather disliked about myself,” he said. He had to painstakingly put himself together again. In a sense, he still is: “The hardest question my therapist asked was, ‘Who would you be without writing?’ and I still struggle to answer it.”

Before the pandemic Clare had been returning to his former hospital to run creative writing workshops with the patients. He knew what these men needed and most wanted was therapy, a chance to talk about their pasts and to better understand themselves, and his writing sessions were an attempt to fill this gap. He has been working on a creative writing app modelled on the “Couch to 5k” programme for new runners, and teaching creative writing at Manchester University, and exploring the moors with his eight-year-old son. The days were lengthening again, the second wave of the coronavirus was receding, and Clare, who has written books about traveling the world on container ships and tracing the path of migrating swallows, was beginning to dream of travel again.

“In some ways [the pandemic] returns us to a much earlier era of travel writing, when the worlds beyond the horizon were unknown. It will wonderful to see what the world is like beyond the horizons we’re allowed. I can’t wait,” he said. “I’m hugely optimistic about that, actually.”

[See also: Julian Baggini on how Covid created a hierarchy of suffering]