The Covid-19 crisis will lead Western economies to shrink by more than in any year since the Second World War, economic experts have warned.

Financial analysts from GlobalData have published new forecasts suggesting global GDP will fall by 0.9 per cent in 2020. 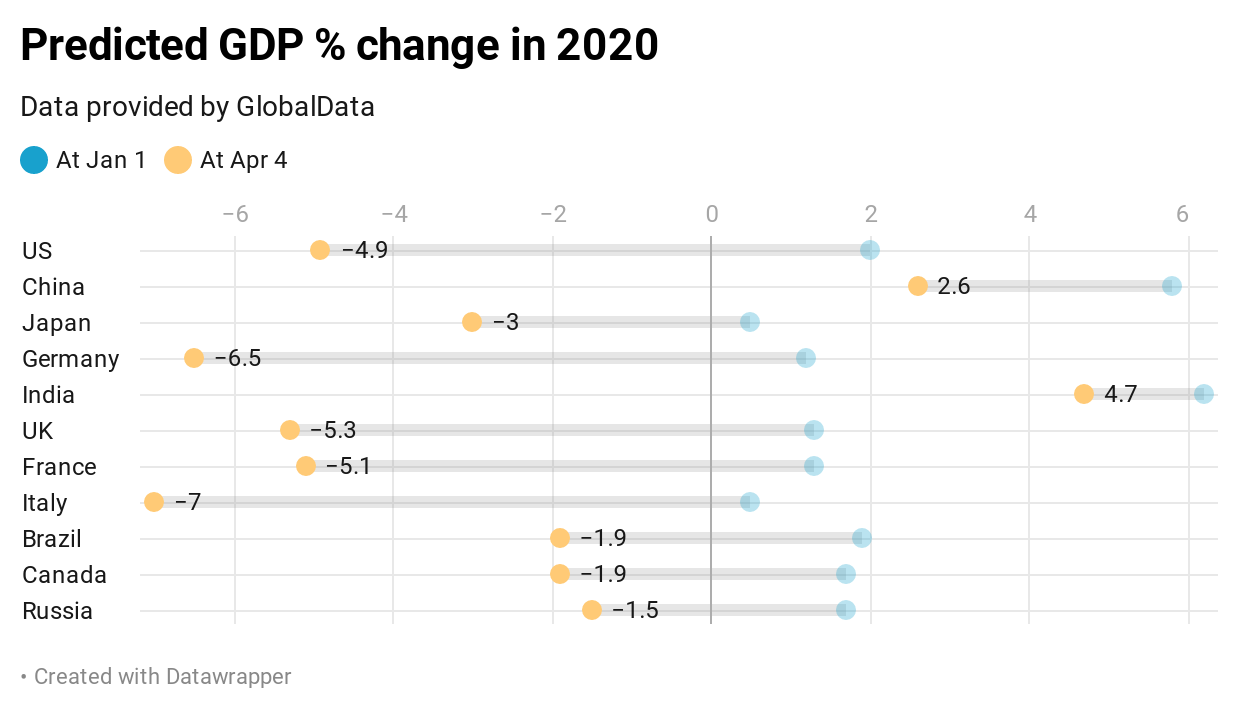 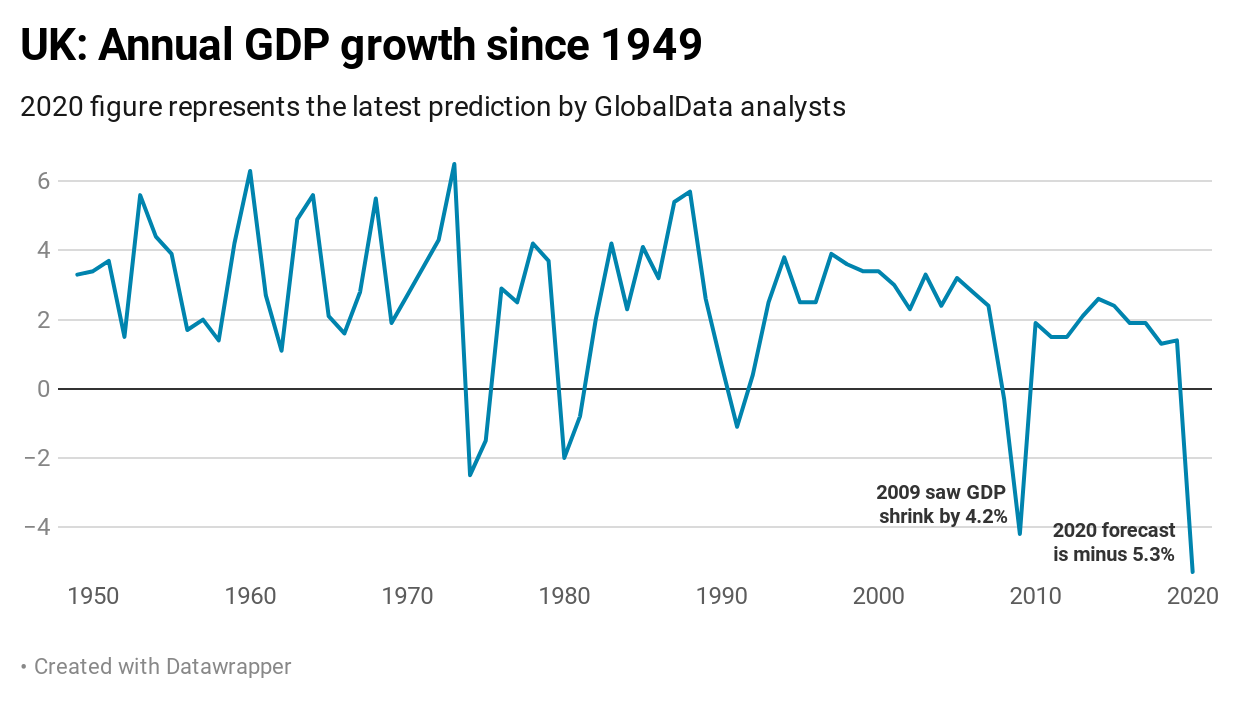 The GlobalData forecasts are for calendar years rather than individual quarters. Other economists have predicted a deep drop-off in the second quarter of this year, followed by a slow return to something resembling normal conditions. That would mean a great deal of economic pain over the summer, easing towards the year’s end. Nonetheless, the overall picture for the year would remain the worst in peacetime.

The speed with which the forecasts have been revised downwards also gives cause for concern. At the start of 2020 almost every country monitored by GlobalData was predicted to experience economic growth this year. 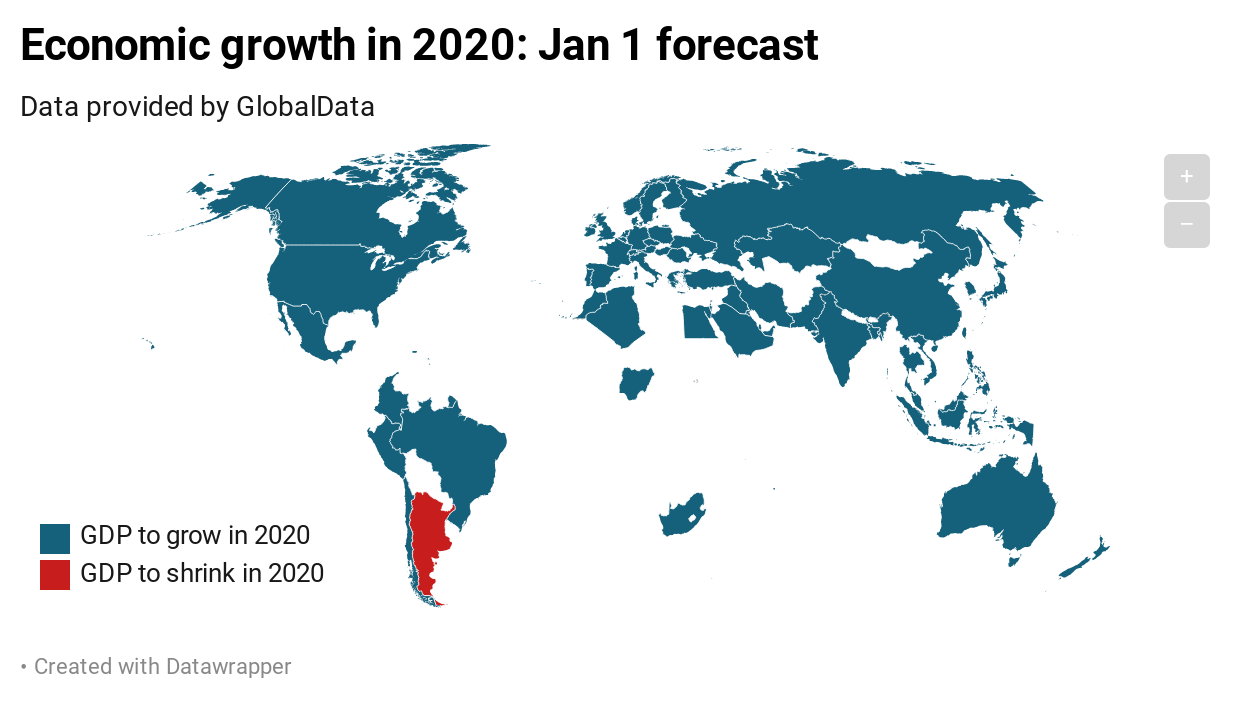 As recently as 14 March, three days after the World Health Organisation declared a Covid-19 pandemic, all countries other than Italy, Iran and Japan were still forecast to grow. 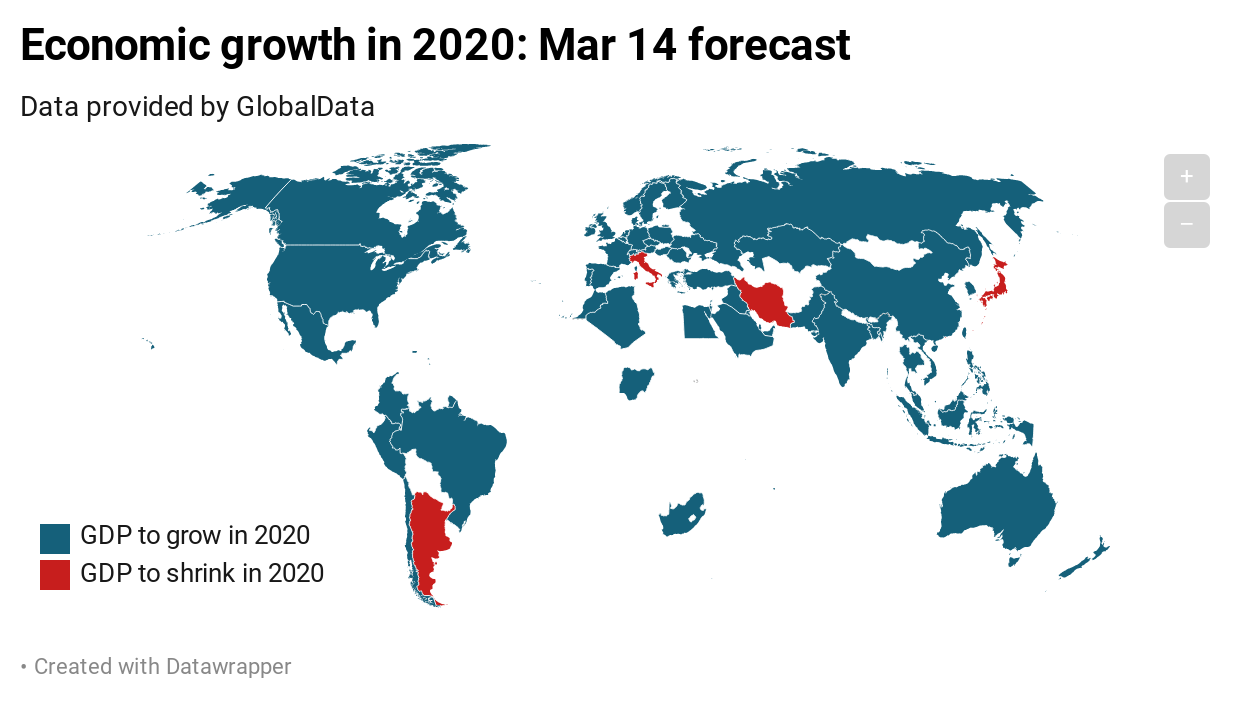 Revisions to the forecasts a week later showed how quickly economic distress – as well as the disease – spread around the world. 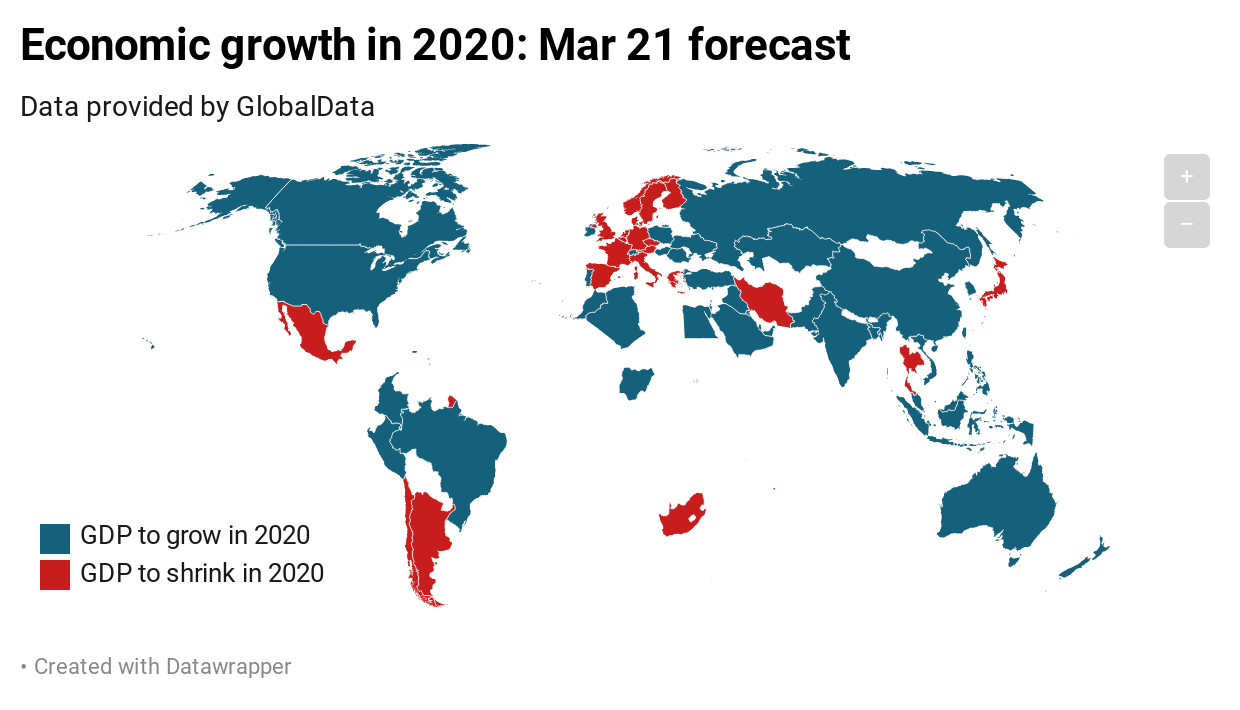 By 21 March the picture in Europe was one of almost uniform recession. 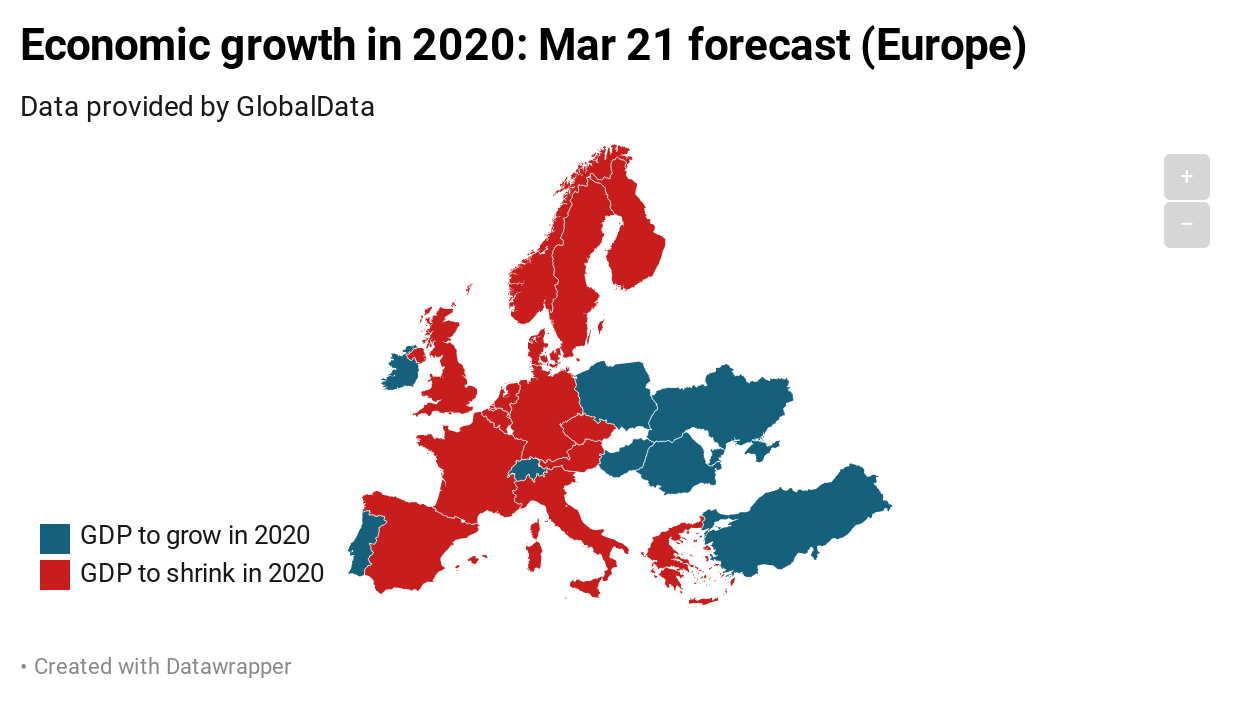 Now, two weeks later, only a handful of countries are predicted to experience growth in 2020. 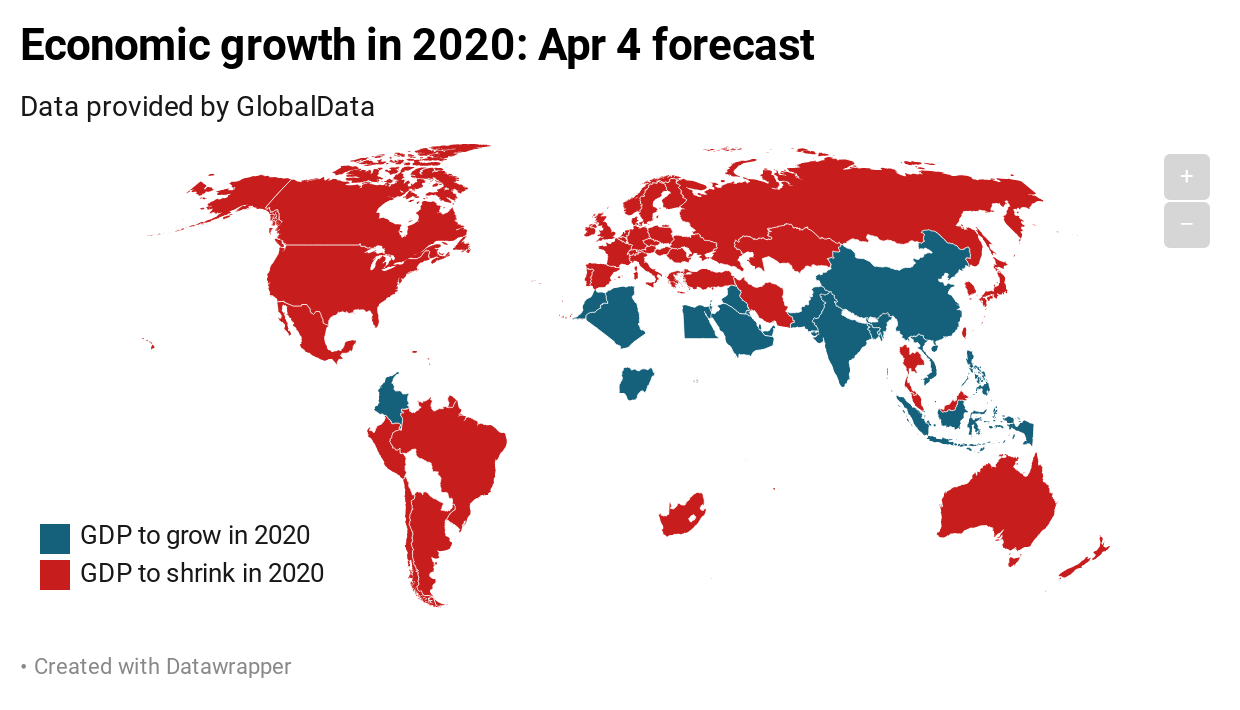 One small ray of hope is that China – which was hit by Covid-19 earlier than others and where new cases have now slowed to a trickle – is still expected to experience economic growth in 2020, although that figure has been revised downwards from 6.2 per cent at the start of the year, to 2.6 per cent now.